Are you someone who likes to knock their brains and get it into high gear often? Do you like puzzle games and games that stretch your game to the limit? If you do, then I’m sure that you must have played a lot of different titles like Tetris that really push your brain to its limit when they really come to their prime. I’m someone who personally loves to play puzzle games because of the stark contrast that they pose compared to other games that are more reliant on muscle movement and memory rather than actual mental prowess. That is not to say that they are not mentally stimulating. It’s just that they are nothing like the upcoming game ALICE Fiction which has already reached more than 700,000 registrations for playing the game on launch. That is right, almost a million people have already subscribed to this upcoming game.

Now, I am quite sure that there are many of you who might be wondering what the fuss is actually about and what this mysterious game is. But the fact is that we are as much in the blue about the game’s actual gameplay as we are about what it is really going to be like. The developer for the game has been quite mysterious about the game but has also been building hype using the power of good marketing. They are marketing the game as one that is concerned with the metaverse and that will incorporate the elements of the games that they have made before, keeping in mind the feedback from the users. Now, I’m personally really hopeful for ALICE Fiction and the way that it is being touted to be one in the metaverse. However, maybe we should talk a little about the game to give you some more clarity.

ALICE Fiction: About The Game 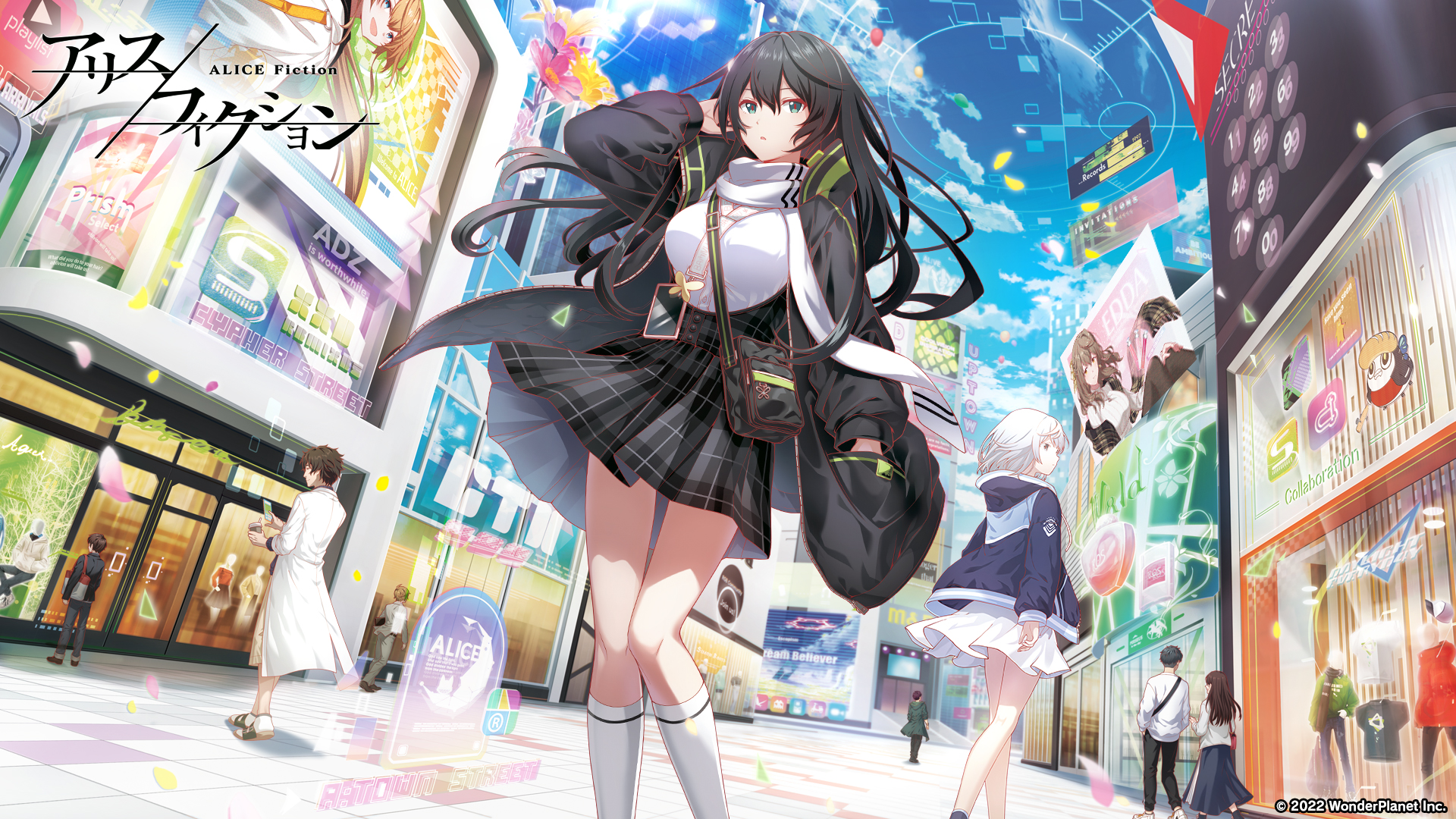 Alice Fiction is touted to be an RPG in Wonder Metaverse. Now that title is as confusing for us as it is for you. It simply doesn’t make any sense to the ordinary reader and seems more like a marketing move than anything. But even if it has some real gameplay and story behind it, it seems like quite a bit of a stretch from an RPG game to one that is set in a metaverse. In fact, it is being said that ALICE Fiction is an RPG with high-speed puzzle elements which the players will have to solve in order to gain an advantage in battle. Similar to Tetris, the players will have to break the panels as soon as they can but with the added advantage that more combos will give them better powers and combos during combat.

However, the way that all this will work still remains a mystery for all. With the game under development, it is tough to say what the actual game will look like. However, with what we know about ALICE Fiction so far, it is tough to say where exactly it fits in the metaverse. The metaverse is a concept that we simply know almost nothing about right now and the liberal usage of the word here is rather big by the company. However, the way that we will know more about the game is simply by playing it, and that is something that is going to happen quite soon.

Read more: Golden Bros: A Step Ahead For Blockchain Gaming

This is the cherry on top of the whole ALICE Fiction release. The game is now being opened to a number of players in closed beta. This will allow the players to experience the game for itself and be able to know what it is going to be all about. ALICE Fiction is being released on Android and iOS for most modern smartphones and the company is quite positive about the response to the game as there are already over 700,000 registered to play their game as soon as it is launched. That is a big number for any game and ALICE Fiction is looking to become a big player really quickly. As for the release window for the game, it is expected that the game is going to launch sometime in the summer of 2022. When that will be, however, that is something the developer has not revealed.

Personally, I have a lot of hopes for ALICE Fiction simply because of the fact that the company is stating that the game is going to be set in a metaverse of its own. The game concept also seems to be one that is very inspired and that gives me high hopes for it. However, only the reveal of the closed beta will tell the real story and that is something that I am really excited about.

What do you think about the game? Is it going to be as good as it sounds? Let me know in the comments down below.