There is no doubt that Apple makes one of the most iconic phones out there. In fact, there is hardly anyone that would debate the robustness of the ecosystem that Apple has established for its customers over the years. It all started back when Steve Jobs unveiled the first iPhone to the public. It was simply way ahead of its time and better than anything else that was available on the market. Almost a decade and a half later, that still stands true as Apple makes one of the best phones on the market, and manages to remain a status symbol. However, that doesn’t mean that you have to shell out insane amounts of money to get the iPhone experience, at least according to Apple. So they brought out the Apple iPhone SE.

If you’re a fan of Apple, you know exactly what I’m talking about. When Apple brought out the first iPhone SE, it was loved by customers worldwide. Taking the design from the iPhone 5s and putting it into a newer chip with better hardware and offering it for a price lower than the flagship iPhone, the Apple iPhone SE was a recipe for success. For a long time, Apple didn’t offer another one of its SE or Special Edition phones to the market until 2020. This was when Apple brought out the second generation of the iPhone SE, now based on the design from the iPhone 6s. Finally, continuing the legacy of the Special Edition, we now have the 2022 Apple iPhone SE, which looks much like the previous generation SE.

If you’re looking to buy a new Apple iPhone, then this is one that you should definitely read. So let us get right into it. 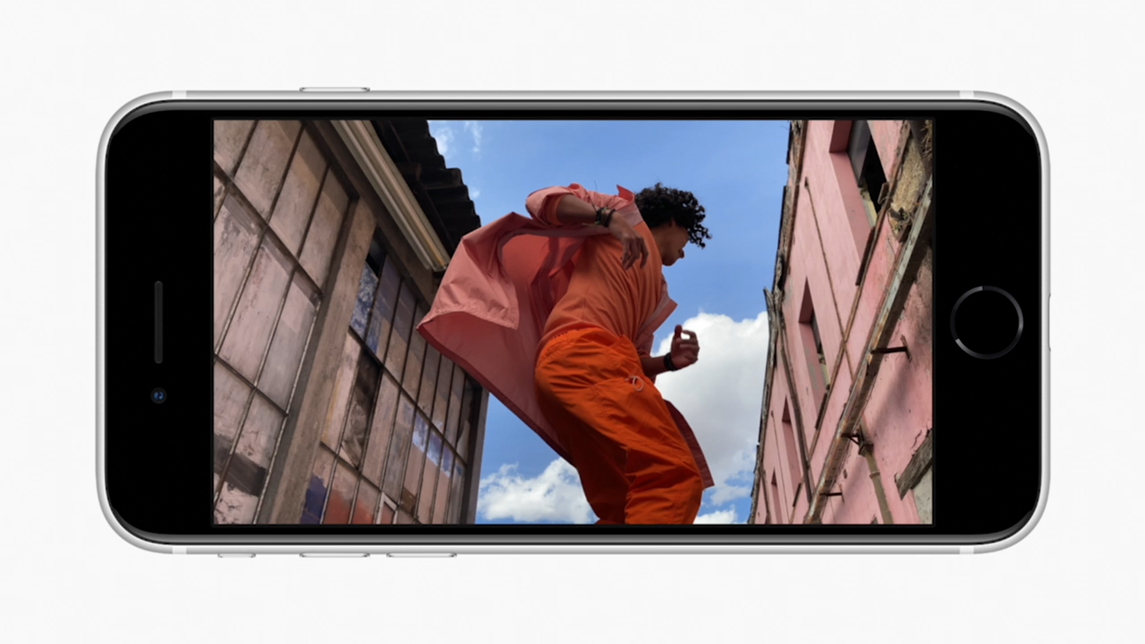 When the original iPhone SE came out, people loved it for keeping the iconic design from the iPhone 5s while updating it with the newest hardware on the market. The phone performed exceptionally well and was updated with the latest version of the iOS up till 2021. That is a long time for the phone. After the original SE died down, Apple introduced the second generation in 2020. Now, this phone was again a design remaster from the old iPhone. Following this same pattern, one would expect that the 2022 Apple iPhone SE would be based on a design that came after the iPhone 6. However, by the looks of it, you can hardly tell the difference between both the Special Edition phones.

While one would expect a lot of excitement upon using the new iPhone SE, the old design just puts you off. While Apple has made an effort to update the Special Edition smartphone to the newest hardware and software, it simply doesn’t have the novelty that a user would expect from it. We have known Apple for being an innovative maker of phones for a long time now, and the design of the Apple iPhone SE 2022 is anything but that. It doesn’t feel like a new phone. Rather, it feels like the re-release of a re-release of a phone. But with that, we have to keep an open mind and review the phone for all that it offers. So let us discuss a little about the internals on this phone. 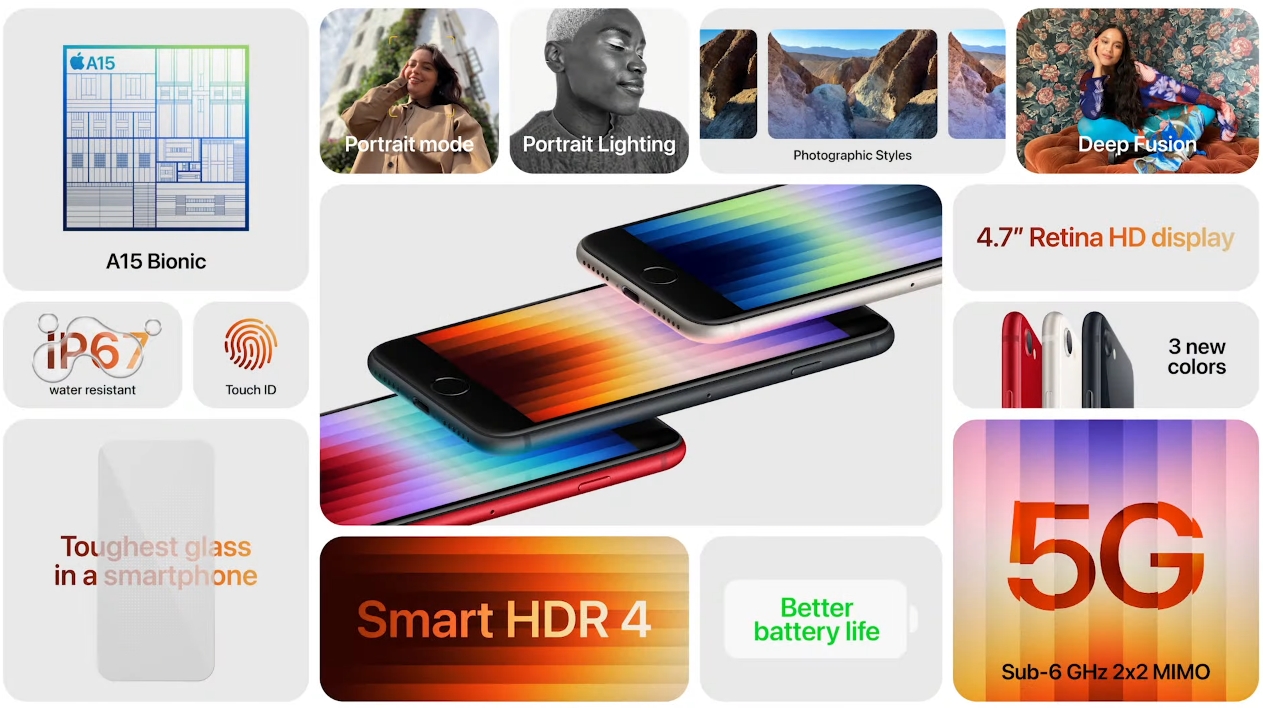 Where the iPhone SE has always excelled is the internal hardware that Apple has put onto it. The trademark of any Apple iPhone SE is that it manages to pull out a new phone in an old design. When the original iPhone SE came out, it didn’t come with older hardware. Rather, it came with the A9 chip, which was Apple’s best chip at the time. And the same is the case with the new Apple iPhone SE. The new phone comes with an A15 Bionic chip that can be seen on the high-end iPhone 13 lineup, all packaged in a 4.7-inch smartphone. The phone also comes with all the latest internals and brings back the iconic Touch ID to the newer generation of iPhones. However, that is where most of the notable upgrades end.

The Apple iPhone SE feels way too similar to the 2020 release of the phone and there is hardly anything to differentiate the two phones except for the internal hardware that drives the two. The design is the same and so is the user interface. Both run the latest version of iOS and it is hard to tell them apart even when you use them both at the same time. However, that does not mean that everything is bad.

The 2020 edition of the Apple iPhone SE was riddled with battery problems and users reported poor battery backup on the phone in general. With the new version of the phone, Apple has stated that it has optimized the battery usage so the phone lasts as much as 20% longer than the previous generation iPhone SE. Apple has also optimized the photography on the phone as the new A15 Bionic chip offers better picture processing than ever before paired with a phenomenal single-sensor camera system.

The new Apple iPhone SE also promises to use eco-friendly materials for everything including the inside of the smartphone, using recyclable materials and rare earth elements. The overall packaging also gets rid of the plastic and other harmful materials that are not good for health or the environment. The new phone also gets the ceramic shield treatment on both its front as well as its back, reinforcing it with the strongest glass material on a smartphone.

The Apple iPhone SE also comes with support for 5G and supports major 5G bands, so when the time comes, you can safely rely on your phone to give you access to the network and access the fasted 5G internet available. 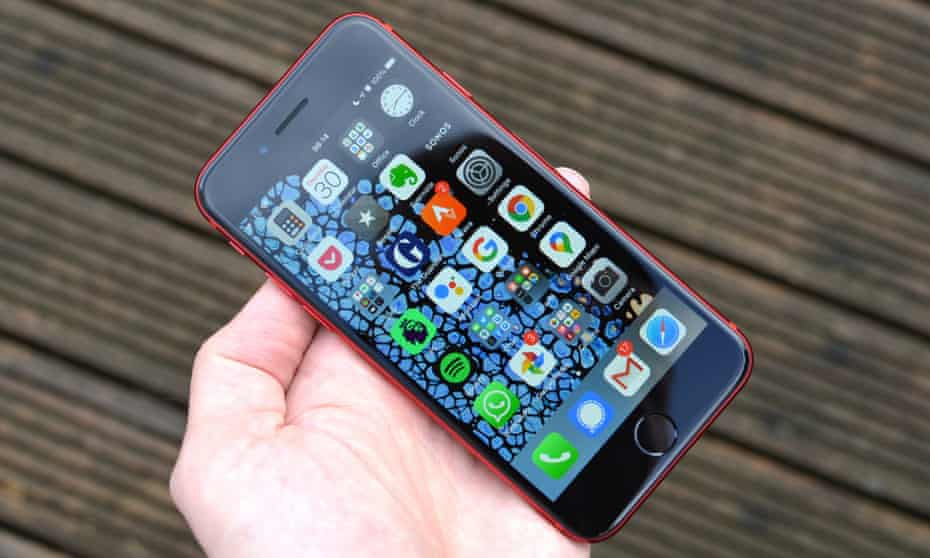 Now, one might wonder why someone would buy such a phone in 2022. After all, the design of the Apple iPhone SE is very outdated and resembles that of a 2016 smartphone. So why would someone go for it considering that there are other cheaper and more modern smartphones on the market? The answer lies in the size. The new small iPhone is targeted at a very niche market that enjoys using smaller smartphones and loves the Apple ecosystem. The phone is also an entry point for those who want to buy an iPhone on a budget or those who are moving from Android to iOS.

With even the smallest phones in the market now coming in at over 6 inches, the iPhone SE fulfills the need for a smaller smartphone on a budget. It will not appeal to most, who are now familiarized with the new bezel-less smartphone design but will be a handy device for those who value mobility over everything else.

Apple iPhone SE: Should You Buy It?

Now, if you’re still wondering whether you should buy the Apple iPhone SE, my advice to you would be to simply try one out at your nearest Apple Store. While the new iPhone might sound one way on paper, it is highly likely that you will feel differently when you actually use the phone. The phone really stands out in a crowd due to its retro design, so you should check it out before you actually buy it.

If you’re looking to buy the Apple iPhone SE, you may check it out at the following link: