If you’re a big fan of shooter games then I do not need to tell you that the genre is overflooded with games that are basically all the same and do not really offer anything above what we already have. Perhaps that is one of the biggest drawbacks of the genre since it is so specific in its nature. I’m someone who has always loved shooter games ever since I got my hand on them, and even I have to admit that they can get kind of boring after a while. But it seems that there is a new player in town looking to bring something new to the table. That player is Arena Breakout.

While it may sound like just another game on the surface, Arena Breakout is promising to be a genre defining game that will change the way that we all look at shooters and the way that we experience them. By introducing a new way of playing games, Arena Breakout brings out a new level of difficulty in shooter games and introduces a mechanic that will ultimately influence the way that we approach any situation in the game. Rather than going out guns blazing, the game will make you question your strategy. It will make you question your approach and whether it is a good one. And that makes it so much more different.

As I said before, it seems like this is going to be a breath of fresh air. So without much further ado, let us get right into it.

Arena Breakout: About The Game 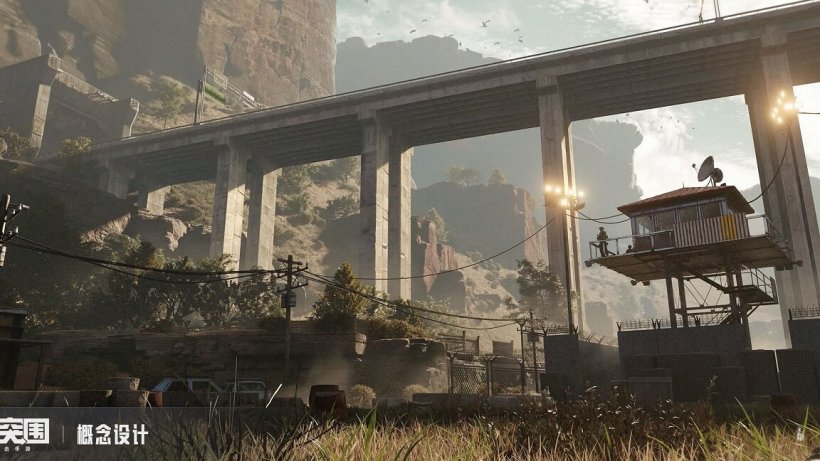 Arena Breakout is an upcoming shooter game that has been designed for mobile by Tencent and is looking to be one of the biggest titles in the tactical and strategic shooter genre. The game itself has a lot to show for itself and is one of the most anticipated titles of this year. While the game has only been designed for mobile, the game has taken inspiration from a title that was only released for the PC. If you’re someone who also enjoys PC games, then I’m sure that you must have heard of the name Escape from Tarkov, which is yet another strategic shooter for the PC that became really successful with shooter enthusiasts when it came out.

Escape from Tarkox is one of the most realistic shooters out there that involves a lot of thought and a lot of strategizing for your every move. The game is one that involves you and your super soldier going through the trials of war and leveling up at each point, making decisions for your well-being. Your objective is to secure as much gear as you can for yourself while leaving the battlefield alive. This isn’t as easy as it sounds and is made tougher by the fact that there are no respawns. Once your player is dead, it is game over. There are no second chances here. This is a high-risk and high-reward scenario that makes the game really exhilarating and exciting at the same time.

Escape From Tarkov did really well on the PC. However, due to its exclusivity, mobile gamers were heavily missing out on the experience, and shooters on mobile are as stale as ever. So Tencent decided to shake things up with the new Arena Breakout. So far, it seems that they have nailed the concept, as the first beta for the game was launched last year and it did quite well for itself. Players loved the game with the new concept as it was something new for mobile and left a good aftertaste. What more can you really ask for from a new mobile game, that too for free.

Read more: XCOM Legends: Is It Ever Coming Out?

While Arena Breakout was in beta last year, it still wasn’t released to the public. In fact, the game underwent another beta test this year, which was again geographically restricted and not available to everyone around the world. Finally, it seems, that Tencent has gotten a hold of the technical aspects of the game and it is finally stable. So they have announced a release date for the Chinese version of the game. Arena Breakout is going to be released on the mobile platform in China on July 26, 2022. The release date is almost here and we are all really excited about it. However, there is still no news on a global release of the game, so that is something that you need to keep an eye out for.

Read more: Tom Clancy’s The Division Mobile Game: All About It

I’m really excited to see how things will shape up with the new Tencent release. It is going to be really big, especially considering how amazing the open beta was. The game is a revolutionary one, and I hope that it gets the love that it deserves from the people.

What do you think about the game? Is the concept one you want to experience for yourself? Let me know in the comments down below.

Stay tuned in to the Franchise Hound for the latest in gaming and entertainment.