Athlete A: Reviewing A Major Documentary

Gymnastics is perhaps one of the most novel fields when it comes to international sport. I still remember the times when people used to crowd stadiums during the Olympics to watch the gymnastics tournament. I was one of those people and really enjoyed watching the performer do things with their bodies that normal people simply couldn’t do. But at what cost did all of that come? That is the issue Athlete A ponders on. A documentary that centers itself on these ideas, Athlete A has the best of reality compared to any other documentary about the issue that we have come across till now. And that is not an understatement.

Coming from Cohen and Shenk, two people who are very much in touch with the industry and have published documentaries before, Athlete A takes us back to a time when not everyone got the justice that social media or pop culture could afford them. I’m sure that many of you here love documentaries that help bring forward such problems and issues in the system and give a platform to those who were victims of it. Athlete A is another one of those prolific documentaries, and that is why I am so excited to talk to you about it today. So without much further ado, let us get into a little more detail about the documentary, and give it a final review.

Read more: Get to See Bruce Willis in Cosmic Sin

Athlete A: About The Documentary

Athlete A is a documentary that is brought to us by Bonni Cohen and Jon Shenk and focuses on the exploitation that goes on behind the scenes of the USA Gymnastics when they recruit young girls to power them through to their glory. The show explores the world that was set in stone by Little Girls in Pretty Boxes, an account of the abuse that the figure skaters and performers of USA Gymnastics suffered over the years, just to get a platform to showcase their talent. The harmful practices just didn’t stop at exploitation, but rather went on till sexual abuse, and that is the issue this documentary picks up.

Soon after the account was published, USAG stepped into play and introduced their own program to stop the exploitation of young women in the field and to provide proper guidance and ensure strict protocols for the best health and treatment of the gymnasts. However, things soon settled down and the department lost its power, once again giving things up into the hands of the exploiters.

Athlete A tends to shift its focus to the USAG doctor Nassar, someone who is a convicted sex offender and is blamed for the abuse of many young girls in the USAG. Over his decades long worth of employment, Nassar abused over 250 girls in the field and was convicted for his offenses. The athlete that the documentary focuses on is Maggie Nichols, a former USAG gymnast who was lured into the exploitative practices of the USAG and suffered under Nassar. Seeing the case of Nichols, many young girls came forward and it was revealed that Nassar had abused all of them over the years, all in the name of fame.

Read more: What will You Get in Manhunt Season 2 ? 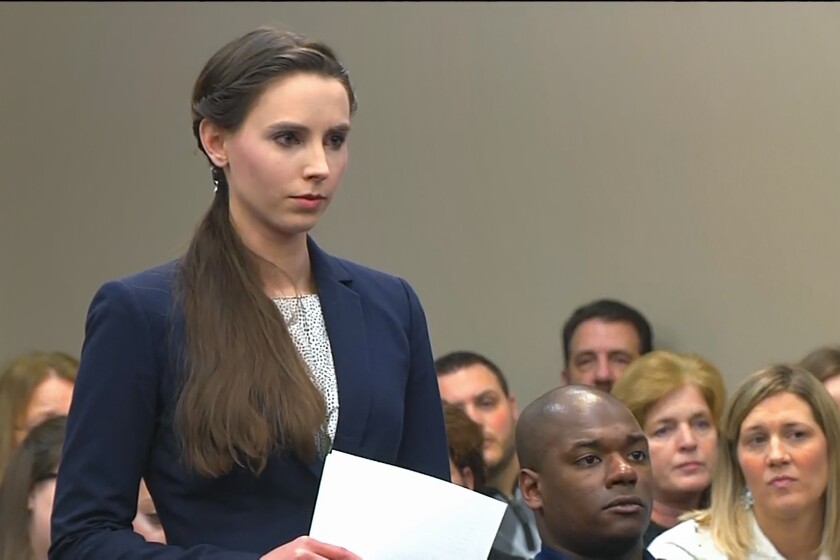 Athlete A is a documentary that takes a long hard look at all the things that make the system so toxic and harmful for those that are involved in it. The documentary is one that doesn’t shy away from the issues and rather tackles them head on. The creators have not left anything out for the sake of the audience, and everything is at full disclosure here. The accounts of the girls here are more than enough to send Nassar into jail, and this is only the tip of the iceberg. Along with investigating the case against the doctor, the documentary sheds light on some of the more widespread practices that go on behind the scenes, eventually making way to the root of it all, the Karolyis.

Bela and Marta Karolyi were two of the most wanted coaches at the time of Nassar’s evil conception. And they are the big reasons for the big shift and the advent of exploitative practices in the industry. The Romanian coaches were considered to be one of the best and turned the USAG into something that resembled one of the gymnastic giants of the world. Using their fearful and abusive practices, the coaches forced the sport into the athletes and abused them till they could give no more. They brought the culture to the United States and it was surprisingly easily adopted. They employed the infamous Nassar under their tutelage, and are reported to have been involved in major hate crimes against those who complained about them or had dirt on them.

Athlete A puts all of this at its forefront and brings out the reality of the system in the United States. It does not try to paint a pretty picture of anything and shows things for what they are. It clearly showcases the apathy and incompetence of the department and the abusive nature of the system which the government simply doesn’t care about. It is a sad reflection on reality and offers a rather grim outlook on the nature of people. There is a lot more that needs to be uncovered about the USAG, and Athlete A seems to have opened the gateway to that. If you’re a fan of sports, this is one that you definitely need to watch.

Athlete A: The Verdict

Coming to the verdict for the documentary, I would say that it is one that really vital for those involved in sports, and especially gymnasts. The documentary sheds light on a lot of issues while providing context to everything and putting the abusers on trial for their actions. There is not much more you can really ask for, and that makes it really easy for me to recommend this one to everyone.

Athlete A is currently streaming on Netflix. You may check it out at the following link:

Watch Athlete A on Netflix

The documentary holds a rating of 100% on Rotten Tomatoes, which is quite a rare feat for a documentary. So I would highly recommend you to check it out.

What did you think about this revelation? Was it shocking for you? Was it mind boggling? Let me know your thoughts in the comments down below.

Willard Grosshttps://thefranchisehound.com
Willard Gross is a content writer with an eye for detail. He loves to write and create, but he also enjoys reading and analyzing the work of others in order to critique it. With every sentence he writes, Willard strives for perfection: each word should be just right.
Previous articleWhat will You Get in Manhunt Season 2 ?
Next articleGet to See Bruce Willis in Cosmic Sin