The MOBA genre is one that has always been really controversial, ever since the first one came out. Even though it did take its time becoming the most popular genre out there, it is one that has been consistently on top since it gained some goodwill among the people. Dating back to the days of Starcraft, MOBAs have always been really controversial, building on existing games and modifying them to build something that is completely different yet inspired at the same time. Now, the developer of the auto battler Auto Chess, Dragonest is going back to the roots of its success with Auto Chess MOBA.

While I’m sure that the vast majority of you have played a MOBA at some point in time, you might not be aware of the history behind it. Most of you might be aware of the genre because of big titles like League of Legends and Dota 2. And you would be right to consider that these two games do indeed represent the MOBA genre today. However, that is not where it all really began. Rather, MOBAs have got their roots in the PC title StarCraft. In fact, the original Dota itself was a mod of StarCraft 3. It is a heavily modded game that allows you to pick a character and attack the base of your enemy to win all the spoils of war in what would ensue as a battle, and maybe that is where MOBAs get their name from.

After all, while Dota 2 and League of Legends are really different from where the genre started off, they are still quite inspired and one cannot debate that they are ultimately games that have been heavily modified from other games and have brought about their own changes to separate themselves from the rest. Now, with the addition of Auto Chess MOBA, things will get even more competitive in the genre. Given that Auto Chess itself is a modification of Dota 2, things are finally coming full circle now that Dragonest has announced Auto Chess MOBA.

Auto Chess MOBA: About The Game Auto Chess MOBA is the latest upcoming MOBA from Dragonest that is supposed to be a spinoff of its franchise Auto Chess, which itself is an auto battler game that was originally created as a modification of Dota 2, lifting inspiration right off the popular game and adding its own creative play on it. However, after things got competitive in the genre with Riot Games bringing in its own game and Dota bringing in Underlord, the developers behind the original mod were now free to make their own game, however this time without taking any assets or heroes from Dota 2, and named it Auto Chess.

Thus, it can be said that Auto Chess is what defined the auto battler genre after taking inspiration and modding Dota 2, and now the publisher is bringing out its own game to take on Dota 2 itself. Things are finally coming full circle and it seems that Auto Chess MOBA might just be the game that takes over the MOBA genre, at least for a little while. The new game is not going to be much different in terms of what it offers in terms of gameplay, as MOBAs have been out for quite some time now, and there is not a lot of scope for change or improvement as they have undergone countless iterations over the years. 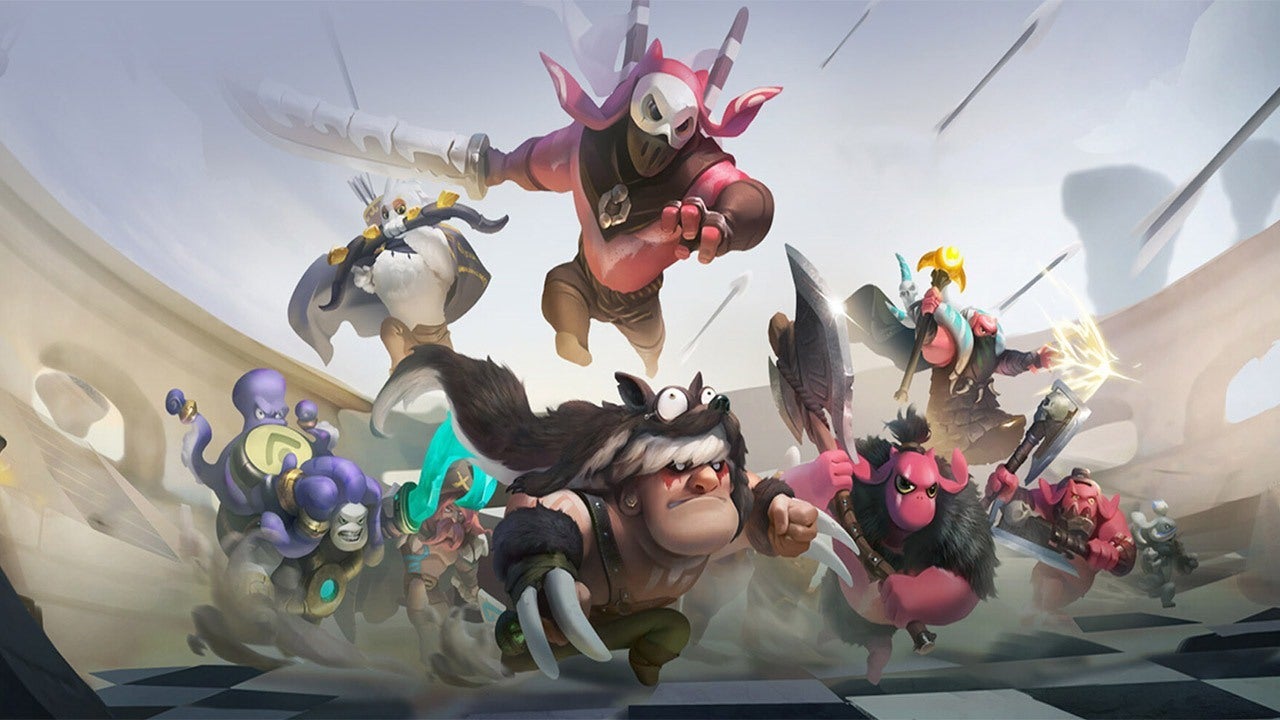 However, Auto Chess MOBA still does a lot of things differently, starting with an asymmetric map that is unlike Dota 2 or League of Legends. Added to that, there are various new characters or heroes that the players will be able to access in the game. There are also things like destructible objects on the map as well as a proper day and night cycle in the game. This is something that players really appreciate in any game and I’m glad that we get to see them here.

In addition to this, there is also the promise that the game won’t be having any pay-to-win elements, so it will be a fair playing field for everyone. Something that plagues free games is the countless paywalls that developers establish against the players. This has been really controversial for a long time now, especially in recent years. And we are glad to see that Dragonest is doing away with any paywalls and making it a fun experience for everyone.

One thing to consider, though, is that the game will only be available on Mobile at release. Auto Chess MOBA is getting its initial release on Android and iOS but it is expected that the game will soon make its way to PC and PlayStation. However, there might be a long wait before that happens, so bear that in mind.

With the latest release by Dragonest, we could finally be seeing another big player in the MOBA world. However, given that it is only being released on mobile, at least during the initial release cycle, there might be some friction. Hopefully, though, the game will meet our expectations.

What do you think about the game? Do you think it is going to be a big one? Let me know all about it in the comments down below.

Stay tuned in to the Franchise Hound for the latest in the world of gaming and entertainment.

Here’s the Nozaki Kun Season 2 Release Date, Cast, Plot, and Everything You Want to Know!