Avatar 2: Release Date, Cast, And All The Latest News

Avatar changed the movie industry forever when it came out back in 2009. It was something that was unlike anything that ever came out before. It was a technological and visual masterpiece that changed the course of film history. It broke the box office and recorded sales figures that were up and beyond anything that anything we had ever seen before. It was also so invested in its landscape, for which it won a lot of awards and got widespread critical acclaim. And now, we might finally have a sequel on hand with Avatar 2.

Avatar 2 is a movie that fans of the first movie have been waiting for for a long time now. The first Avatar movie came back in 2009 and simply rocked the world, winning many awards and blowing everyone else out of the water. A sequel was supposed to be launched back in 2014, but it didn’t really make it, and it has been 7 years since 2014 now, so a lot of fans for the movie have been left disappointed, while others have gotten impatient, while some have given up hope of Avatar 2 at all, and with very good reason.

The first Avatar movie took place on a planet in the distance future, known by the name of Pandora, and occupied by the blue creatures known as Na’vi, who are native to the planet. The humans, in their typical exploitative fashion, have set up a mining operation on the planet, and caused a lot of chaos in the lives of the peaceful Na’vi in the process. Now, in order to manipulate the Na’vi and to know more about them, the humans have invented a technology that allows them to insert their own consciousness into the body of the creatures, and allow them to live as one of them. It is quite a clever premise with a lot of sadism at its core, and it makes for a really thrilling watch. And so, I am also really hopeful about what Avatar 2 might have in store for us. So without much further ado, let us get right into Avatar 2, and what it might bring to the table.

Avatar is science fiction and visuals at its best. And it paved the way for other movies such as Aquaman And The Lost Kingdom: Confirmed Release Date | Updates. Do read all about the new Aquaman movie to find out all that DCEU has in store for us.

Avatar 2: What We Know So Far While Avatar 2 has been in development and news for a long time now, the film makers have managed to keep much of the plot and development rumors under wraps. There is not a lot that has been revealed or leaked about the movie. However, we do know that the film takes place 12 years after the events of the first movie. At the end of the first movie, we can see the resuscitation of Jake Sully in his Na’vi body. And since his decision to transfer permanently to his new body, he has begun a new life at Pandora, with his wife Neytiri. And the couple have started a family together. They are living generally peacefully and living by the Na’vi way.

That is until the RDA returns to the Na’vi at Pandora reprising their original plans, and trying to mine the planet for all it has. This time, they return with much more preparation, and force Jake Sully, Neytiri, and the Na’vi out of their livelihoods and into desolation away from their homes. Colonel Miles Quaritch makes his return here, and it is interesting to see how the role will be reprised, following the events of the first Avatar movie.

We also know that the new movie is going to explore previously unseen parts of Pandora, and much of the underwater life that the planet possesses. A new addition the story is the Metkayina people, who are native to the waters and again, are native to Pandora and live near the coasts and the reefs, and take the place of the Na’vi from the first film.

Cameron said in his statement for the sequels, “It will be a natural extension of all the themes, and the characters, and the spiritual undercurrents. Basically, if you loved the first movie, you’re gonna love these movies, and if you hated it, you’re probably gonna hate these. If you loved it at the time, and you said later you hated it, you’re probably gonna love these.”

Since Avatar was renewed for four films back in the previous decade, the production for Avatar 3 is also underway, and it is expected to be released soon after Avatar 2, too. Well, soon relative to the amount of time we have waited so far anyway.

Based on your keen interest in Avatar, I have a movie to hold you off until the release of the second movie. Squid Game: Plot, Release Date, Cast, And More! Squid Game comes out much earlier than Avatar and is going to fulfill your appetite to the fullest. Check it out if you find it interesting. 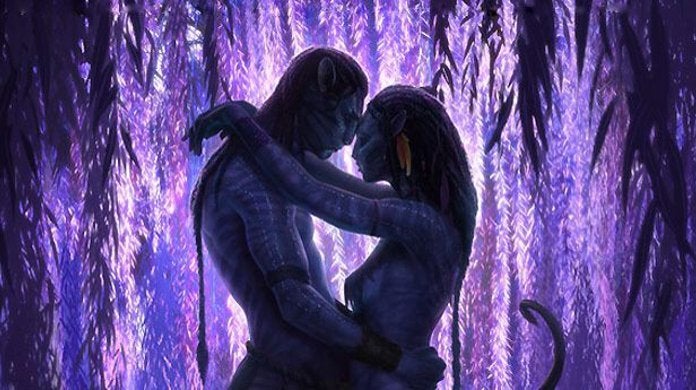 Coming to the cast for Avatar 2, it is something that I am actually happy to talk about. While there is a lot of disappointment surrounding the film so far, the casting is something that I am actually really pleased by. We see many of the same actors from the first movie reprising their roles. Sam Worthington, Zoe Saldana, Matt Gerald, Joel David Moore, CCH Pounder, Dileep Rao, and Giovanni Ribisi mark their return in the second film, while Kate Winslet, Cliff Curtis, Edie Falco, Michelle Yeoh, Jemaine Clement, Oona Chaplin, and Vin Diesel join the new cast for the movie. That star studded cast is something to aspire for, and I hope the films make the best of all that talent.

Now, this is sort of a sensitive subject when it comes to the Avatar movies, especially since the movie was supposed to be here back in 2014. It has been seven long years, and we still don’t have a movie. And that is really disappointing on James Cameron’s part. The sequels were announced way back in 2010, so the hopes for the franchise were very high. Over the years, the film saw eight delays at the theater, and brought us to the current 2022 release date.

From what we know so far, the official announcement is that Avatar 2 is going to hit the theaters on December 16, 2022. But given the way things have gone so far, I wouldn’t hold my breath for that release date. It is still something to hold on to I guess.

Read more about The New Clifford Movie Is Finally Coming Out

With that, I wrap up all that I needed to tell you about the upcoming Avatar 2. It is a movie that has been delayed for way too long, and it better be really good for making us suffer that much. While the hopes for the movies are very high, I feel that there is a big chance that it might not be the movie we want it to be, and the vision might have changed drastically over the years. So it remains to be seen what becomes of the legendary Avatar franchise, and where James Cameron takes it.

The trailer for Avatar 2 hasn’t been released yet, so it remains to be seen the sort of technological innovations the second movie in the franchise is going to bring to the table.

What do you think about Avatar 2? Do you think it is going to live up to the hype and the expectations? Or even the legacy of Avatar? Let me know in the comments down below.

Willard Grosshttps://thefranchisehound.com
Willard Gross is a content writer with an eye for detail. He loves to write and create, but he also enjoys reading and analyzing the work of others in order to critique it. With every sentence he writes, Willard strives for perfection: each word should be just right.
Previous articleBaki Hanma: Coming To Netflix Soon
Next articleMatrix: Resurrections Finally Unveiled In New Trailer