Bad Moms 3: What We Know

How often do we get to see films that highlight moms and their underappreciated efforts? Bad Moms is one of those films. The blockbuster came out in 2016 to widespread public acclaim. Bad Moms was just one of those films that hit too close to home. The comedy was just perfect and the hilarity of it all was just on point. Starring one of the best in the industry, the film went on to earn a lot in the box office. The film also gave rise to a sequel which was again very well received. Since then, there has been a lot of talk about Bad Moms 3. The fans have been waiting a lot of time for the third installment and the series and we believe that there is hope. So when will Bad Moms 3 come out? Read on to find out.

Bad Moms: About the Movie Bad Moms is a comedy drama series of films that have been created by Jon Lucas and Scott Moore. The films focus on a bunch of moms who have been overburdened, and are generally unappreciated in their households. They are the victims of neglect and their efforts are overlooked despite all that they do. In a bid to break the cycle, these moms go rogue and give up on all their responsibilities. Hence the term Bad Moms. Indulging themselves in everything they love, these moms start to have the time of their life and shirk off all responsibilities they have. This results in a comedic drama that will have you laughing in fits. The presentation is on point and comical.

Bad Moms is one of those films that just hits too close for all mothers, and others alike. The film has a very friendly vibe and will have anyone craving for more. No wonder it did well at the box office as well as the Blu ray sales. The film is simply what the audience wants and it delivers well on that part. The first movie went on to make as much as $183.9 million, which is a lot more than the 22 million that was initially spent on the film. The film features such a great cast, with actors who went on to have flourishing careers. The casting and art direction for the film are amazing and deserve brownie points for that.

If you’re a huge fan of Netflix TV shows, you might want to check out Jack Ryan Season 3: Everything you should know!

Bad Moms 3: Will it Happen

This is not a very easy question to answer as there have been no official announcements for a third movie yet. While the studio STX Entertainment seems keen on producing a third film and even a spin off tv show to the series, they have not yet officially announced Bad Moms 3. So it could go either way at this point and nothing can really be said about the path that STX will choose to go. Due to the ongoing pandemic, a lot could change as theaters are shut down in large parts of the world and it could affect the financial decision making at the studios. Nevertheless, the studio seems interested in producing a third film and that is always a good sign. Perhaps we might get to see another generation in the series.

Also Read on Entertainment: Derry Girls Season 3: Everything you should know about the Season!

Given the fact that the movie has not even been announced yet, it is very hard to tell when the release date for the film is going to be. However, making a rough estimate, the movie could come out anywhere between an year and 3 years from the announcement. So we could be seeing a movie as early as late 2022. Or as late as early 2025. Things could really go either way so we cannot really say much. Movies take a long time to shoot and more so with the ongoing pandemic. So it is really difficult to give a release date on Bad Moms 3.

So in conclusion, Bad Moms 3 could come out as early as Q4 2022, but there’s no guarantees.

Also Read: Married At First Sight Season 5: Who Is Still Together?

Bad Moms: Where to Watch

While the third installment in the series might be a hit or miss, in the meanwhile, you can still enjoy other content from the series. The movie has done well at the box office and is one hell of a laughter riot so it is one we would recommend you watch.

The movie is currently available in digital as well as physical media. If you’re a fan of physical media, you may grab a copy from your local store.

You may stream the movie at Amazon Prime Video or Netflix. It might also be available on other streaming platforms as per your country. So do make time for watching the movie.

The movie currently has a rating of 6.2 on IMDb based on user reviews on a scale of 10. This is quite an average rating hence the fact that we are not recommending this movie so strongly. However, it is still a good watch for when you are bored. 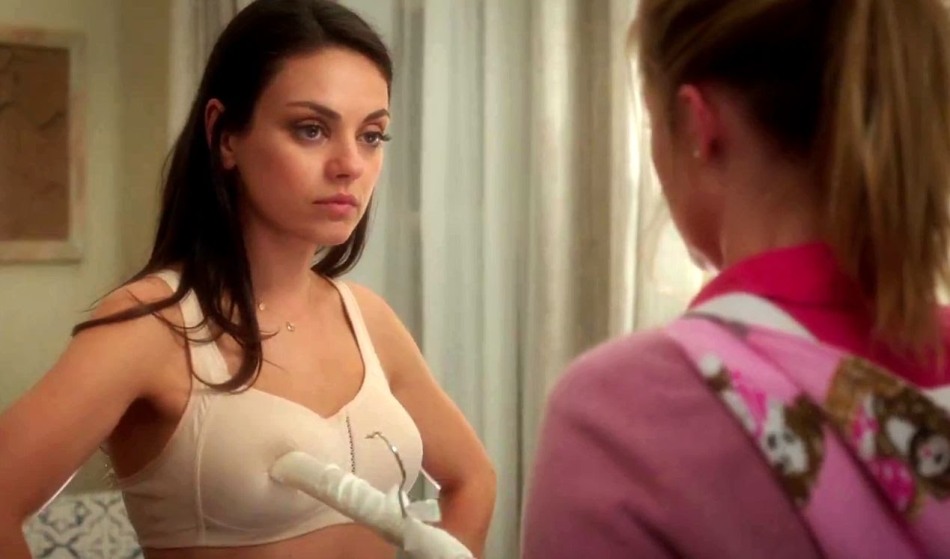 Stay tuned in to the Franchise Hound for the latest Entertainment updates. We are up to date on the latest gossip and always have something new for our readers.

Willard Grosshttps://thefranchisehound.com
Willard Gross is a content writer with an eye for detail. He loves to write and create, but he also enjoys reading and analyzing the work of others in order to critique it. With every sentence he writes, Willard strives for perfection: each word should be just right.
Previous articleInfinite Stratos Season 3: Will It Ever Come Out
Next articleFlack Season 2: Everything you wanna know!