BLACKPINK is arguably the biggest girl group worldwide right now. The way they top the charts every time that they release a song is just phenomenal. And I would even venture as far as to say that BLACKPINK might be one of the biggest pop (or K Pop in this case) acts of all time. They have such a huge and loyal fan following, with banger after banger on the chart. And now they are here with their own movie. BLACKPINK The Movie is one that the fans had been waiting for since 2020. And now it is finally here in all its glory. The movie for the pop group that rocked the world.

BLACKPINK made their mark on the world with their song “Whistle”, which topped the charts when it came out and quickly became the streaming sensation that defined them. South Korea just couldn’t stop talking about the new pop girl band that had sprung up out of nowhere and BLACKPINK was trending. It didn’t take much time for the girls to establish a hold in the industry, and in the months and years that followed, they went on to become a pop sensation that not only rocked South Korea, but the entire world. And with that, they established the legacy of K Pop. The BLINKs, their ardent fan base, grew at a record breaking pace and went on to become one of the most loyal communities of all time.

And it has been quite a journey for the girls so far. So it was time to look back on all that they achieved over the years and share it with their fans in a complete celebration of the band and telling their own stories. BLACKPINK The Movie is the story that we all had been waiting for, to know more about the girl act and the story behind their success and their rise to glory, while celebrating each little milestone along the way.

About BLACKPINK: The Movie

When we talk about BLACKPINK: The Movie, one thing that you need to understand is that it is not a documentary, and it is not a monologue by the girl group of their struggles and their hardships. Rather, it is the culmination of each of their successes over the years, with record breaking performances, and glimpses at the real acts that defined them. It is a footage fest that features a lot of footage from their real shows and their interactions with their fans. It shows all the big moments in their career and their achievements and their live shows. At times, members of the group also give their own perspectives on the group’s run and the shows that they do.

It is quite the normal affair when it comes to the individual stories of each of the group members. Everyone talks about their aspirations and where they started off from and how they are handling all that is happening. It is not too overbearing and offers a reprieve from the banging sounds of their shows and concerts. For fans of the group, it is a treat as they get to see their favourite performers in their element and talk about themselves.

The movie is one of celebration and upholds the lively nature of music and the joy that it brings everyone. Every music lover is going to appreciate this festival of joy and I particularly enjoyed the powerful and intense happy vibes. 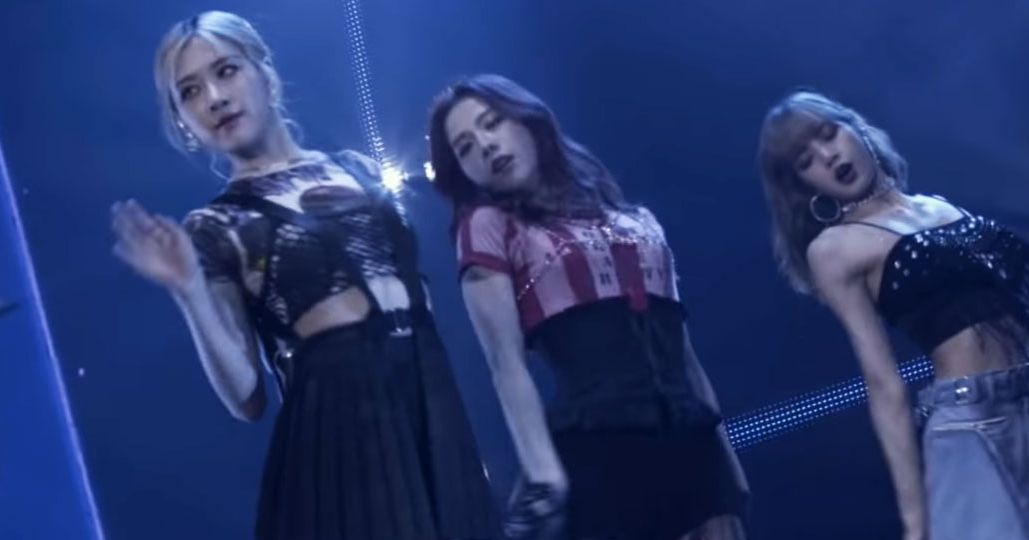 All the big moments make it to the movie, and the movie showcases how things have changed over the years, while other things remained the same. Dancing to the same songs that they used to dance to before, and giving performances where people are going crazy, and just having an amazing time themselves, the group upholds the promise of a fun and engaging experience.

You might also be interested in reading more about Is The Many Saints of Newark Sequel Coming Back? It is quite a frequently asked question and I believe that we may have an answer to all your queries. So click on the link to find out all that you need to know about it.

While BLACKPINK The Movie is one that is a must watch for fans, it is not a reasonable watch for anyone else. The movie is one that focusses on the success of the group and upholds their legacy and is just a movie that the fans will love. It is a movie about growth, relationships, and fame. But it is not a movie that induces any self reflection. And so, anyone other than BLINKs is probably not going to jam to this movie. So it is going to be a very conditional recommendation from my side. Only watch it if you’re a fan of BLACKPINK. Everyone else should skip this one.

The movie is currently screening in cinemas near you. If you are interested in watching the movie, you should grab a ticket soon.

The trailer for BLACKPINK: The Movie is given below:

BLACKPINK: The Movie currently holds a rating of 7.6 out of 10 on IMDb, based on multiple user reviews. IMDb is our preferred platform for all movies and TV shows.

What do you think about the movie? Are you a fan of BLACKPINK? If so, you must surely be excited about this celebration? Let me know in the comments down below.

Stay tuned in to the Franchise Hound for the latest entertainment and pop culture updates.

Willard Grosshttps://thefranchisehound.com
Willard Gross is a content writer with an eye for detail. He loves to write and create, but he also enjoys reading and analyzing the work of others in order to critique it. With every sentence he writes, Willard strives for perfection: each word should be just right.
Previous articleHow to Write a Literary Analysis Essay
Next articleGuilty Movie Review: Kiara Advani Leads