Blue Bloods ended its eleventh season a while ago, and we have been missing it so much. The show’s dramatic and intense representation of the legal culture and its intricacies is just something to admire. And the way that the lives of the Reagan family intertwine outside of their home, and in their business, is something that adds a lot to the drama and the fun. I personally enjoy it a lot and look forward to each season with a lot of expectations. I’m sure that many of you do too. Blue Bloods Season 11 was quite some while ago, and now that season 12 is out, we need to talk about some of the things that happened and will have an impact on the plot of the season and will dictate the way that things go. So let us talk all about Blue Bloods Season 11.

You might also be interested in The Rookie Season 4: All The Latest News. The Rookie is a show that is centered around a cop that joins the force at the age of 40 after a serious incident that changes his outlook on life. He is the oldest rookie on the force, and faces a lot of ostracization. If that appeals to you, read more about it at the above link.

Blue Bloods Season 11: The Major Thing About That Finale 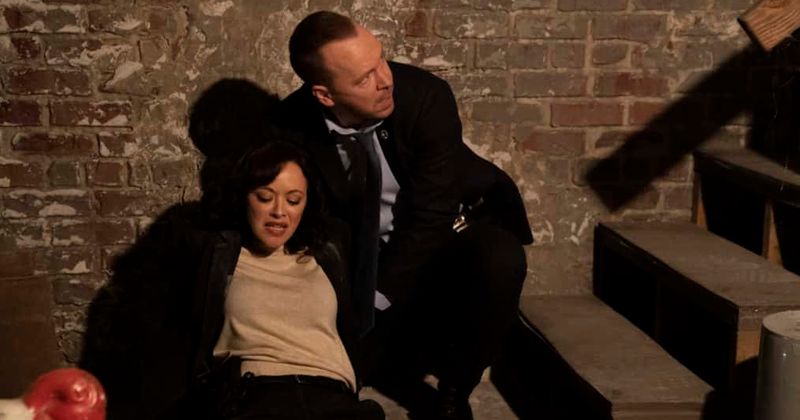 When it comes to Blue Bloods Season 11, a lot surprised us, especially in the final episode of the season. We saw the return of a character that we couldn’t have, in hindsight, anticipated the return of. The tension between Frank Reagan and the Mayor, too, has been at an all time high. And on the whole, tensions within the Reagan family have been somewhat of a thing. And all of that adds to the drama and the intensity and is going to make for an amazing Blue Bloods Season 12. And with what we have seen so far, a lot of this is actually coming true. Given that season 12 has already started, I can confirm that some of the suspicions and expectations that fans might have had are actually true.

The premiere for the Blue Bloods saw the same tension continue between Frank and the Mayor, and its stills were shared with the public prior to the release of the episode, causing a lot of stir and speculation. They talk about the city’s crime and the way it has been growing, and the conversation is quite serious, with the tension so thick that you could cut it with a knife. And that is what we love about the show. These moments of intensity, paired with impeccable acting.

Another show that you might be interested in is Prodigal Son Season 3: A Chance For Redemption? Prodigal Son follows a criminal psychologist who is well sought out by everyone. Taking help from his psychopathic father, who was a serial killer, he solves cases while battling the same psychopathic tendencies. With the problems with the first two seasons, will a third season redeem the show? Read to find out. 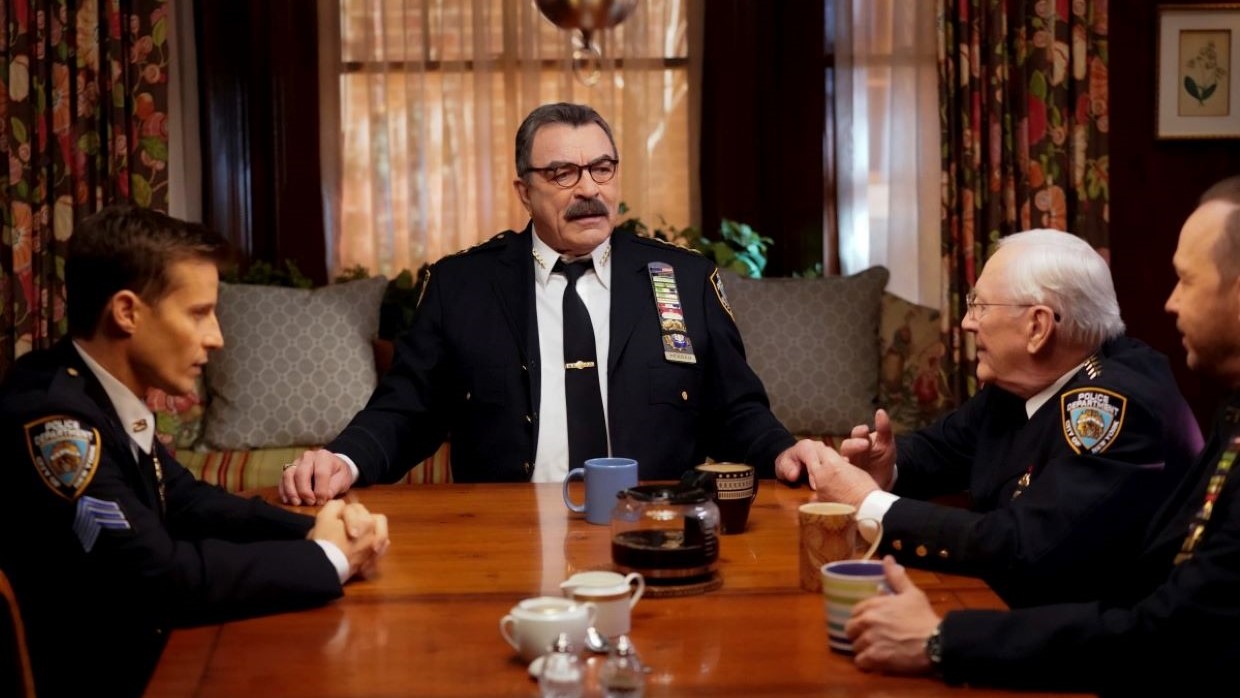 The Blue Bloods Season 11 finale saw the return of Joe Hill, the last person the fans expected to see in the show. Nevertheless, the return of the character was a big moment for the fans, and they loved every second of it. Joe Hill was what really made the Season 11 finale, and we are expecting to see more of him in season 12. The same has been confirmed by producer Kevin Wade, who expressed his desire to have the character make on and off appearances in the show.

In addition to that, the stills from Season 12 finally show the Reagan family getting together for the coveted Reagan Family Dinner. It is nice to finally see the family spend some time together and make space for happy vibes and heartwarming moments.

The synopsis for the first episode of Season 12, which is titled “Hate is hate”, goes as, “As Danny consults a psychic to solve the murder of a young boy, Frank is at odds with the mayor over how best to protect the city from an uptick in crime following a high-profile shooting. Also, Erin investigates a decades-old case in which the primary eyewitness to the killing is her boss, D.A. Kimberly Crawford, who was 13 years old at the time.”

And that is all that you really need to know before you start streaming the twelfth season of the show.

Also read more about The Magicians Season 5: Why It Ended. The Magicians was an amazing show with a lot of potential and a lot of fan following. Then why did it end? That is the question fans have been asking for such a long time. And we finally have the answer. Read the article to find out the reasons the showrunners cited for the cancelation.

If you still haven’t watched the season, what are you waiting for? The twelfth season is already here. You need to get on Blue Bloods Season 11 ASAP. It is really not something to miss. And I promise that if you are a fan of the series, it is going to be worth it. Blue Bloods Season 11 and 12 are my recommendation to you, and I implore you to watch them.

Blue Bloods Season 11 is currently streaming on Amazon Prime Video. You may watch it at the following link:

Blue Bloods currently holds a rating of 7.6 out of 10 on IMDb, based on multiple user reviews. IMDb is our preferred platform for all movies and TV shows.

Watch the sneak peek for the show at the following:

What do you think about the latest season? Are you looking forward to the new episodes? What did you like about season 11? Let me know in the comments down below.

Willard Grosshttps://thefranchisehound.com
Willard Gross is a content writer with an eye for detail. He loves to write and create, but he also enjoys reading and analyzing the work of others in order to critique it. With every sentence he writes, Willard strives for perfection: each word should be just right.
Previous articleThe Rookie Season 4: All The Latest News
Next articleHelstrom Season 2: Where Did The Show Go?