It is not very often that we get to talk about prolific artists and iconic celebrities that have passed away. In fact, there are very few people who even left behind a legacy that survived. Most of the times, with time, the legacy fades away, and everything turns to dust. So it is a big moment for us when we find someone whose legacy lasts a lifetime, and one that we treasure, and which makes us feel nostalgic. Bob Ross: Happy Accidents, Betrayal & Greed is here to play on that exact emotion. A story of the aftermath of Bob Ross’ death, it is a documentary that talks about the struggles between friends, family, and associates. Isn’t that something a lot of us can relate with? Maybe that is what makes this documentary so special and eye opening. Bob Ross was a public figure with a huge influence, and seeing his work being fought over is something of a disappointment, especially when it involves those who were close to him.

Bob Ross: Happy Accidents, Betrayal & Greed is a documentary about the television painter who used to churn out paintings like crazy, and brought the art to the masses. He was the reason many of us took up the brush and got painting. He was a pop culture sensation who inspired a whole generation of home artists and enthusiasts. He became a household name and his merch still sells to this day, generating millions for those who can profit off of it. That is the legacy he left behind, and one that is going to be very difficult to top. In fact, I doubt anyone can even come close. So when the Netflix documentary came out, I was very excited to watch it. It is something that is very close to my heart, and I’m sure the same is the case for most of my readers.

If you are interested in learning more about people from the past who left behind a legacy, you should definitely check out The Empire Review: A Return To The Mughal Age. It is a show that is based on the Mughal ruler Babur and tells the story of how he established his empire in India and left behind a legacy of his own. 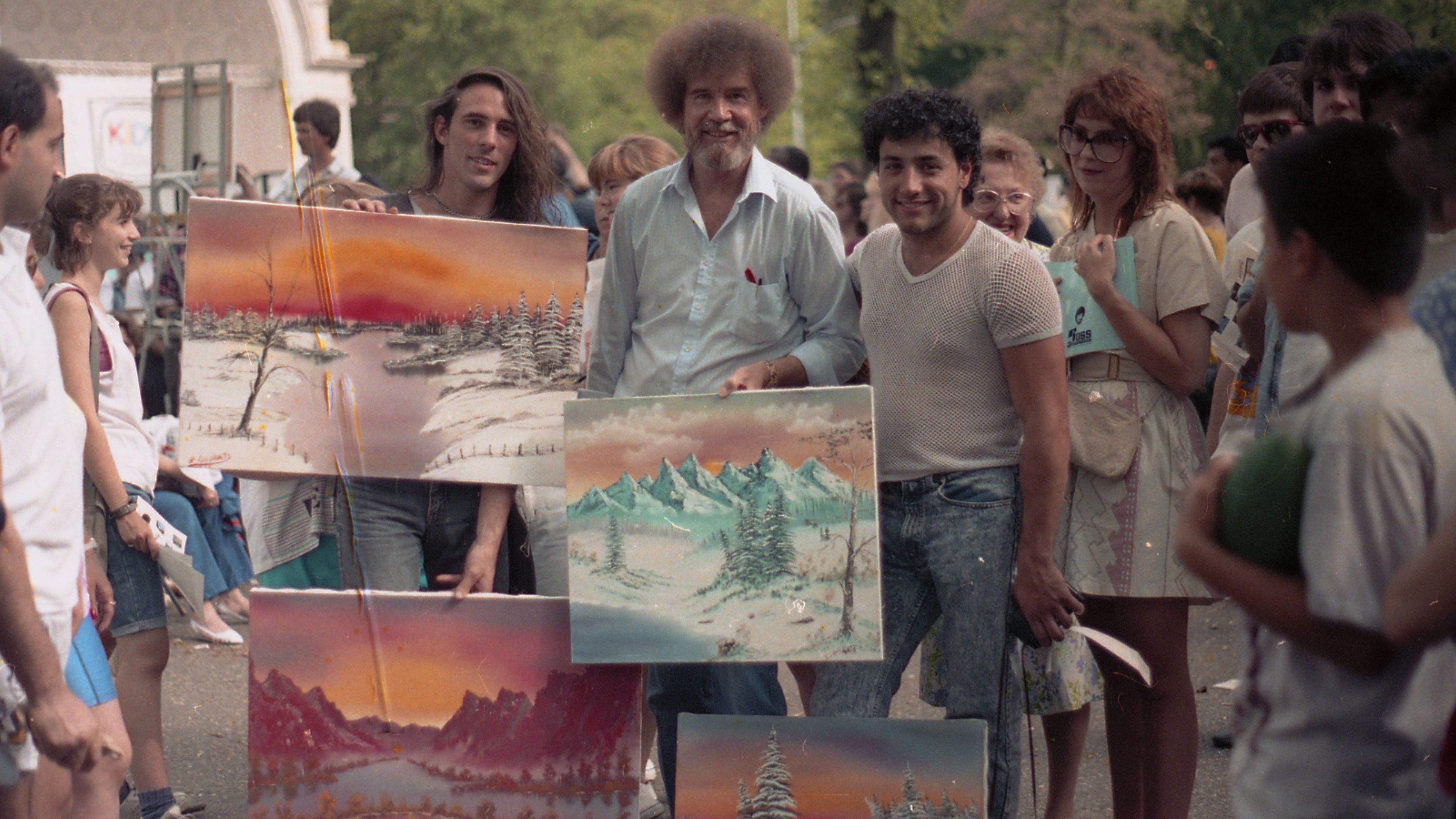 Bob Ross: Happy Accidents, Betrayal & Greed is a documentary that really brings you close to Bob Ross as a person. And there is nothing to shock you here at all. Bob Ross was who he was. And that was a charming and calm personality that soothed us when we watched him do what he did best. A prolific painter, Bob Ross possessed a calm sort of charm that endeared him to most people, and that is what most of us liked about watch the show.

The documentary goes beyond everything and brings us the most intricate details of the legendary painters life. It shows how beyond everything else, he was a normal person just like us, with a charming personality and a loving soul. He was a person who made mistakes just like everyone else, and chose to accept them and love them rather than respond negatively. He was an amazing human being and not in the way the media makes it out to be. The documentary shows the man beyond the media, and it does a thorough job of it.

The documentary, just like many others, takes an approach of showing the old and archived clips of Bob Ross, while telling a touching story of his life. And it does so in a very potently gripping fashion. It shows the emotional as well as the dark side of everything, and brings forth the struggles faced by him as he approached the end of his life at the age of 52. Even when battling cancer, Bob fought for his family and took the lead. And the same is told by his son in the interview. It is an inspiring story of a man who really cared about his family, and who fought till his death for them.

Another documentary on Netflix that I really liked was Untold: Caitlyn Jenner Is A Story Worth Telling. It is a documentary that talks about the struggles of Caitlyn Jenner, who won the Decathlon and became the greatest athlete in the world. It tells the story of her gender transition and is one that I would highly recommend you to watch.

Bob Ross: Happy Accidents, Betrayal & Greed: Should You Watch It

Definitely. There is no question about this one. If you are a fan of Bob Ross, or if you ever watched his show, then you must absolutely watch this documentary. It is a peek behind the curtains for those of us who are unaware of the reality, and it will really move you with what it can show you. So it is going to be a huge recommendation from my side.

Bob Ross: Happy Accidents, Betrayal & Greed is currently streaming on Netflix. You may watch it at the following link:

The documentary currently holds a rating of 7 out of 10 on IMDb, based on multiple user reviews. IMDb is our preferred platform for all movies and TV shows.

You may watch the trailer for Bob Ross: Happy Accidents, Betrayal & Greed down below:

What did you think about the documentary? Did you like it? Did you feel emotional for all that happened to the prolific artist? Let me know in the comments down below.

Willard Grosshttps://thefranchisehound.com
Willard Gross is a content writer with an eye for detail. He loves to write and create, but he also enjoys reading and analyzing the work of others in order to critique it. With every sentence he writes, Willard strives for perfection: each word should be just right.
Previous articleTed Lasso Season 2: All The Latest News
Next articleNailed It! Season 6: Release Date, Rumors, And All You Need To Know