Centaurworld is one of the better animations that we have talked about on this channel. When the animation originally came out, it was one of the best in its genre. Although the show had a rough start, it smoothened things out over the course of its first season and we grew to love the wacky characters that the creators had put out for us. Naturally, season 1 ended on a really good note and left the doors open for yet another outing for the show. The fans were also really excited for Centaurworld Season 2 because it promised to tie up so many loose ends from the first season. And now, Netflix has finally delivered on that promise.

Centaurworld Season 2 was recently released on Netflix on December 7, 2021. The show went on to do just as well, if not better than the first season. The show was awaited to conclude the end to the story of Horse and his friends. But there was always the question of whether there is enough here to warrant continuing the show. The second season might have concluded the story of Horse for what we know it is, but is there more in store? Is there going to be a Centaurworld Season 3? Do the show creators see any future for the show? And is the second season even worth watching? Keep reading to find out the answers to all these questions.

In case you still haven’t watched the first season of the show, I would recommend you to check out Centaurworld: Netflix’s New Animated Musical Reviewed

Centaurworld Season 2: Is There A Future?

For those of you who have been ardently following the series, it is no secret that Centaurworld Season 2 came out this month. All the episodes of the series were released in one go, and fans were free to binge on the episodes in any manner they liked. That is one of the best things the creators did, as it really helps with the continuity in the story. The second season of the show picks up right where the first one ends and goes on to tell the story of Horse and his adventures in this new animated world. Comfortable Doug plays a major role this season, back by popular fan demand, while others like Wammawink, Glendale, Durpleton, Ched, and Zulius play their own roles and add to the story in meaningful ways.

The finale for Centaurworld Season 2 has been an amazing one, to say the least. The show wrapped up every important plot point that had been set up in the first two seasons, and with that, brought an end to Horse’s story, at least for now. The musical is finally over, and it went out with a bang. While there is definitely potential for another season of the show, it seems unlikely given the circumstances and also according to what the creator Megan Nicole had to say.

Read more: Has The Ranch Season 9 Come to an End? 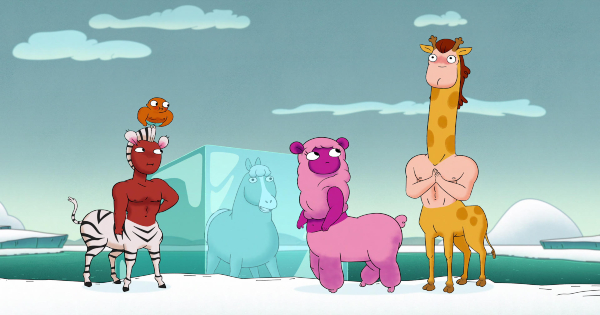 Talking about the season finale for the show, the creator had a lot to say. She said, “In terms of the show’s tone there’s so much going on. There’s a lot of absurdity. There’s the music and there’s all this darkness. One thing that we always looked to was the character relationships, what the stakes were for the characters, and themes of sacrifice, loss… kind of flow throughout the show.

Horse and Rider, throughout the entire thing, they’re right at death’s door. Everything is super dangerous for them. It was a moment that I really wanted to be in there, not just storytelling-wise, but I think it’s something that really is in music. In musical theater, death scenes or, in certain cases, near-death scenes, those are incredibly specific and powerful. That was something that we always wanted to have in there, a moment for them to share musically, but also for the story.”

This is in reference to one of the most defining moments of the show and one that might contain spoilers, but it does make a lot of sense as the creator also said that “Yeah. I would obviously love to make more, but this is it. This is what we made.” So we can be quite sure that there is no more Centaurworld for us. It is all good though. The show told the story that it wanted to tell, and it is over for now. The creator also said that while she would love to make more of the content, she was now looking at pushing and getting out of her comfort zone. She is going to try and get her hand in comics again. So let us see how that pans out.

Read more: Maya And The Three: Reviewing An Animation

With all that being said, Centaurworld Season 2 is one that fans had been waiting for. And now that it is finally here, there is a sense of completeness that simply cannot be overlooked. If you still haven’t watched the second season, I would recommend you to go ahead and watch it right now. It is an amazing one, and you’re surely going to love it.

Centaurworld Season 2 is currently streaming on Netflix. You may check it out at the following link:

What did you think about the second season? Did you enjoy it? Do you think there is potential for more here? Let me know your thoughts in the comments down below.

Willard Grosshttps://thefranchisehound.com
Willard Gross is a content writer with an eye for detail. He loves to write and create, but he also enjoys reading and analyzing the work of others in order to critique it. With every sentence he writes, Willard strives for perfection: each word should be just right.
Previous articleHas The Ranch Season 9 Come to an End?
Next articleGet Emotional With Crip Camp