Chaos Walking stems from a place in literature history that is well known among fans of fantasy literature and the like. Many of us here are fans of reading books and novels and adapting these amazing stories to the big screen has become a huge trend nowadays that every other producer is hopping on. Chaos Walking is another movie that is hopping on to this trend and continuing an era of movies adapted from literature. I’m personally a huge fan of literature and believe that it beats cinema every time. What do you think about this? Do you prefer literature or cinema? Tell me all about it in the comments.

Now, coming to the movie, Chaos Walking is one that is based in the fantasy genre, so will appeal to those who really like supernatural settings and love to fantasize about things. I think a large portion of our audience belongs to that category. So if that really is the case, the premise of Chaos Walking is one that you are definitely going to like, especially if you have already read the books. The movie is the first in a three part trilogy, and two more parts have been expected to follow after the first movie. So there is definitely things to look forward to when it comes to this franchise. Anyhow, let us get into the review of the film and talk in a bit more detail.

Read more: Do You Find The Day I Became a God Exciting? 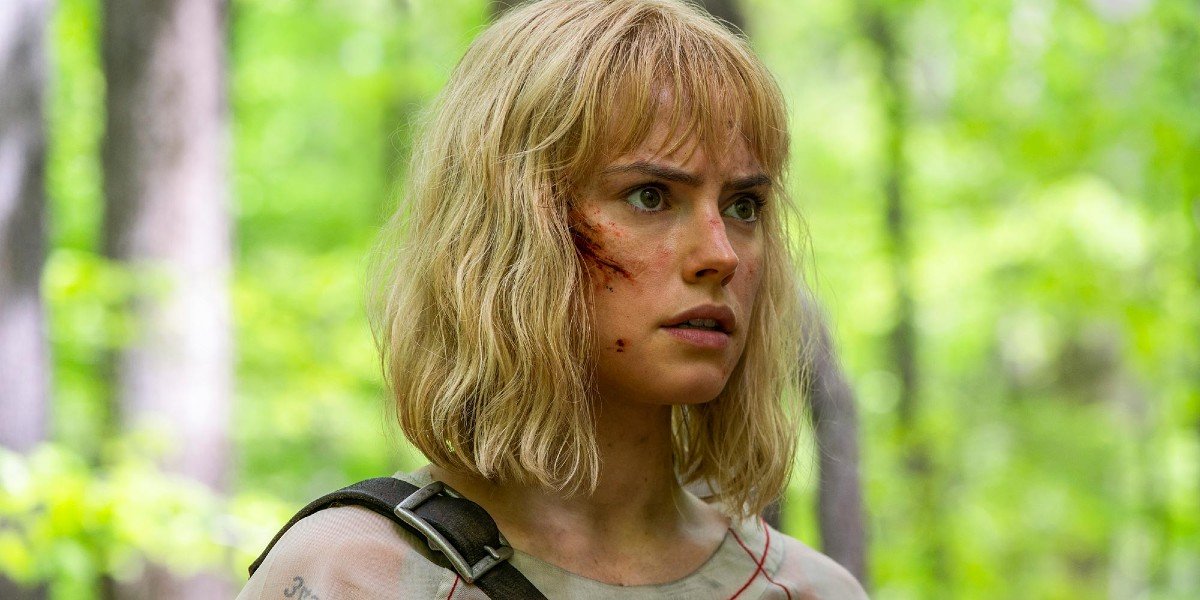 Coming to the review for the film, there is a lot you need to know about Chaos Walking. Based on the books by Patrick Ness, it is the first part in the trilogy based on the book of the name The Knife of Never Letting Go. The original trilogy by Patrick Ness is a staple among fans of the fantasy genre and is very appealing to most people. It is a really amazing book that I would highly recommend every fantasy fan to read. But does the movie hold up the same standards as those of the book? Or is it merely something that endeavors to shine in the same light, yet fails miserably?

Starring Tom Holland from Spider-Man and Daisy Ridley from the Star Wars Sequel Trilogy, the movie has a stellar cast that is undoubtedly making the case for itself when it comes to its place in the film industry. Yet, it is not just the cast that makes the movie. It is a sum of the whole. Unfortunately, that is somewhere that Chaos Walking just falls flat. While it is not a bad movie by any angle, Chaos Walking simply falls flat in the areas where movies are supposed to shine. The source material is amazing, the acting is amazing, and the cast never lets the movie down. But the way that the film is paced and directed simply doesn’t convey any sense of urgency to the viewers.

Ridley, in her statement, said, “It’s a story about two young people on the run from danger and what have you, but there is so much layered underneath it about gender politics and colonisation and making a promise to people… and you’re trying to make the best of a
situation that’s incredibly difficult. What do you do about that? Ultimately, it’s about
trust and hope.”

The movie starts off with Holland’s character living with his fathers and his dog peacefully in the town of Prentisstown, when Daisy Ridley suddenly crashes into the town and things change drastically. The mayor of the town, played by Mads Mikkelsen here, is out to get her for some reason, and now, paired up, the Holland-Ridley duo must escape the clutches of the men after them. The movie goes deep into the concept of alienation and invasions and explains the reasons behind the mayor’s conspiracy against the girl. This is all very nice in theory, but the film somehow feels lacking because of the way each concept is explained and fails to establish an environment where viewers can get lost and feel indulged. That is simply the biggest downfall the movie has, apart from the pacing issues and the awkward way many of the scenes have been shot.

Read more: Shadow In The Cloud: Should You Watch It?

Coming to the verdict for the film, Chaos Walking is one that will appeal to fans of the books and those who are already heavily invested in the story. The catch, though, is that the movie simply doesn’t hold up the standards of the movie, and fans of the books are likely to be underwhelmed. For those who aren’t invested in the books, there is little to be said about the reasons they need to watch this movie because I simply cannot recommend it to them. Overall, it is one that you can skip.

Chaos Walking is currently available to stream on Amazon Prime Video. You may check it out at the following link:

The movie currently holds a rating of 5.8 out of 10 on IMDb, based on multiple user reviews. IMDb is our preferred platform for all movies and TV shows.

You may watch the trailer for Chaos Walking here:

What are your thoughts on the movie? Did you enjoy the books? Are you a fan of the franchise? Let me know all about it in the comments down below.

Willard Grosshttps://thefranchisehound.com
Willard Gross is a content writer with an eye for detail. He loves to write and create, but he also enjoys reading and analyzing the work of others in order to critique it. With every sentence he writes, Willard strives for perfection: each word should be just right.
Previous articleDo You Find The Day I Became a God Exciting?
Next articleWhat’s The Fate of 911 Lone Star Season 3?