Charm City Kings takes you on a journey that feels all too familiar but has its own story to tell at the same time. With a vibe that is difficult to emulate and to grasp for someone who hasn’t experienced it, the movie takes on a challenge that is very interesting but questionable at the same time. And now that I have had a chance to watch the movie, there is stuff that I would like to talk about and to explore the movie in more detail for those of you who are wondering what it is all about.

The 12 O’Clock Boys is a name that not many people might have heard of outside of the place where it originated from. But the group rose to popularity with the 2013 documentary of the same name that went into big detail about the functioning of the group, and what it is all about, and why they do what they do. Lofty Nathan had hit the nail on the head with his documentary and brought the group to the popular culture where it eventually sustained on its own. And now, we have the new Charm City Kings movie that takes this concept even further with a fictionalized coming of age story of its own. So what is the film like? Keep reading the full review to find out the answer to that question. 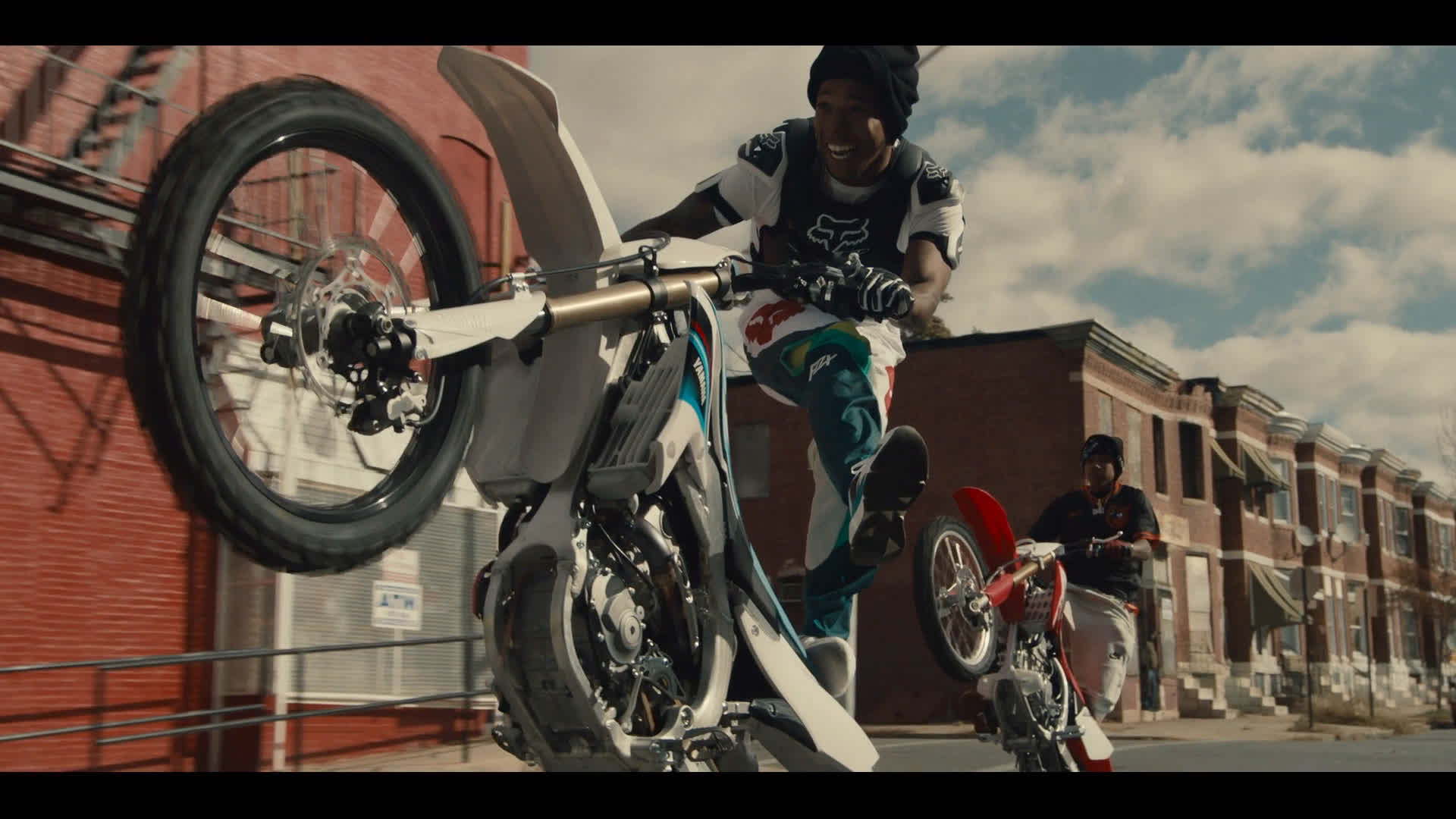 Charm City Kings is a fictionalized movie that takes on the big challenge of telling the real history behind the 12 O’Clock Boys, an underground group from Baltimore, Maryland, who are famous for popping wheelies on their bikes while keeping the wheel pointed straight forward. An elite group, by all means, the 12 O’Clock Boys, stylized as the Midnight Clique here, are one of the most influential groups in the area and admired to the fullest by our protagonist here, Mouse. With a zeal to join these kings of tire lifting wheelies, Mouse ultimately has the goal of becoming the best there is and pursues his passion relentlessly.

The movie knows exactly what it is aiming for here, and establishes the premise and the vibe of the story pretty early on, with no doubts about the type of movie that it is going to be. The movie sets you right in the midst of things and introduces you to the world of the bikers who fear nothing. The Midnight Clique is the central part of the story here, as we realize that Mouse’s elder brother used to be an elite Midnight Clique legend, and is his inspiration for getting into the club. Although said brother is now dead, the legacy that he left behind is more than enough to motivate Mouse to make his own name in the city.

A key figure in the film comes in the form of Blax, who acts as the leader of the organization, handling its daily activities and keeping it running. Although he has just gotten out of prison, he steps up as the leader while keeping himself clean by working as a mechanic during the hours of the day. After discovering Mouse and the drive that he has, he quickly starts acting like a father figure to him, and mentors him in ways that are more than one can accept. Maybe it’s the legacy Mouse’s brother left behind, but it is still commendable.

The Midnight Clique involves a load of other characters who keep the organization running, as well as contribute to the bling factor of it all. They take their influence on the streets seriously and will keep it moving for the sake of it. There is no good or bad here, and you will find yourself questioning the morality of it all throughout the movie. And that is perhaps the most interesting thing about it. The movie doesn’t try to paint a picture of right or wrong. It simply throws you in the middle of things and leaves you to your devices to make the choices for yourself.

The movie does tend to get lost in the web of characters and plots that it so effortlessly creates for itself, but it still finds its direction back inevitably. There is a balance here that can be appreciated, but I think it could have been done better. The movie does not tend to get lost in the themes that contributed to its existence and does not focus too much on the Midnight Clique, but it does provide a suitable backdrop for Mouse to truly find himself and be the person that he was meant to be. Above all, it is the story of Mouse and his journey, which happened to be heavily involved with the club.

This leads to a nice blend of feel good drama and glamorous visuals that fans of such clubs or cliques would highly appreciate. The story feels quite compelling, even though it manages to fall flat when you peer deeper beneath the facade. But perhaps that is asking too much from a movie like Charm City Kings. Nevertheless, it is one that you need to watch without knowing what to expect.

The visuals and cinematography are of the essence here as they truly give you a feel for the biker clique, with the tire screeching and whirring of the engines to truly convey a sense of reality to the movie. It genuinely feels like a serious affair, rather than a boys’ meet of sorts.

Charm City Kings is an entertaining film that takes its roots in a very real club that involves some very real history behind it. Combining that with the fictionalized Mouse here makes the movie that much more entertaining, and gives it a chance with audiences who might not be interested otherwise. I would highly recommend the movie to anyone looking to watch something entertaining with a twist of reality to it.

Charm City Kings is currently available to stream on HBO Max. You may check it out at the following link:

What are your thoughts on the movie? Have you watched it? Are you aware of the history the movie talks about? Let me know in the comments down below.

Willard Grosshttps://thefranchisehound.com
Willard Gross is a content writer with an eye for detail. He loves to write and create, but he also enjoys reading and analyzing the work of others in order to critique it. With every sentence he writes, Willard strives for perfection: each word should be just right.
Previous articleHave You Watched Best Paul Walker Movies?
Next articleWhat’s There in Law and Order Svu Season 23?