If you’re someone who is exclusively into mobile games and have played a lot of them, then I don’t think I need to introduce you to Clash of Clans. The game which came out such a long time ago has been at the forefront of mobile gaming ever since it gained popularity. In fact, the original game was so successful that it launched a series of spinoffs and different games set up in the same universe with different names that were similar to but not related to Clash of Clans. Now, another one in their library of Clash games is Clash Heroes and we are going to be talking about it today.

I’m sure that most of you here have heard of role-playing games. After all, RPGs are a huge genre with a big fan following of their own. If you’re someone who has ever played on PC or console, RPGs really rule the world there. However, the same has not always been the case with mobile games, which have mainly focussed on gameplay and mechanics, not paying much attention to the characters and their stories. However, it seems that publisher Supercell is trying to change that with Clash Heroes, a game about the heroes in the Clash Universe. This is actually something that fans have been demanding for a long time now, so it’s all in good time.

Now that we have talked about the game a little, let us get right into the details.

Clash Heroes: About The Game

Supercell established itself as a big power in mobile gaming when it brought out its original game, Clash of Clans, to the mobile. Since then, the universe that the game is set in has received a number of updates and the publisher has released a number of games for the same. Now, they are looking at one of their most ambitious installments in the series with Clash Heroes, which is supposedly a cooperative adventure game that also features some light RPG elements that help guide the story for the game. The game itself is looking to be quite a big improvement over what we have seen so far and that makes me really excited for it.

You will be put in a position where you will have to assemble your own team of heroes that will partake in the adventure across the Clash Universe and you will be able to embark on a lot of adventures, or at least that is what is being said about the game right now. There will be a lot in the way of customization as you can choose your team and even choose the way each character will be equipped. In addition to this, more characters will be added that we have never seen before. This is big news for the fans because this is something that is new to the Clash Universe and will undoubtedly add a lot of depth to the characters that have already been established as well as expand the lore for the franchise, uncovering new truths and secrets.

In addition to this, the Clash Heroes gameplay itself would also have a number of options for customizability, allowing users to enjoy the game in a manner that they find most enjoyable. This is something that a lot of games lack so it is good to see it here. You can either choose to play short 5-minute sessions of the game or you can opt for fuller and longer sessions, all of which are completely up to you and your discretion. 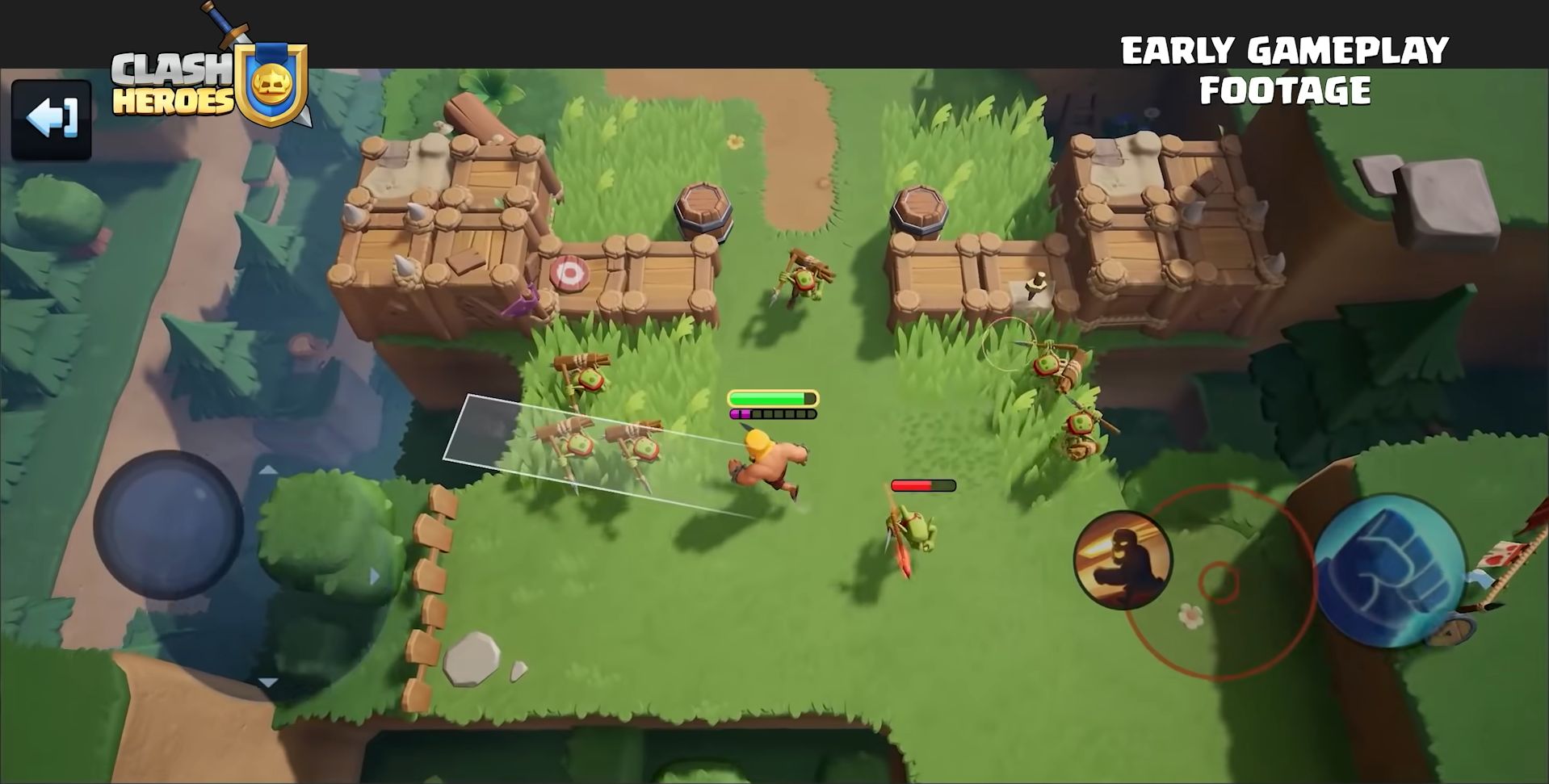 Now, this is one part that you are undoubtedly excited about. After all, Clash Heroes has been announced for some time now and everyone wants the latest information about the game. However, there is something to be said about development cycles here. Shortly after a game is announced to be in development, there is a long cycle of development that it must go through before it is delivered to the market. According to the last update by the developer, the game was still in early development and hence there is a lot of work that is yet to be done. So there is no official release date for the game yet.

Given the state of affairs, you shouldn’t expect the game to land on the platform any time soon. There is still a lot to do and I would state that it won’t be possible to get your hands on the game before 2023.

With all that said, I’m sure that most of you are excited about Clash Heroes. This will be a big addition to the Clash Universe and I’m really excited to see how it changes things and what new things it brings to the table. It is surely going to be exciting, and I’m closely going to be following it.

What do you think about the game? Are you waiting for it? Let me know in the comments down below.