Even if today was bad, there is always hope for a better tomorrow. The suffering of today might just be the path to the joy of tomorrow. But what if…. It isn’t? What if there is no tomorrow? Would you still be living the same? That is the question the Clouds movie asks its viewers, in a way that is emotionally touching, heartbreaking and requires a deep amount of introspection at the same time.

“You don’t have to realize that you’re dying to start living,” Zach says in an emotional statement to one of his closest confidantes and brings to light the way that we throw our most precious moments away without a thought about them. Why such a statement? That’s because he is dying from cancer, and has come face to face with the harsh reality of death, in the most heartbreaking way possible. 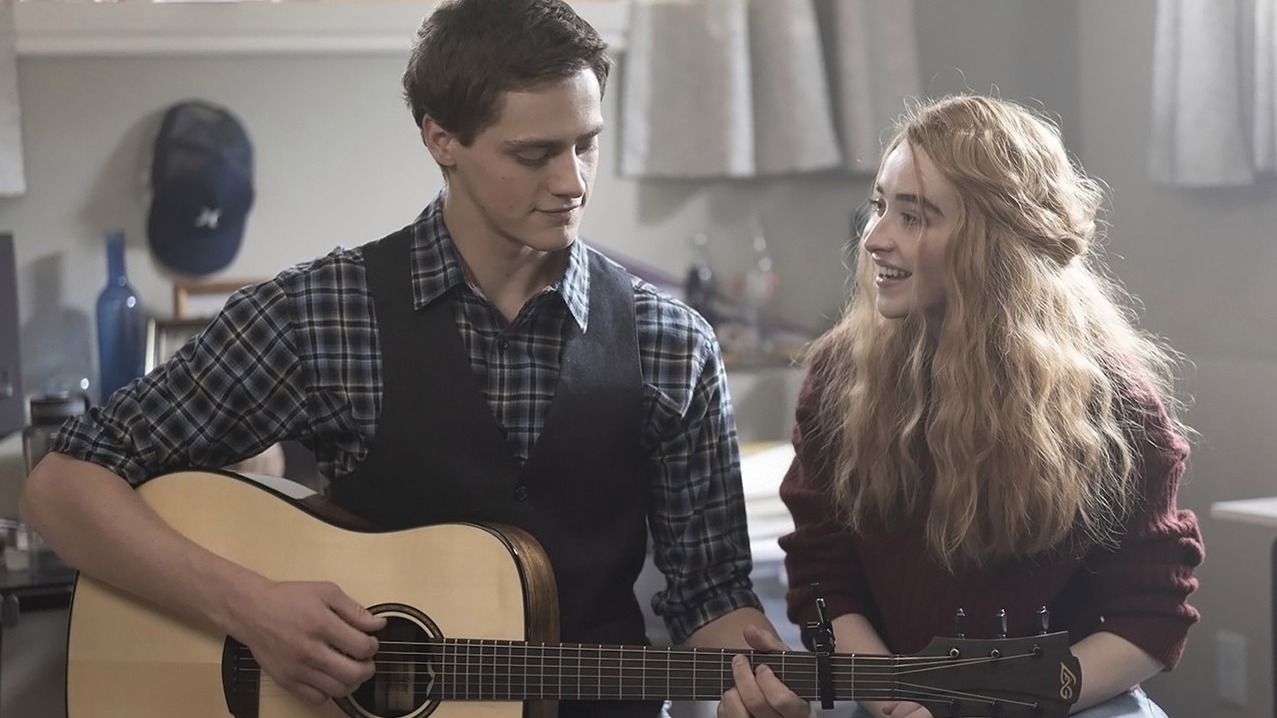 Based on a true story, the Clouds movie tells the personal experiences of Zach Sobiech, creator of the song “Clouds”, and hence the title of the movie. The movie tells the emotional story of Zach during his final months, a teenager who went from living a normal life, to being diagnosed with terminal cancer, and the impact that the diagnosis had on his life, and the lives of those around him.

Clouds is a heartbreaking tale that takes us through Zach’s journey as he receives the diagnosis for his terminal cancer, and on the way home, comes up with the inspiration for the song “Clouds”, which would later go on to be a big hit that would break all charts. It is a song that goes much deeper beyond the lyrics and is a reflection of the impact that cancer had on Zach’s life, all the while bringing with itself a tone that it uplifting and joyful at its core.

The Clouds movie tells us all the details surrounding his life during his last months, from his love life to the way that his family was affected by his diagnosis, which as the doctors said, was untreatable. Zach copes with his cancer in ways that would be beyond the scope of most teenagers and starts to get acquainted with his new life which involves crutches, among other big changes. Sammy, his best friend, is his biggest confidante, and a source of constant support in his life. She plays a big role here and is an integral part of Zach’s story.

Eventually, Zach decides to get off Chemotherapy, and to try and be “normal”, for what it is, as long as he can, and to live life for all the time that he has. But normal is not normal anymore, and the reality of the situation is felt by all those who surround him. He famously goes on to say, “You don’t have to find out you’re dying to start living.” And that really hits home. Because this isn’t some work of fiction. It’s real. And Zach’s thoughts and feelings were as real as they could be.

The movie also has a really touching scene in Clouds, where someone who is really close to him tells Zach, “What you are facing, knowing that your time is limited, is scary and awful. None of us is really enver promised tomorrow, we just assume it is going to be there. You get to decide what matters most now. You get to choose what your painting is gonna look like.“ And I find it to be something that truly essentializes the point of the movie, and of telling Zach’s story.

Zach also finally goes up to Amy and sorts out his feelings about her, no matter how painful it might be. In a way, he fulfills himself in the way that he loves her. In the climactic moment of the movie, Sammy and Zach finally upload their song on Youtube, and it becomes a viral hit. The rest, I believe, you should watch for yourself.

Clouds is an emotionally loaded movie that doesn’t exist just for the sake of invoking strong emotions inside you. Rather, it is an insightful movie that really drives home the ephemeral nature of our being, and the fact that we don’t have to be driven into the face of darkness, to truly find the light that makes our lives beautiful.

I could say the essence of it all is to live every moment as if it was your last. But it’s not that simple. It’s a reflection of the way we structure our lives and the fact that we are waiting for that one moment to live. But really, that moment is now, and we don’t have to wait to experience that beauty above the clouds.

It’s a definite yes. No ifs and buts. It’s a story that deserves to be watched, treasured, and to be shared. Clouds tells the story of someone who lived, and fulfilled his purpose in life. And that is something to be valued. I could go on about the amazing production by Disney or the decision to bring on board Sabrina Carpenter, but that is not the essence of the story here. Rather, it is Zach Sobiech, and the way that “We’ll go up, up, up but I’ll fly a little higher, go up in the clouds because the view’s a little nicer.”

Clouds is currently streaming on Disney+. You may watch it at the following link:

Have you watched the movie? Are you familiar with the story behind the movie? If not, I would highly recommend you to google Zach Sobiech.

Willard Grosshttps://thefranchisehound.com
Willard Gross is a content writer with an eye for detail. He loves to write and create, but he also enjoys reading and analyzing the work of others in order to critique it. With every sentence he writes, Willard strives for perfection: each word should be just right.
Previous articleTs Madison Talks About Drag Race Season 13
Next articleAre You Excited for Real Housewives of Beverly Hills: Season 10?