Den of Thieves, when it came out back in 2018, quickly took my heart away with its amazing action and well thought out plot. I really liked the way the movie ebbed and flowed, and it was a great pleasure to see it in action, with all of the added humor and the hilarity of it. It was a great watch and the same was the opinion of most critics and viewers at the time. Given the success of the first movie, almost immediately following its release, Den of Thieves 2 was given the green light, and the movie was approved for production. But given the way things have been the past two years, there has been little to no progress on the new movie. But now we have some news about Den of Thieves 2, direct from the source. So keep reading to find out what it is about.

You might also be interested in reading more about Ranking All of Daniel Craig’s James Bond Movies. Daniel Craig is one of the most definitive Bond actors since now, and with the latest release of No Time To Die, he has secured himself a legacy as one of the best in the industry. Read the given article and find out our take on all the Bond movies Craig has been in.

Den of Thieves 2: About The Movie Den of Thieves, at its core, is a movie that revolves around crime and theft. It is a story that revolves around a group of elite deputies at a police department who have to find a way to stop the robbers at large from robbing the Federal Reserve Bank. In that sense, it is a movie that revolves around heists and the like. And it is really fun too! You will certainly enjoy the cops and robbers act in its entirety, and it has a vibe to it unlike any other heist movie from yesteryears. Added to that is the cultural representation of the United States as a crime haven. It all comes together in a drama that will have you by the edge of your seats, waiting to see what happens next.

And now, with Den of Thieves 2, we are expecting much more of the same action and mind games that the robbers play on the cops, and in a much more gruesome manner. The brutality of the first movie was what set it apart from the rest, and lent it a vibe that could hardly be matched at the time. So we would expect Den of Thieves 2 to expand on what made the first movie so good and to do it better than ever before. But then again, all of the creative decisions lie with the producers and the directors, so fan speculation hardly makes a difference in the way the film is going to be. However, now we do have some official statements on the same, and they sound promising.

Also read more about Chicago Fire Season 10: The Latest News. Chicago Fire Season 10 is now coming up with the 200th episode in the series, and it is looking to be quite an affair. With spoilers and theories abound, it is tough to say what the team has planned for the episode, but whatever it is, we are excited to see it.

What The Team Had To Say About Den of Thieves 2 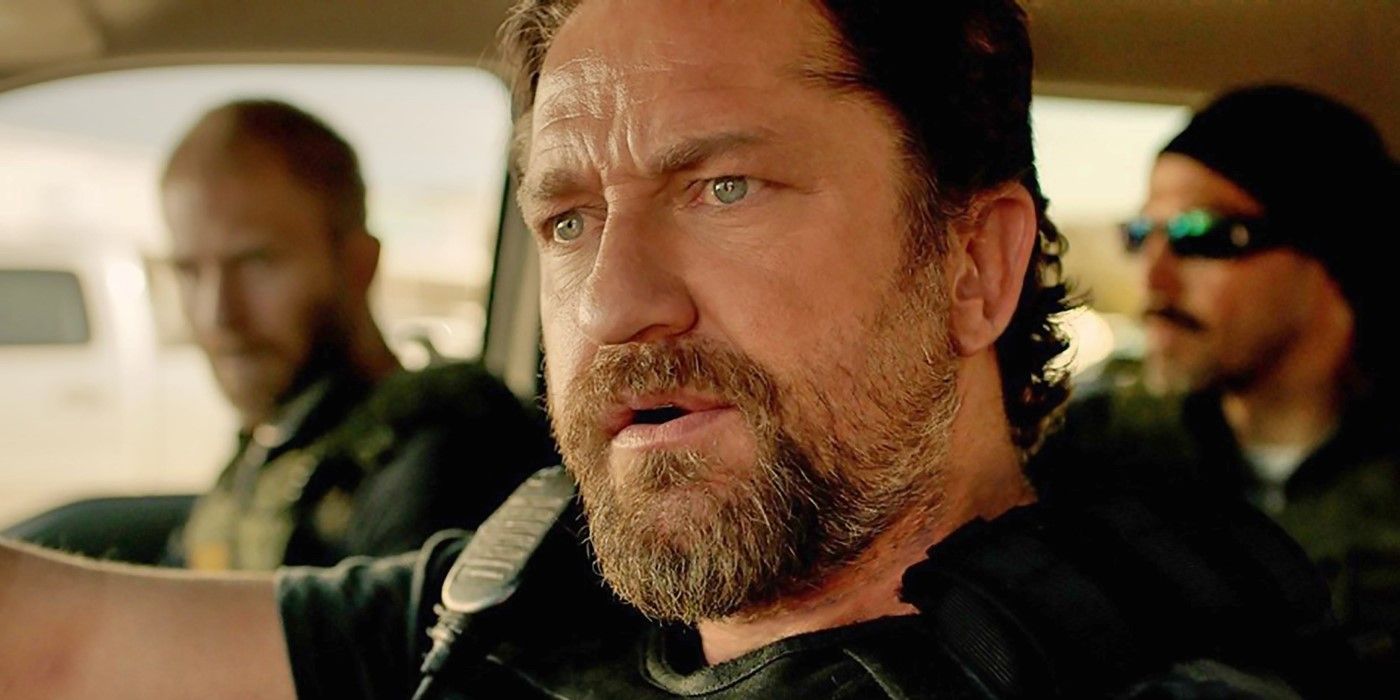 After the announcement of Den of Thieves back when the first movie had come out, we were left in the dark for a long time about the status of the second movie. But now, Gerard Butler, the producer behind the first movie, has come forward and talked about what Den of Thieves 2 might have in store for us. Beginning off with the fact that the new movie was going to be more glamorous than the first one, he expanded a bit upon it.

“We’re supposed to shoot early next year. We’re Europe-bound, we’re still on the hunt for Donnie who’s now on the diamond district in Marseilles. I go over to hunt him down, but with different intentions than you might imagine. So we’re gonna be in Marseilles, the Alps and London – it’s definitely a more glamorous journey than the last one, and probably a more fun, sexy journey,” Butler said in his statement, revealing a lot about the location and the premise of the movie. Promising a more fun and sexy journey, he is certainly raising a lot of expectations. But how it is going to transpire is not known yet, and these words might even backfire on the producer.

You might also be interested in Seal Team Season 5 Is Moving To Paramount+. Seal Team is one of the most followed shows on CBS. And with the success of the latest seasons, the network has decided to make a radical decision about the show. Bringing the show to Paramount+, things are going to change for fans of the show. Read all about it at the link above.

Den of Thieves 2: About The Cast 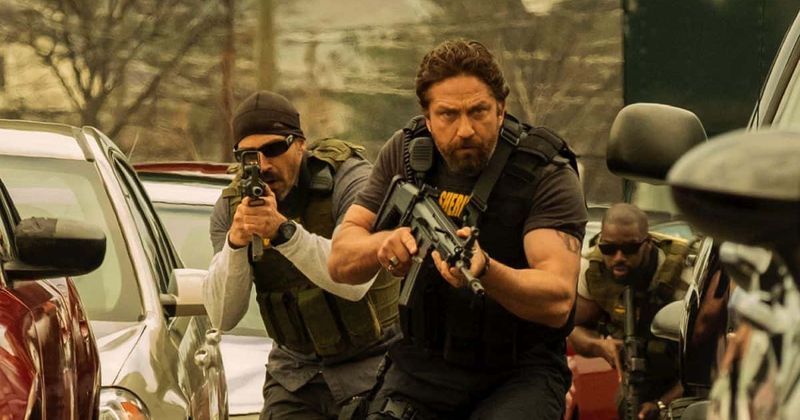 Den of Thieves had quite a stellar cast that was full of big names and a lot of talent. The first movie saw Gerard Butler himself starring in the movie as Big Nick, the detective from the police going up against Ray Merrimen and his gang of thieves pulling off the heist. The film also starred Curtis ’50 Cent’ Jackson, Pablo Schreiber, O’Shea Jackson Jr., Evan Jones, Dawn Olivieri, Mo McRae and Max Holloway. These are all big names in the industry, and gave quite an amazing performance in the first movie. Given the way things ended, and the fact that the second movie is directly going to follow the events of the first movie, we would expect that the movie is going to retain pretty much the same cast for the second movie.

Butler also stated that Jackson is going to be given a more central role in the second movie, as it was revealed towards the end that he was the actual mastermind behind the plan in the first movie.

Another interesting show that you might like is Good Trouble Season 3: Renewal News. Good Trouble is one of the newer shows on the network, and has been getting quite a warm response from the audiences over the past year. But is it going to be renewed? That is a question that needs to be answered. Read about it at the above link. Talking about the release date of the movie, that is something that is still completely unknown to us given the infantile stage of the movie. The movie hasn’t even begun shooting yet, and as Butler said, is going to begin shooting in early 2022. So that leaves us with a lot of time before we might be able to watch Den of Thieves 2. By all means, we would estimate that it is until at least 2023 before Den of Thieves 2 hits the screens. Please note that all this is conjecture and things might not turn out this way. So take it with a grain of salt.

You might also be interested in Is It Worth It to Watch the Cruel Summer ? Cruel Summer is one of the newest dramas out there right now. But is it worth watching? Read all about it on the link given above, and make your own opinion on it.

It is a great time for Den of Thieves 2 to come out right now, given the boom that heist movies are currently experiencing. And it is probably going to do a lot better than the first movie, which only did modestly well at the theaters. All of these things lead me to think that the next movie is going to be on a new level. And I really hope the movie lives up to all expectations.

While Den of Thieves 2 isn’t out yet, you may catch up on the story of the first movie on Netflix, the link for which is given below.

Watch Den of Thieves on Netflix

The movie currently holds a rating of 7 out of 10 on IMDb, based on multiple user reviews. IMDb is our preferred platform for all movies and TV shows.

You may watch the trailer for Den of Thieves down below:

What are your thoughts about Den of Thieves 2? Are you excited about the upcoming movie? Let me know in the comments down below.

Willard Grosshttps://thefranchisehound.com
Willard Gross is a content writer with an eye for detail. He loves to write and create, but he also enjoys reading and analyzing the work of others in order to critique it. With every sentence he writes, Willard strives for perfection: each word should be just right.
Previous articleRanking All of Daniel Craig’s James Bond Movies
Next articleIs It Worth to Watching Handmaid’s Tale Season 3?