As someone who has grown up in the early 2000s, I cannot overstate the importance that Disney has had in my life. From the beginning, Disney has been there to provide child-friendly content with a different twist at every level. Be it in the form of television shows, movies, books, merchandise, or more recently, in the form of games. Disney is one of the largest franchises out there and simply has no match for itself today. That is the reason that I was so excited when the Disney Mirrorverse mobile game was announced a small amount of time ago.

I’m sure that those of you who are Disney fans are already aware of this game and have been waiting for it for quite some time now. The game is a big addition to the Disney Multiverse and serves as a big gateway to many more movies, shows, and games to come in the future. Have you ever thought about the Disney Multiverse in a bigger scope? It doesn’t seem like something that should really be likely, but this game is proving it to be. Disney Mirrorverse is looking to be the biggest outing for the company yet in terms of mobile gaming, and I’m personally so so excited about it.

Now that you know the gist of it, we can get into the details and talk a little bit more about all that we know about Disney Mirrorverse.

Disney Mirrorverse: About The Game 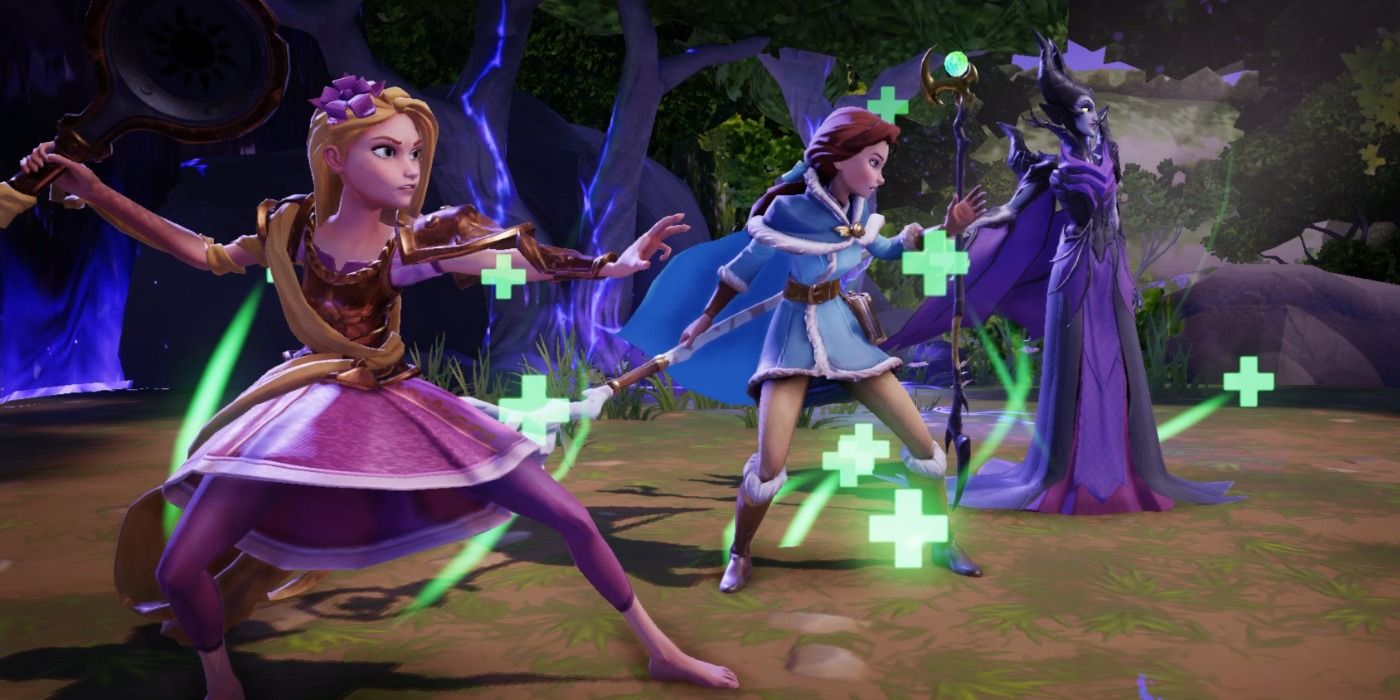 Disney Mirrorverse is an upcoming mobile game by Disney that brings back all the legendary characters that we have grown to love and adore over the year. The game is a team-based action RPG that allows its players to step into the shows of various Disney characters and employ their powers to step up against a deadly foe that threatens all. You might also be thinking that this is just a crossover of all the Disney heroes and heroines from over the years, but you would be wrong. This is one game that brings both the heroes and the villains from Disney stories together to take one united stand.

Characters from titles like Tangled, Monsters. Inc, Maleficient and other big Disney films also make their return here and make their mark with their own unique set of powers. The game itself is set in a different divergent universe that does not seem to follow the rules of the Disney universe that we have come to see and love. This time, it is the Fractured that threaten this universe and are looking to take everything over. Now you, as a team, must come together and take a stand against the deadly threat and do everything it takes to protect the land. The game is definitely one that will change your perspective on the way that Disney characters are designed, and their origins will start to make a lot more sense as you play the game.

Read more: Pragmata: All About The Capcom Game

Now, since Disney is such a big company, it is only fair that they also have a huge fan following. From kids to adults around the world, there is no demographic that Disney doesn’t target. They are a company that makes itself stand out because of the versatility of its content and the way that it is palatable to people of all tastes. So a lot of people have been waiting for the release of the Disney Mirrorverse. And now, we finally have a release date for the same.

Disney is going to be releasing the Disney Mirrorverse mobile game on June 23, 2022. The game will be released on both the iOS and Android platforms.

With all that being said, I’m sure that many of you are really excited about the Disney Mirrorverse. The game itself holds a lot of promise for the entire Disney universe. There is a lot riding on it, and I’m personally very excited about it.

You may check it out below:

What do you think about the game? Are you excited for it and the possibilities that it might have for everyone? Let me know all your thoughts in the comments down below.