After taking a long and extended break from music, Ed Sheeran is finally back. And he’s made his comeback in a phenomenal manner to say the least. On Friday, Sheeran released the music video to his new single “Bad Habits”. And the video has fans in utter awe. The video for his new song has the right amount of weirdness and is as haunting as we would like it to be. Sheeran himself stars as a vampire in the video for his song. But he’s as harmless a vampire as we have ever seen, and almost doesn’t resemble a vampire sometimes. The video in itself is a really cute and very well made one. It is all a very well knit affair. Sheeran shows off a new hair colour, vampire teeth, and an amazing portrayal of vampires.

Read More: The Many Saints Of Newark: First Look

Bad Habits: What Ed Sheeran Had To Say

Ed Sheeran had a lot to talk about when it came to his new music video and his return to the industry. Sheeran has not released a song since 2019 before this, and was on a hiatus. So it was natural there was going to be a huge commotion when he came back to making music after his long hiatus. In fact, Sheeran compared the feeling of releasing new music to the industry as a feeling that is comparable to the “nerves you have when you go in to do a school exam.” And we can understand his apprehensions about this, as it is really important for a song to do well.

“You kind of got this like grumbly feeling in your stomach but you know that when you’re in there, it’s go, go, go, go, go and you’re prepared and you’re ready for it. But your kind of standing outside the school like, ‘Ou, I don’t know how I’m going to do here.'”, Sheeran stated in an interview with Etalk.

Ed Sheeran also had a lot to say about the changes he makes to his music every now and then. He speaks on the importance of variety and how important it is to make decisions to change in order to progress. “This is the first single off the album and I wanted — when I did “Sing” off X and then “Shape of You” off ÷, it was always like you kind of put out a song you don’t really know how people are going to take it. I know that my fanbase when “Shape of You” came out were like, ‘What’s this! This isn’t the Ed we know.’ But if you don’t take left turns every now and then you never progress”, Ed Sheeran stated.

Buffy The Vampire Slayer: The Inspiration 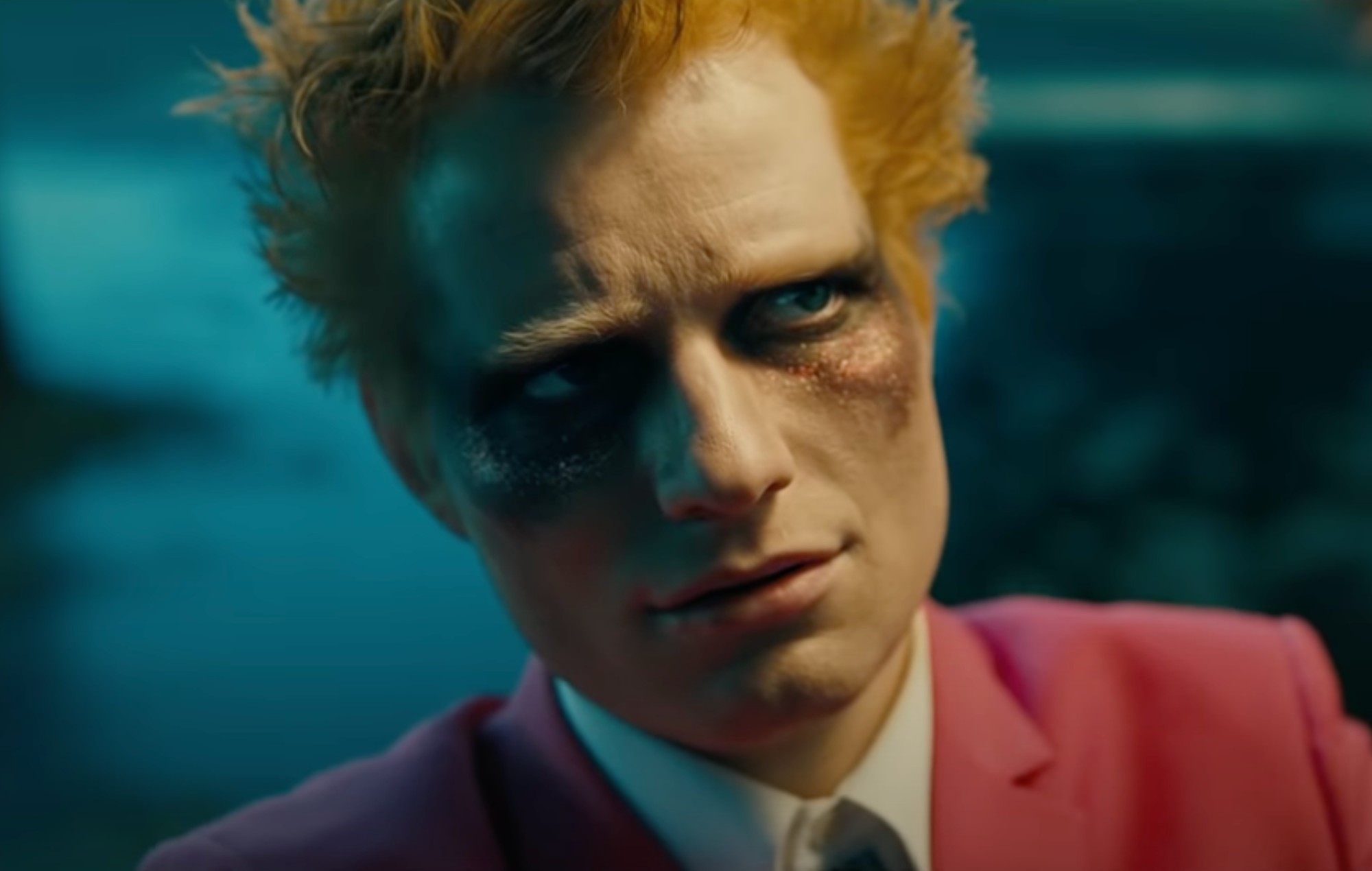 The main inspiration for Ed Sheeran’s new video is undoubtedly Buffy The Vampire Slayer. The series, which made its mark over 20 years ago, was one of the most popular TV shows of its time. And Ed Sheeran himself was a huge fan. He himself states that he managed to watch most episodes of Buffy The Vampire Slayer as they streamed on a daily basis. He used to watch the show with a few others on BBC. And the show was a huge inspiration for the music video for his new song. And it shows. We definitely get a lot of the same vibes from the video. And the video is really well made in that aspect.

In fact, Sheeran shared a picture of his during the shooting of the video, and he looks as vampirey as you can expect. It is a huge tribute to Buffy The Vampire Slayer, and one we are sure would be appreciated.

We highly recommend Ed Sheeran fans to check out his new video as soon as possible. It is an amazing listen and the aesthetics are just out of this world. So hop onto Youtube and check it out now!

Did you like the video? And the aesthetics? Let us know in the comments section down below.

Willard Grosshttps://thefranchisehound.com
Willard Gross is a content writer with an eye for detail. He loves to write and create, but he also enjoys reading and analyzing the work of others in order to critique it. With every sentence he writes, Willard strives for perfection: each word should be just right.
Previous articleThe Many Saints Of Newark: First Look
Next articleRedo of Healer Season 2 – Confirmed Release Date, Plot And More