The UEFA Euro 2020 is underway, and we are at the point where anything can happen. The Euro finals are finally here. And England and Italy are counting down to it. The home team or England has not won a single Euro tournament for more than 50 years now, and it seems like the bad luck just doesn’t end.

With the hashtag It’s coming home, England has been building up to the final a lot. And it has also been trolled a lot in the process. Italy isn’t sitting back either, as the men are going to give their all to spoil England’s party. And it is going to be really interesting. We have two excellent teams against each other that would stop at nothing to win the cup. Now it’s just a question of who’s really going to win over the Wembley Stadium.

The cup final is going to be a big one, as Wembley Stadium is hosting over 60,000 people, despite the coronavirus restrictions that have been put in place by the government. The cup has been looked forward to by a lot of the fans, and those who were disappointed over last year’s cancelation of the cup.

Read More: Summer of Soul: What Is It About

The buildup to the final match in the tournament is just insane. Both the teams have stepped up into high gear and will be bringing their best game to the tournament. Today has been an eventful day already, as Argentina won the Copa America cup and Lionel Messi made history. Now there would be no questions and doubts raised against the Argentine. The Messi debate is finally over. And we hope England and Italy are going to make history too today.

The final match is going to be quite one sided when it comes to support, especially for England. The match is being held on their own turf, where they last won the 1966 World Cup. And so, the stakes are going to be really high, but then so are the support levels. The stadium is going to be full of English fans who want to see their team win. And so, it is going to be a huge advantage for England, given that they make the most of it.

England captain Harry Kane had a lot to say about the tournament.”We’ve all waited so long as players, as public, as people to see us in a final. So these are the opportunities you have to grab with both hands. We have an amazing chance to win our second major trophy as a country. The players we’ve had over the years and produced, we feel proud to be representing them as well. We’ve got to be excited for it, we’ve got to enjoy it, bUt of course, any football match, we’re all winners here, we all want to win, and we’re going to need every bit of that to get the job done on Sunday.”

This tournament holds great stakes for England, but Italy is at no less a stake. This tournament is going to be huge for Italy. The team has had a rough couple of years and have a lot riding on them. The Italian team failed to even qualify for the 2018 World Cup, after a tough run in the qualifiers. And they have a reputation to maintain. They have never ever been beaten by England in major tournaments, and they need to maintain that record. It is going to atter a lot for them, so the stakes are huge here too.

Italy is also on a clean record for now. The team is on a national record for the number of matches they have played so far unbeaten. The Italian side has not been beaten by anyone in over 33 matches and they are going very strong. So the pressure is also on to maintain that momentum.

Italian defender Leonardo Bonucci had things to say too. “Playing at their home does not scare us. We are looking forward to taking to the field even though most of the fans present will be English. We want to do something historic, have a great performance and then we’ll see how it ends.” 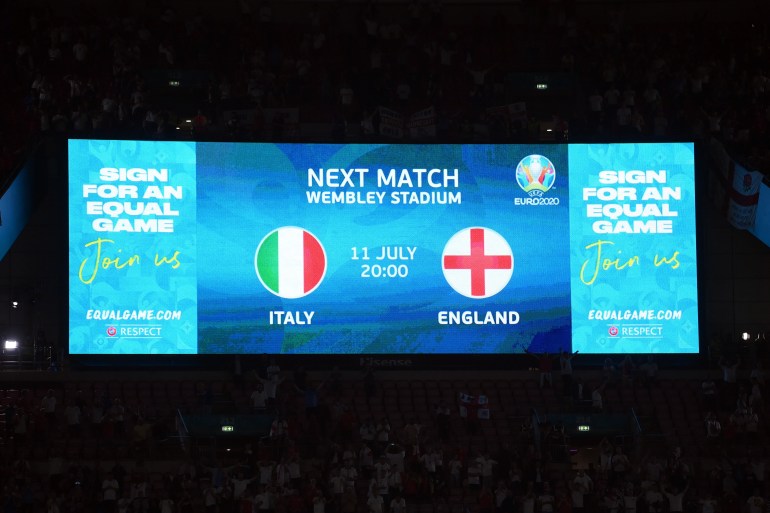 Many of you are in a doubt over when to watch the match. We would like to inform you that the match is going to start at 12:30 AM IST on July 12, 2021. So tune in to your sports channel to catch the final.

Who are you supporting? And who do you think is going to win? Let us know in the comments down below.

Stay tuned in to the Franchise Hound for the latest sports updates.

Willard Grosshttps://thefranchisehound.com
Willard Gross is a content writer with an eye for detail. He loves to write and create, but he also enjoys reading and analyzing the work of others in order to critique it. With every sentence he writes, Willard strives for perfection: each word should be just right.
Previous articleSummer of Soul: What Is It About
Next articleA Cannes Hidden Gem: Bloody Oranges Review