In a world that is quickly transforming itself to make it a more livable place for people who belong to the LGBTQ community, Feel Good Season 2 is a welcome addition to the arsenal of Netflix shows that revolve around the ideas of romance and drama. The genre itself is known as a dramedy, and Feel Good manages to be one of the best contenders when it comes to shows that Netflix has put out itself. However, like most other shows that have a limited scope, Netflix has decided to take a rather selfish route when it comes to Feel Good, and there are things that you need to know about the future of the show.

How many of you are fans of dramedies here? And how many of you belong to the LGBTQ community? Because if you do, then Feel Good is perhaps the kind of show that you should be looking forward to watching because it is one that manages to be a fresh breath of air in a world that is dominated by heterosexually motivated shows, and makes light of what it is to really be a member of the queer community in today’s world. Spoiler alert: it is not at all the way that people romanticize it to be. But it is something that can be really enlightening, and perhaps that is one of the things that Feel Good Season 2 makes the best of. So what is the second season of the show really like? Does it expand upon the first one? And how does the story move forward?

Read more: What Do You Know About Frontier Season 4?

Feel Good is a show that came out on Netflix back in 2020, in the midst of the crisis when the world was reeling under the pandemic. The show seemed to offer a sense of escapism in the midst of all that was happening and went on to become one of the major dramedies for Netflix that year. The show is a Netflix Original and so has the backing of Netflix, which further means that the show gets a lot of support in the way of financial backing and timelines for the show. The platform also seems to have a good hold on what people really want to see and what is going to work best.

Feel Good is a show that delves deep into the realm of sexuality and shows Mae Martin as herself, a comedian who is a struggling recovering addict, paired up in a messy romance with George, played by Charlotte Ritchie here. The duo is one that has begun to explore their sexuality together and is brought together by their own vices. Mae is a struggling addict who can’t seem to get over herself while George is still discovering herself and her sexuality, and in the process, making a lot of changes in her life. The show is a rather serious comedy that explores the budding relationship between the two and the way that their life circumstances shape everything.

Read more: The King: Eternal Monarch Flopped For This Reason 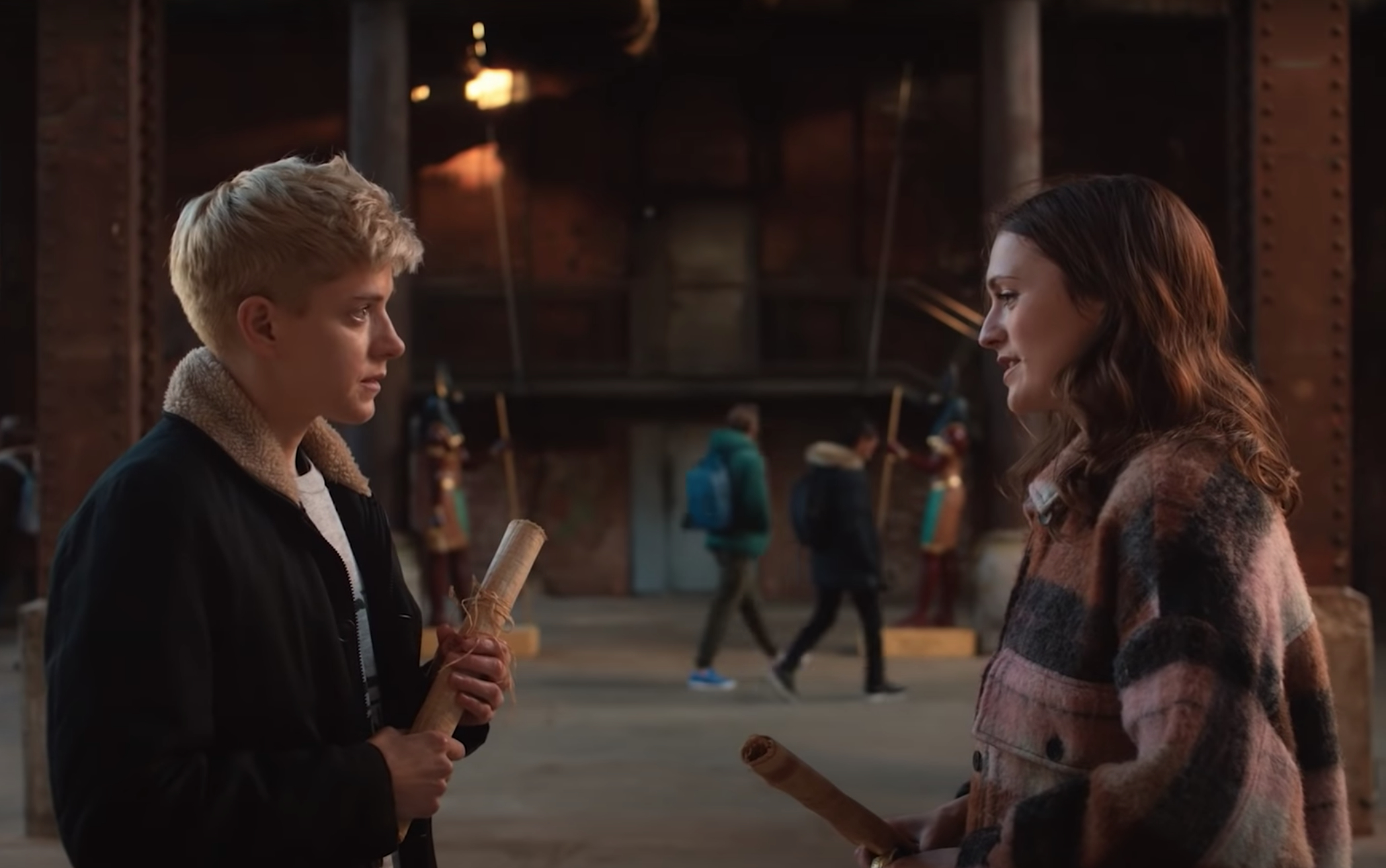 The two misfits have their own lives to get to, and the process of George informing her family and friends about Mae after being straight her entire life is one that is rather endearing and exposes viewers to the reality of coming out to the ones you love the most. It is a really scary process, and the show makes sure to give viewers an authentic experience of it. Feel Good Season 2 explored the depths that season 1 had introduced the viewers to and gave the story of George and Mae the nuance that it needed, not just in terms of how their romance affected each other, but the way their different lives intertwine with each other. There is a lot more focus on George’s journey this time as she manages to come out of the closet and panics in the process.

The side characters too have their own stories this time around which neatly blend into the stories of our main characters and manage to give a lot more context to why Mae is the way that she is, and gives a lot more depth to her addiction, and the trauma that caused all of it. The show explores Mae’s past in a really beautiful way this time around, and things start to make a lot more sense in the grand scheme of things.

All of this is accentuated by the fact that both the characters are given opportunities to get ahead in their career, given that they are prepared to pay the costs that are associated with making the switch. The way they navigate these choices is something that is really a big talking point for the second season and eventually affects each other. 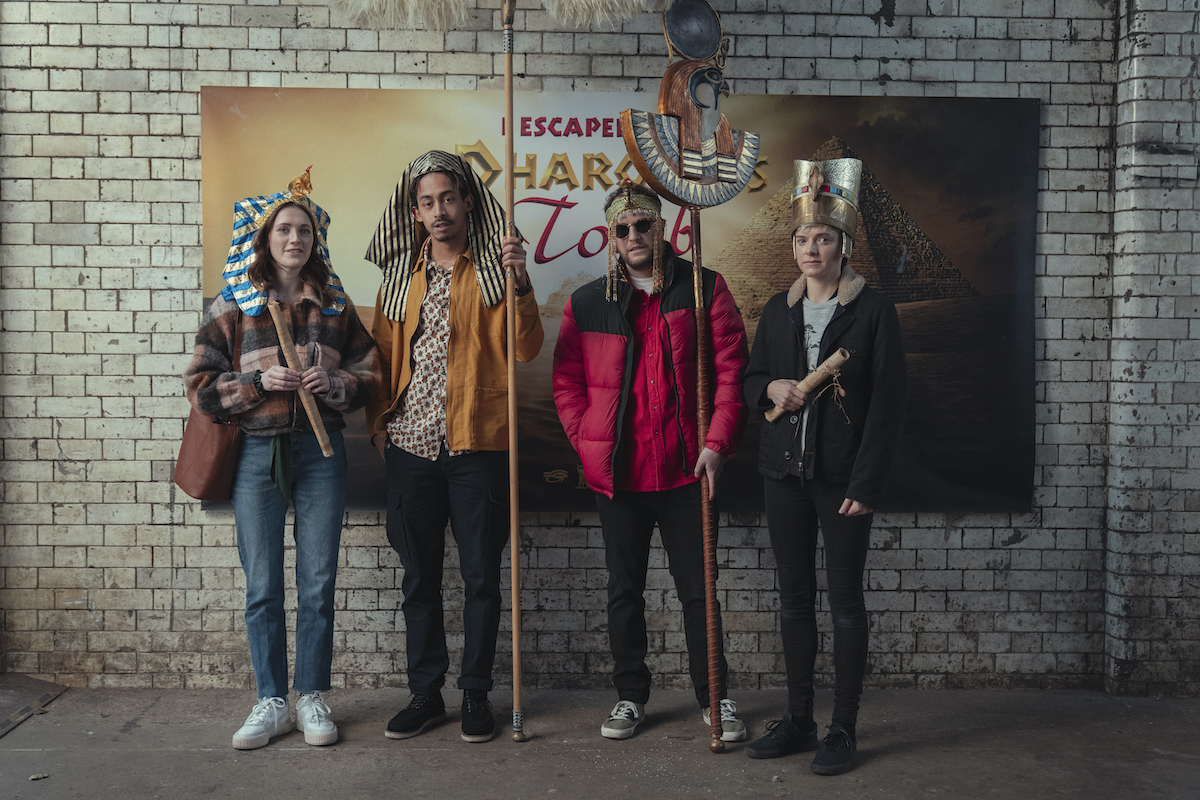 However, the show has been rushed to an unreasonable extent and the story of George and Mae deserved more. This is because Netflix decided to cancel the show after its second season and gave the show creators just one season to cover up the nuances of both the characters and their personalities in one season, while also giving the viewers an emotionally satisfying finale. This was pretty unreasonable on Netflix’s part and definitely affected the show in a negative way. The second season of the show explored the relationship between the couple in a really amazing way and deserved more. However, Netflix again decided to take the route of making what sells, and clearly Feel Good isn’t something that does.

The show gives the viewers a really emotionally cathartic and satisfying ending, especially considering the time frame that it had to end the show. There is not much more one can ask for from a show. The show has the right blend of laughter, insight, love, romance, and drama to make for a really interesting watch that will leave you thinking about the show for a good few days. So I would say that I really enjoyed the second season of the show despite the fact that it was unreasonably paced.

Coming to the verdict for the show, there is not much that I can judge this show on. From what I saw, the show is one that does mostly everything in a good manner. Where it struggles is the pacing due to the show being canceled by Netflix. However, I would still recommend everyone to watch it. It is a worthwhile one in my opinion.

Feel Good Season 2 is currently streaming on Netflix. You may check it out at the following link:

You may watch the trailer for Feel Good Season 2 here:

What did you think about the show? Did you enjoy it? Did you think that it was worth your watch? What are your thoughts on George and Mae’s romance? Let me know in the comments down below.

Willard Grosshttps://thefranchisehound.com
Willard Gross is a content writer with an eye for detail. He loves to write and create, but he also enjoys reading and analyzing the work of others in order to critique it. With every sentence he writes, Willard strives for perfection: each word should be just right.
Previous articleWhat Do You Know About Frontier Season 4?
Next articleWhat’s The Update About Easy Season 4?