Square Enix makes some pretty darn great games and there is simply no doubt about that. I’m sure that you all have realized that by now, with the way that they have been putting out amazing franchises with incredible installments for decades now. It just isn’t something that happens by luck. It has happened gradually over a period of time and Square Enix has built itself on some really successful franchises. Speaking of these franchises, it’s hard not to mention the new Final Fantasy VII Remake. After all, this is one game that we waited years for, even after the developers announced it back in 2015.

Final Fantasy VII was arguably the highest point for the franchises, with players going crazy over the game when it came out for the first time on the Playstation back in 1997. The game simply blasted through all expectations and became one of the bestselling games of all time. The game was one that actually drove the sales of the original PlayStation as one of its landmark franchises. And it did so again when the Final Fantasy VII Remake came out just a couple of years ago in 2020. Square Enix again blowed everyone away with their new rendition of the beloved game. It was simply beautiful and reimagined the game in a way that no one else could have.

However, there is no game in the world that cannot be improved a bit by adding some mods to it and modders are always on the lookout for new ideas and put out new mods all the time. And I’m personally a huge fan of modding games. This is also the reason I’m going to talk about the new mod for Barret Wallace today. This is pretty big and fans have been talking about it, so I simply couldn’t let it go. 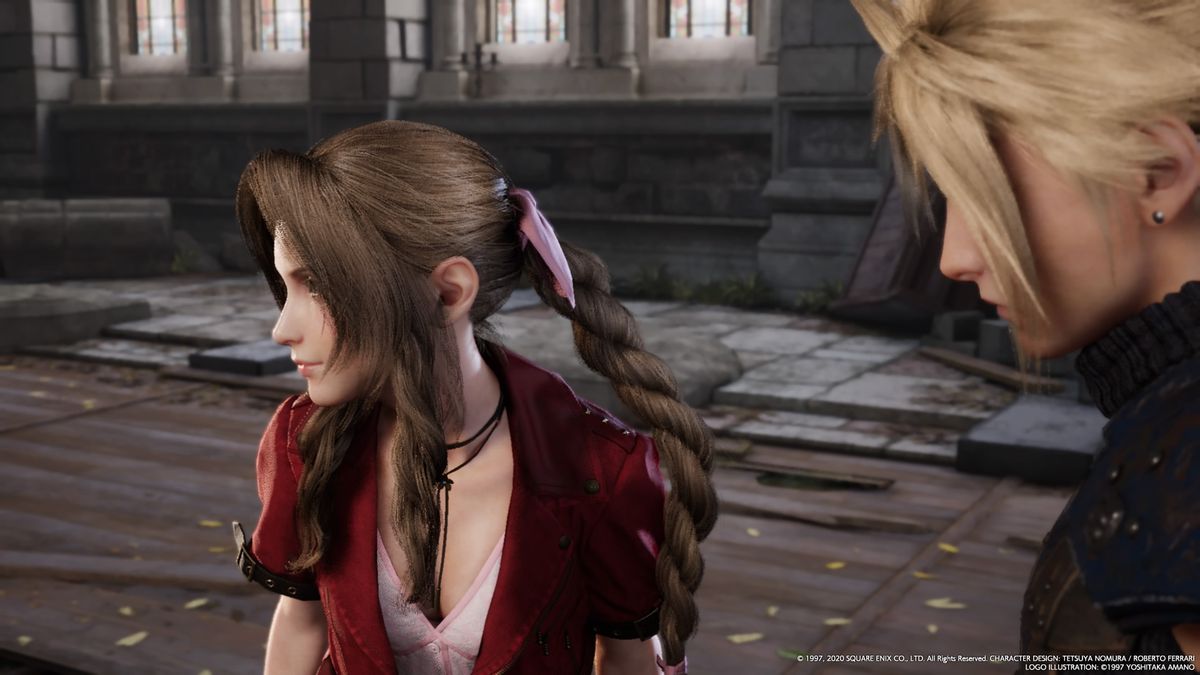 As you might be well aware, the Final Fantasy Series is arguably one of the most artistically inspired game franchises of all time. Players all over the world have been fans of the franchise for a really long time and the franchise has continued to put out great artistic content again and again. However, while the creators of Final Fantasy VII Remake have taken care of even the minutest details, there are things that they have not always been able to address. A few of these things have lately been addressed by modders all over the community. The game, while it has stuck true to the artistic wonder that was the original game, doesn’t really pay much heed to the inspiration where it all came from.

To put things in perspective, a big artist that is heavily involved in the massive success of the Final Fantasy franchise is Yoshitaka Amano. The Japanese illustrator is well known for his art work for the Final Fantasy franchise from a very long time and has been known for making art that simply transcends what the game is even able to show. The illustrator was involved in the pre-development concept art for the Final Fantasy VII Remake and actually inspired what the actual game turned out to be. However, the developers over at the game studio don’t always decided to go with what he has conjured up. But that is again for good reason.

While Amano’s art is definitely a class apart, it is sometimes not practical from a video game’s point of view. But then again, it was never meant to be. It was meant to be an extension of the franchise and to give it more depth and to flesh it out. It adds a lot of depth to the art in Final Fantasy, but it is simply not adapted to the actual game. And the same is the case with the character art of Barret Wallace. While Amano drew a rather beautiful illustration of the character, the actual character in the game is far from the representation. And this is when mod creator Amiibolad decided to step in. When the development team steps aside, the work of the modding community begins. All big games in the history of gaming have been the subject of modifications. Mods are simple changes in the game code or the game assets that are meant to greatly enhance the experience, and players around the world have been doing a pretty good job of it over the past decades, ever since gaming even began. And so, when Final Fantasy VII Remake came out, it wasn’t subject to any discrimination from the modders, and work on modding the game began almost immediately. In fact, the game enjoys a rather healthy modding community on Nexus mods right now, so if you want to check out some mods, head over to Nexus Mods.

Now, a major mod creator, Amiibolad, who have been heavily highlighted in the gaming community for their work on mods for a long time now, have come up with a mod for Final Fantasy VII Remake that completely overhauls the character for Barret Wallace in the game. This is one mod that takes inspiration from the actual pre-development art from Amano and adapts it into an actual character model for the game. Needless to say, Amiibolad, who are also famous for their work on Breath of the Wild, have done a rather amazing job here that is hard to beat. And considering how tough it is to find Amano’s artwork and the way in which it is limited, Amiibolad has done a lot of work to get this done.

All of this is really appreciable considering the way that the mod has turned out to be, which is phenomenal, to say the least. This is the best rendition that we have seen so far, and we are delighted. To give a little more perspective, the creator of the mod added their comments to the description. They stated that the mod “makes Barret wear an Amano inspired design, there isn’t a lot of art to use as a reference, so I kept all the parts that are visible: Ponytail, fur trim, earrings, and facial piercings. The rest is my interpretation of Amano’s free form shapes and patterns, and of course: BEADSS! Enjoy. Choose only one at a time.”

Now, you might be wondering where you can get a taste of this new mod and how you can experience it. But don’t worry, because the mod is rather easy to get. All you need is a Nexus Mods account and you can be on your way as the instructions to install the mod are given on the Nexus Mods website. You may find the link for the mod here.

What are your thoughts on the new mod by Amiibolad? Did you like it? Do you think it’s a big improvement over the original character model for Barret Wallace? Let me know all about it in the comments down below.

Stay tuned in to the Franchise Hound for the latest updates in gaming.