As a fan of the newest games that are coming out on Playstation 5 right now, I have to say that I’m particularly surprised by the variety of games that we are seeing from the Sony console this time around. This is a particularly big era for gaming and the new Sony titles are all making it seem as if it can’t stop getting better and better. A particular highlight of Sony’s event that I have had my eye on for a long time now is Forspoken. For those of you who are fans of the Playstation 5 and Sony games in general, Forspoken needs no introduction. And for those of you who haven’t heard of the game before, know that it is a new IP by Square Enix games that looks quite promising, especially on the new PS5.

If you’re a fan of supernatural elements and games that are centered around exploration and RPG elements, then Forspoken is one that you should definitely keep an eye out for. In fact, when Sony first revealed the trailer for the game back in 2020, the crowd simply went nuts over the game and the all-new IP by Square Enix quickly made its name as one of the games to watch out for on the PS5. However, the fact that Square is developing this game also means that the game will be making its way to the PC, much like a lot of the games on the Sony Playstation in the yesteryears. This is definitely a move in the right direction, don’t you think? I am personally really happy about it and cannot wait to grab the game on PC.

So now that we understand a bit about the game, maybe we can talk in a bit more detail about it and discuss the release date for the same.

Forspoken: About The Game 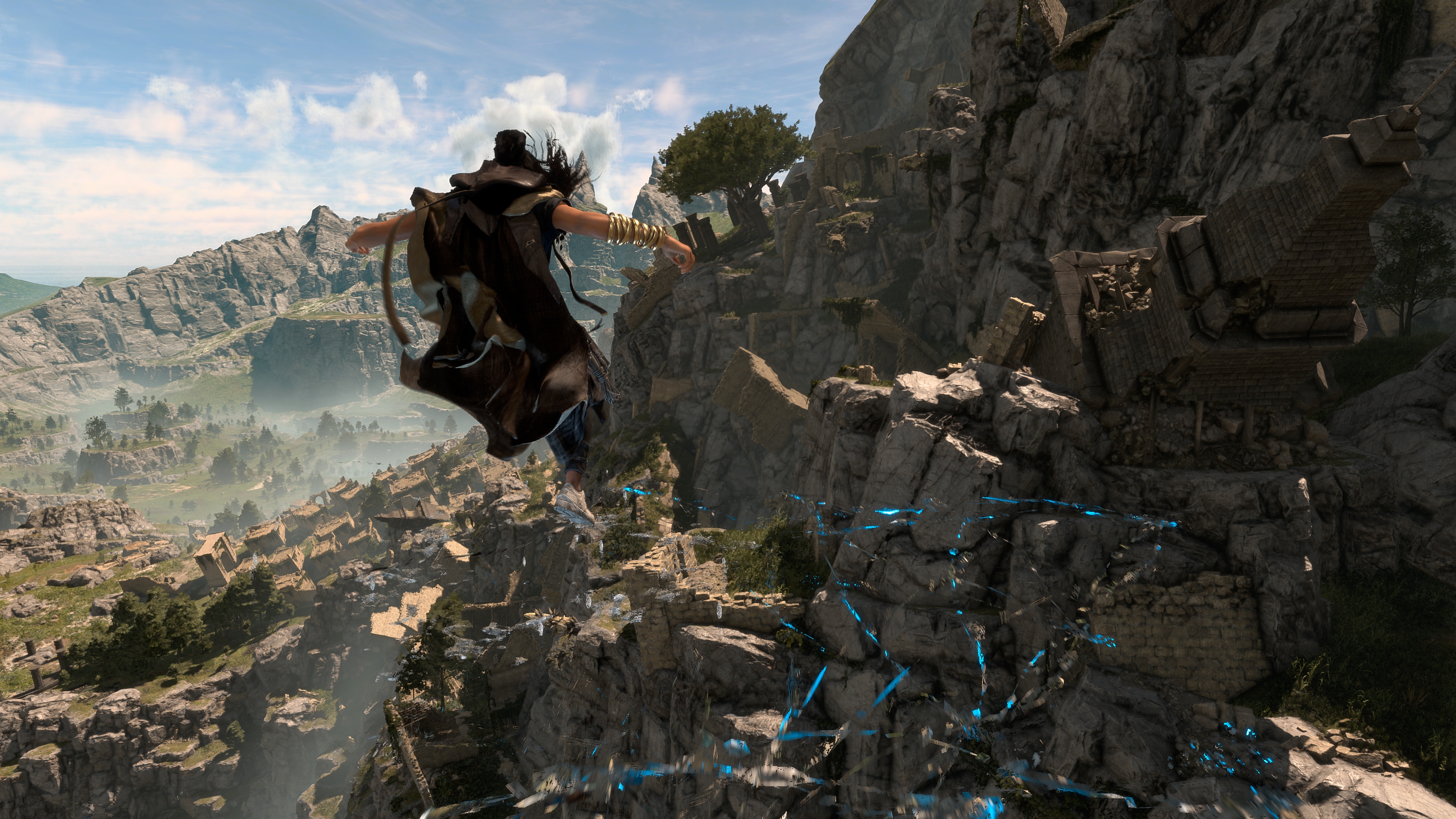 Forspoken is an all new game franchise that has been published by Square Enix and developed by Luminous Productions Studio, a studio that is internal to Square Enix itself. While you might not have heard the name of the studio by itself before, I have no doubt that you would have heard about the game Final Fantasy, if you’re a gamer who has been following the gaming industry for a long time. In fact, Final Fantasy is one of those games that bear the marks of true quality. That being considered, the stakes and the expectations for Forspoken are pretty high too.

Coming to the game, Forspoken is an open-world game that revolves around the main character Frey Holland, who is played by Ella Balinska here. Frey is a girl who has apparently been abducted from the modern world of New York to the fantastical and almost fictional world of Athia. The game involves your journey as you go across the world with the help of your abilities and fight the enemies that are out to get you using the superpowers that you have been avoided. With a single player narrative, the game promises lots of planned activities and the set pieces are relatively really fun. Also, with the way that the system works, the game possesses some RPG elements that would dictate the way your character works.

Now, I know that this is the part that you all have been waiting for. In fact, it is the most important part of any game before its actual release. I’m sure that you are worried when the game will be released given the way that offices are functioning right now and that some of the dates might not even be accurate. And honestly, you would be right because we have seen that the release date for games has been quite dicey lately. If Forspoken can be brought out on time, then it will set a precedent for other publishers to bring out the games on time. However, if we continue with the same disappointing pattern, it is going to be difficult to even get your hands on the game.

Now, initially, the release date for Forspoke was all set to be May 24, 2022. However, with the way that everything is right now, Forspoken went some underlay delays and now the date has been pushed back several months. It is expected that the game will now be released on October 11, 2022. This is a good release date for the game and doesn’t push the expectations that we had established for it.

Read more: Gigapocalypse Is Making Its Way To Consoles This June

With the way that everything is going down, I’m quite sure that you are waiting for the game to come out so that you can get your hands on this magical adventure that is going to be filled with exploration, fun, and scary enemies.

How do you feel about the new Forspoken game? Are you excited for it? Is there anything that particularly interests you about it? Let me know all about it in the comments down below.