Gunpowder Milkshake is one of the most Queer movies of 2021. In fact, just calling it a Queer movie might be an understatement. It is one of the most progressive and forward thinking movies of 2021. It manages to stay entertaining and sufficiently crazy, while still being rooted in its queerness, and never becoming too preachy or political. And that is what separates it from the rest. It is the perfect blend of social progressiveness and dumb action. Which also happens to separate it from most of the movies that we have on display. It manages to retain its originality and be different from the rest in a very good way. And we have never ever seen anything like it before. So what potential does this new movie hold? Keep reading our review for Gunpowder Milkshake to find out more.

Gunpowder Milkshake: About the Movie

At its core, Gunpowder Milkshake is really an action movie. It tends to follow the same formula of the protagonist working for an evil corporation and eventually turning against it in a spectacular turn of events. The movie centers around Sam, whose mother abandoned her when she was only 12 years old. Weathered by her circumstances, Sam went on to become a lethal assassin in the same cult her mother used to be in, The Firm. The movie follows Sam as she cleans up The Firm and has a constant target on her back. Now she must take one last stand, one that can fundamentally change her future, and those around her. And that is what the movie is really about. It’s about the action that comes with all that vengeance and drama.

Gunpowder Milkshake is an American movie through and through. The love for weapons and killing is clearly on show here, and the violence just adds to the glamour. And talking about glamour, it is an integral part of the movie. Gunpowder Milkshake never ceases to amaze with the way it glamourizes all the women on set and the violence they cause. It is a highly violent and highly visual movie and one that focuses on aesthetics. Because aesthetics really are a strong point for Gunpowder Milkshake, and we love the way the production team has handled them here.

Read more: The French Dispatch: Wes Anderson In His Element

There is quite a lot to like about Gunpowder Milkshake, particularly all the queerness it brings to the table. Added to that is the relationships it builds over the course of its run. They really contribute to the story. The aesthetics and glamour of the movie are another winning point, paired with the phenomenal cast. The cast really makes the movie here, with Lena Headey from Game of Thrones heading the way and absolutely slaying it.

However, the movie is not without its flaws and is certainly not perfect. As we said, the aesthetics and presentation for the movie are its strong points, but that is not what really makes a movie. The fact that it is an American action flick throughout is its biggest negative. The movie seems to lack any substance and any relationships that it does build over the course of its runtime are rather lackluster. The story for the movie falls quite flat and comes out as weak when viewed from the perspective of the average viewer. Sure, it has its place for fans of glamorous action flicks, but that is really about it.

Read More: Bhuj: The Pride of India: Trailer Released | Storyline | All You Need To Know 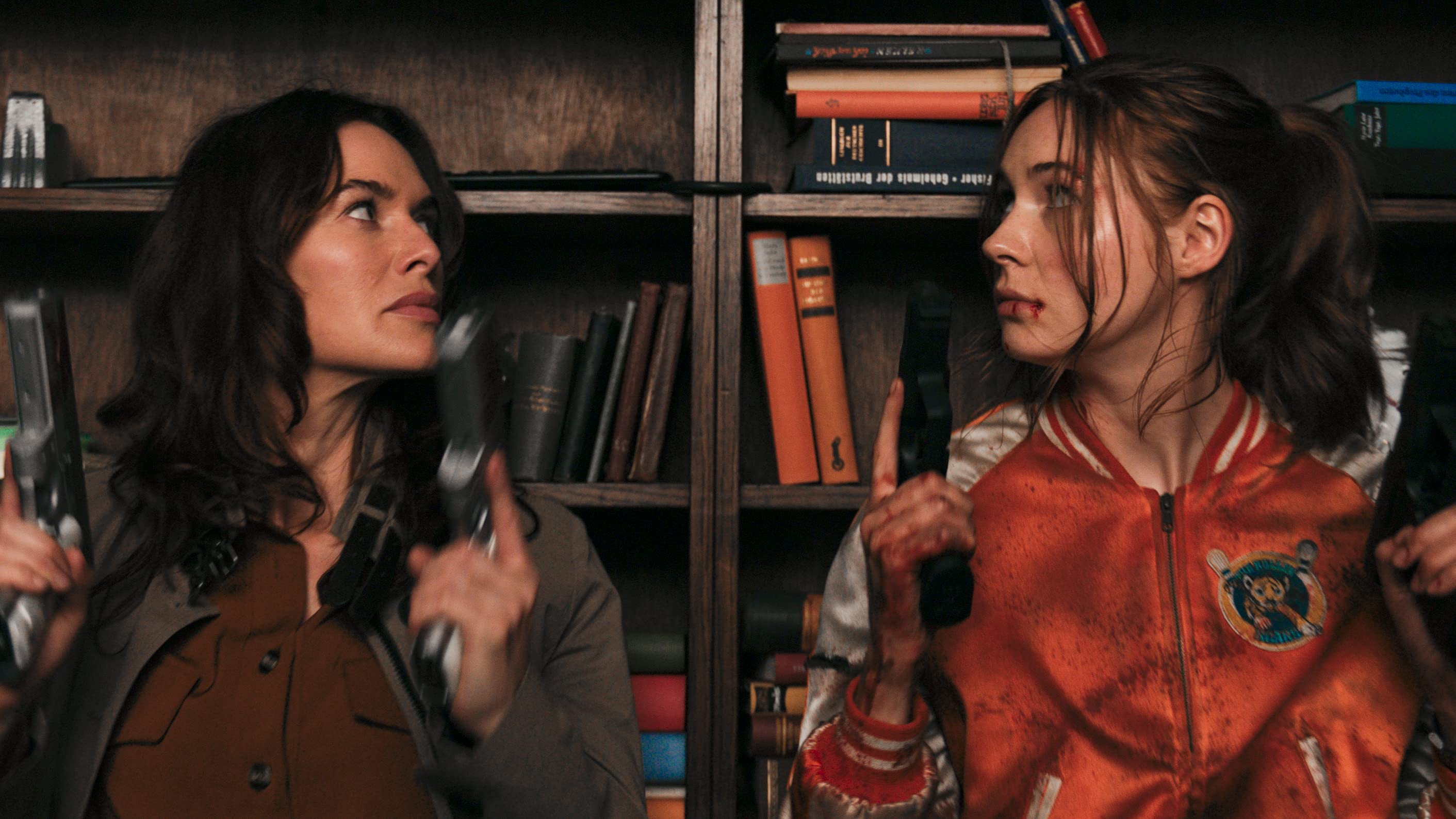 Gunpowder Milkshake, while being an amazing movie that happens to celebrate queerness and show it in an amazing light, is one that is really difficult to recommend for any other reason. While the blend of queerness and action is one that will appeal to a specific minority, the majority of viewership just won’t care for it. It is a good action movie to watch when you’re bored or have nothing to do over the weekend, but it is certainly not one we would recommend you to put on your watch list. So if flashy action movies are your jam, sure go ahead. But others should probably steer clear of this one.

You may watch Gunpowder Milkshake on Netflix by clicking here.

What do you think about the new movie? Did you like it? Do you agree with our assessment for the movie? Let us know in the comments down below.

Willard Grosshttps://thefranchisehound.com
Willard Gross is a content writer with an eye for detail. He loves to write and create, but he also enjoys reading and analyzing the work of others in order to critique it. With every sentence he writes, Willard strives for perfection: each word should be just right.
Previous articleThe French Dispatch: Wes Anderson In His Element
Next articleDeep: Netflix Review | Should You Watch It