Halston Netflix: Is It Worth A Watch?

Fashion is undeniably one of the biggest statements one can make, especially in the world of today. It is perhaps one of the most important forms of expression that we have in our arsenal when it comes to showing the world who we are. And the same has been the case throughout history. The Halston Netflix show is a prime example of what it means to be known for the kind of expression you put out there and has been the subject of a lot of controversies since it came out. And that is perhaps something that it may never truly recover from, but it can be appreciated for what it is.

For those of you who still aren’t sure what I’m talking about, Halston was a leading designer back from the late 20th century who climbed the ranks from very humble beginnings and went on to become one of the most famous designers out there, influencing fashion industries across the globe. That is really something to admire. And the Halston Netflix series is one that focuses on his life, his beginnings, his hardships, and most importantly, his legacy. So what is the show really like? Is all the criticism warranted? Or is it all just noise being made in the name of criticism? These are the questions that need to be answered. So keep reading to find out whether the miniseries is one that you should be watching. 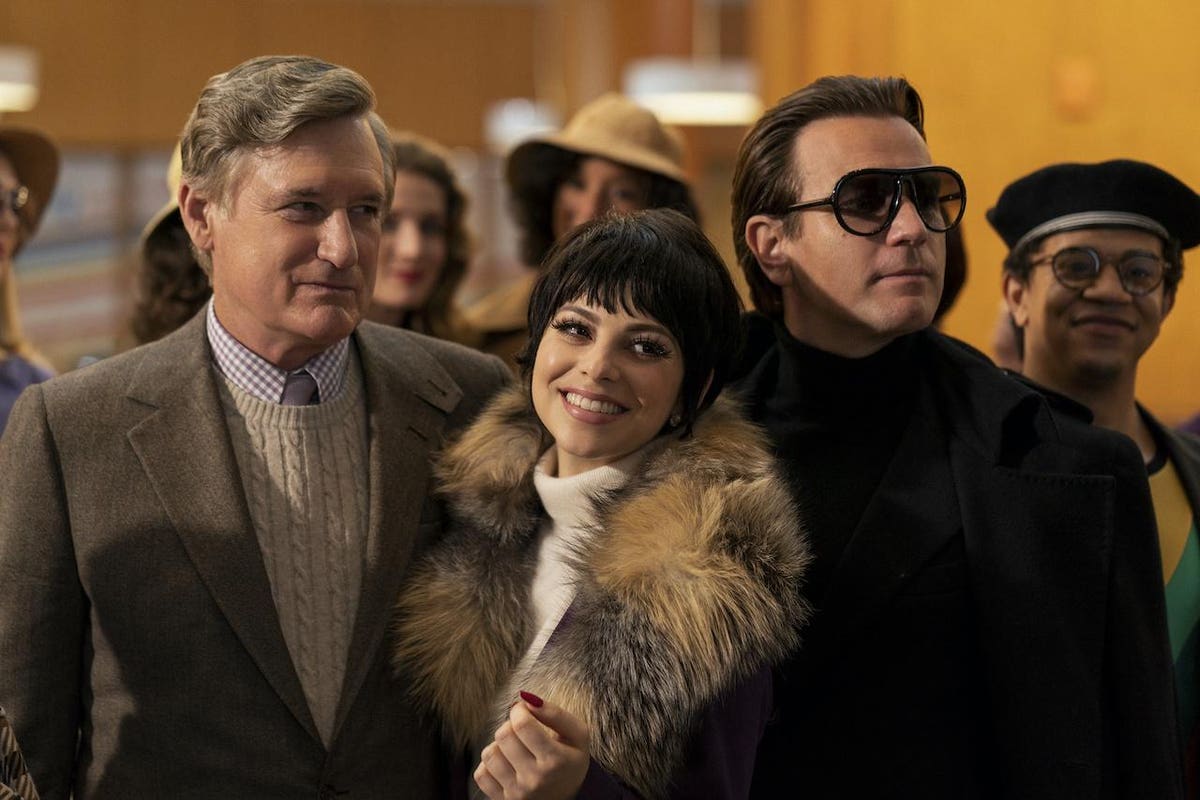 The Halston Netflix show is one that has been the subject of a lot of controversies ever since it came out. The show was originally boycotted by the Halston family itself as they accused it of giving an inaccurate and fictionalized portrayal of the life of Halston and painting him in a very different light. Critics, too, joined in on the conversation and had mixed reactions to it. But for someone who is really not aware of the history behind Halston, is any of it really going to matter. While the question of authenticity does come up and is important, one needs to ask themselves the extent to which it really matters when reviewing a series that is not a documentary.

Based on the biography Simply Halston: The Untold Story, written by Steven Gaines, Halston Netflix tells the story of Halston from his rise in the 60s to his death in the 90s. It tells the story of the legendary designer from his humble beginnings and the opportunities that came his way which allowed him to become one of the most influential people worldwide. Directed by Ryan Murphy, an established film creator at this point, the miniseries stars Ewan McGregor in the main role as Halston. You might recognize him from his role as Obi-Wan Kenobi in the Star Wars Prequel Trilogy. He is joined by other amazing cast members in the form of Krysta Rodriguez as Liza Minelli, Rebecca Dayan as the jewelry designer Elsa Peretti, Gian Franco Rodriguez as Victor Hugo, Bill Pullman as David Mahoney, David Pitttu as Joe Eula, and Rory Culkin as the young Joel Schumacher.

All things considered, the cast for the show is pretty damn terrific and you will not find anything to really complain about when it comes to the performances that each member puts in. Ewan McGregor is amazing in the role and makes a welcome return to the limelight after a long time. His portrayal of Halston seems authentic and all his eccentricities are highlighted to the fullest in the Halston Netflix show. The show tells the story of Halston as he goes from being an average nobody to someone who becomes famous for selling pillbox hats, to generating fashion ideas for a whole new generation of people. But not everything is fine and dandy as he struggles with the problems that he suffered during childhood, with drug abuse and betrayals by his closest friends being a subject that is discussed in great detail here.

The show also takes its time to tell the stories of those around Halston, and to show what they did with their lives, because truth be told, everyone on that team went on to make a name for themselves in their respective industries. Joel Schumacher is a name that we all know, and he is not at all someone you would expect to have his roots in the fashion industry. But that is what the show is really about. Telling stories that are untold to an audience that would appreciate them and bringing everything to a major platform. And Halston Netflix series excels at that. I personally really enjoyed the way everything was done on the show, with a lot of heart and soul being put into it. The criticisms about inauthenticity or inaccurate portrayals may be valid, but they don’t really take much away from the show.

Coming to the verdict for the show, I would say that Halston Netflix is one show that I really enjoyed watching, and would gladly recommend to anyone around me. The way that the show tells the story of a legendary designer, his rise to fame, and his fall after his closest people betrayed him is one that I really found to be full of heart, and I really loved that about it. Ewan McGregor has blown it out of the water in his role, and there is simply not a lot more than you can ask for. In my opinion, Halston’s Netflix series is one that is worth watching.

Halston is currently available to stream on the Netflix platform. You may check it out at the following link:

Halston Netflix currently holds a rating of 7.5 out of 10 on IMDb, based on multiple user reviews. IMDb is our preferred platform for all movies and TV shows.

You may watch the trailer for the series down below:

Let me know your thoughts on the series. Did you enjoy it? Did you find it to be accurate? What are your thoughts about the designer?

Willard Grosshttps://thefranchisehound.com
Willard Gross is a content writer with an eye for detail. He loves to write and create, but he also enjoys reading and analyzing the work of others in order to critique it. With every sentence he writes, Willard strives for perfection: each word should be just right.
Previous articleHave You Watched Deadly Illusions Yet?
Next articleThe Wrong Missy A Comedy Dose For You