Happier Than Ever: A Love Letter To Los Angeles Review

I’m a huge fan of Billie Eilish and her music. And I’m sure many of you must have heard of that name before. In fact, many of you must be fans of the amazing young singer. She has such an enchanting voice and a way about her words, that it is impossible to forget her once you have listened to her. When she came out on the Billboard, it was a huge shock for everyone, because no one ever expected this from her, and she simply blew everyone out of the water, and rose to fame. And recently, she released her new record Happier Than Ever. For fans of Eilish, this was one of the most awaited records ever. And needless to say, she did a phenomenal job of it. And now, we have Happier Than Ever: A Love Letter To Los Angeles, a sort of film, but also a sort of a monologue.

Happier Than Ever: A Love Letter To Los Angeles is one that really had me intrigued from the moment that I first saw it. Maybe it is because I’m such a die hard fan of Eilish, or maybe it is just the fact that Disney went all out with the teaser. The popping bass and the flowing rhythms take you to an entirely different place, and will have you fully immersed in the surroundings of the movie. It is simply phenomenal, and the teaser itself is enough to get you amped up about the movie, so that is something I would definitely recommend you to watch to get a feel for what this film is all about. Now that we got that covered, let us get right into our review for Happier Than Ever: A Love Letter To Los Angeles.

Happier Than Ever is sort of a monologue to the album by Billie Eilish. If you liked it, then you might also like Ted Lasso Season 2: All The Latest News. Ted Lasso Season 2 is a show about a coach who heads a football team without prior experience. You might find it really interesting based on your taste.

Happier Than Ever: A Love Letter To Los Angeles: The Review 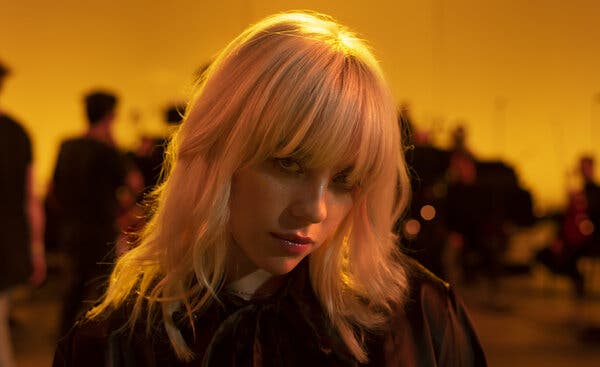 Happier Than Ever: A Love Letter To Los Angeles is exactly what you would expect from a concert film. In fact, it might even be more than that. It is sort of an experience from the perspective of someone who was there to witness it all, the good, the bad, and the enchanting.

The film follows Billie Eilish as she performs in her hometown, coming out as a star of her own, who has been the subject of the stardom that Los Angeles has bestowed upon her. She is one in the hall of fame and is going to grace it forever.

The film takes place at the Hollywood Bowl, and there is a lot to admire here. Billie Eilish sings a great set of songs from her new album Happier Than Ever and executes it with perfection. Collaborating with the Los Angeles Philharmonic, her sets are nothing short of amazing, and that is further solidified by the editing that Disney has done here.

Another thing of note is the completely desolate Hollywood Bowl, as Eilish performs her groundbreaking sets, and gets lost in the rhythm. It is nothing short of amazing and gives the film a vibe unlike any other. Performing a virtual concert for an invisible crowd gives it a haunting and desolate vibe that can be endearing and empty at the same time, and can absolutely enchant you.

Disney, true to its roots, has put in animated sequences of Eilish going through the streets of Los Angeles, flying through the starlit sky, and gazing over the enchanting view. It truly gives it an unreal vibe, and it is something that really goes along well with the theme of the music. 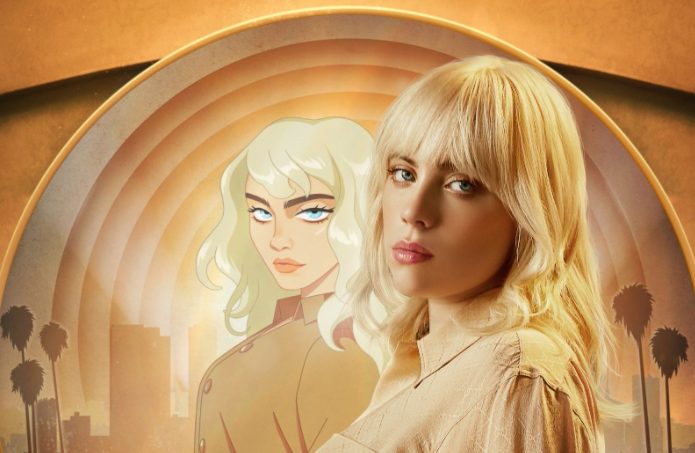 Billie Eilish is unabashedly herself here. She has nothing to hide, and nothing to prove to anyone. She has her own struggles, and she definitely brings them out here. But she also has a strength that is admirable, and people that lift her up, and who make sure that she gives the best of herself, no matter where she is, or who is looking at her.

She performs beautifully, taking us on a nostalgia trip with her classical influences and retro style blended with modern pop, which is what makes Billie Eilish so special. All the spotlights are on her, and she manages to perform with elegance and class that not many are capable of. And the blend of the old and the new is simply something that is worth admiring because it manages to retain the elegance of the old while bringing in the excitement of the new.

The way the cameras move over Eilish, and the way they capture her emotion and performance, is simply amazing, and there is nothing to complain about at all. It is all done in a very tasteful manner, and I’m pleasantly pleased with what I have seen.

You might also be highly interested in You Vs Wild: Out Cold: Netflix Stars Bear Grylls, Trailer Out!

Happier Than Ever: A Love Letter To Los Angeles: The Verdict

There is actually no verdict to this one. Because this film doesn’t need one. It is simply what it is. And that is a lovely performance by an equally lovely artist, who managed stardom at a ripe age and brought out her own style of music, that everyone is just in awe of. If you’re a fan of Billie Eilish, don’t miss out on this one. You need to watch this. You won’t regret it.

Happier Than Ever: A Love Letter To Los Angeles is currently streaming on Disney+. You may watch it at the following link:

Watch Happier Than Ever: A Love Letter To Los Angeles on Disney+

Happier Than Ever: A Love Letter To Los Angeles currently holds a rating of 7.4 out of 10 on IMDb, based on multiple user reviews. IMDb is our preferred platform for all movies and TV shows.

What do you think about the movie? Are you a fan of Billie Eilish? Have you heard her new album already? Let me know in the comments down below.

Willard Grosshttps://thefranchisehound.com
Willard Gross is a content writer with an eye for detail. He loves to write and create, but he also enjoys reading and analyzing the work of others in order to critique it. With every sentence he writes, Willard strives for perfection: each word should be just right.
Previous articleDon’t Look Up: How Can You Not Look Up When the Cast Is a Whole Galaxy?
Next articlePopular Sports Movies That Are Based on Real Life