High School Musical: The Musical Season 2 has been out for a minute now, and viewers have had the pleasure of experiencing it to its fullest on their preferred streaming platform. But what does the future hold for the show? I’m sure that many of you here are at least familiar with the name given the household name it became with the advent of the movies that came out back in the previous two decades. It is a gigantic franchise with a fan following that ranges across ages and countries. And one that deserves to be continued.

High School Musical: The Musical Season 2 first came out as a show that would keep the legacy of High School Musical alive, but quickly went on to become a series that had its own fan following, and not just the folks who came over from virtue of the original franchise. It is a series perfectly capable of standing up on its own, no matter what anyone over at the Disney fandom might say. So where is the show with the third season of the show? Is it ever going to be renewed? Does Disney have any plans for it? These are the questions that we need to answer before we can move forward. So let us get right into the discussion. 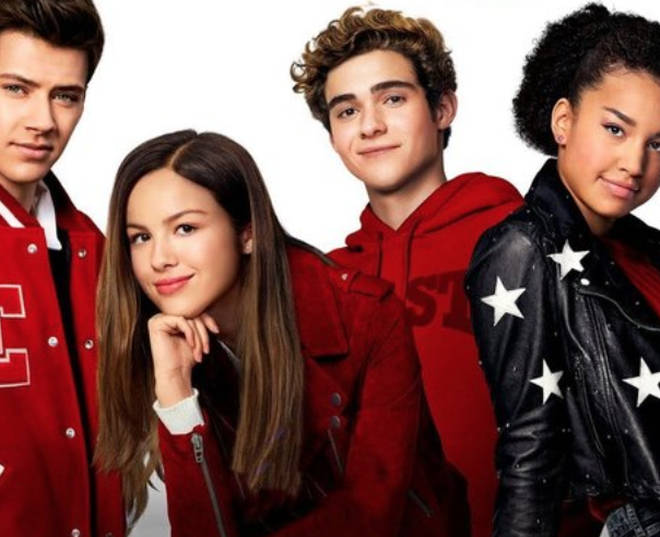 High School Musical: The Musical Season 2 first came on the screen as a spinoff to the highly popular franchise of the same name that was launched by Disney long ago. It was created by Tim Federle and brought onto the small screen back in 2019 with its first season. The first season, in a meta way, worked on bringing a rendition of the original High School Musical to the fictionalized East High School. That was a very interesting move by the show team, to say the least. Fortunately, this move was well received by the audience.

For its second season, the show didn’t go with the same formula that it did with the first. Rather, it went its own way and went on to recreate Beauty and the Beast, in an attempt to beat the North High School students. The students went on to perfect their own rendition of the story, and what followed was interesting, to say the least. But what is the case with the renewal of High School Musical: The Musical Season 2? Where is Disney with the new season? It should have been out by now. So what’s happening? Read on to find out.

Read more: Despicable Me 4: Still On The Table?

Now, this is going to be important for most fans of the series, because they have been looking forward to it for a long time. And now we have some good news for you. Because recently on the Disney+ Day, Disney announced that High School Musical: The Musical Season 2 had been renewed and that the third season of the series was going to come out sometime in 2022.

That would make sense given the way that the pandemic has affected production all over the world, and it would be perfectly reasonable for Disney to take some more time on the series, given that they deliver us a finished product that is good and doesn’t compromise on quality. And it is being rumored that the series is going to be somewhat involved with Frozen for the next season, another one of Disney’s classics.

But still, nothing has been really confirmed so far, and we don’t know what is really going to happen. So every piece of information here must be taken with a grain of salt. Although it is being said the show is going to move to Los Angeles for the next season. And that sounds really interesting to me. What the show is going to entail still remains a mystery, and it is better that it remain that way in my opinion.

It is expected that the show’s cast from the second season is going to remain largely the same, except for Olivia Rodrigo, who has gone on to become a sensation and might be moving to greener pastures. But you never know. Although from what we saw in High School Musical: The Musical Season 2, the move to a guest star is definitely a possible one, and we wouldn’t blame her for it.

Read more: What Do You Know About Mortal Kombat Movie?

With that, you now know everything that you need to know about the next season of the show, and when it is going to come out. While the window of 2022 is certainly a wide one, we would hope that the show comes out as soon as possible, because the audiences are already impatient from all the waiting that they have had to do so far. In the meanwhile, if you haven’t caught up with the first two seasons, I hardly urge you to do so, especially if you’re a High School Musical fan. You are going to love it.

High School Musical: The Musical is currently streaming on Disney+. You may check it out at the following link:

The show currently holds a rating of 7.2 out of 10 on IMDb, based on multiple user reviews. IMDb is our preferred platform for all movies and TV shows.

Willard Grosshttps://thefranchisehound.com
Willard Gross is a content writer with an eye for detail. He loves to write and create, but he also enjoys reading and analyzing the work of others in order to critique it. With every sentence he writes, Willard strives for perfection: each word should be just right.
Previous articleStar Trek Discovery Season 4: International Release
Next articleBoss Level: One To Keep You On The Edge