Hooking Up: Reviewing A Not So Hot Film

The hook up culture is one that has been adopted by almost every teen in the past two decades. It is one that has ravaged the world in the same way that the internet did. And there are consequences to everything. Hooking Up brings us face to face with the experiences of a sex addict in the form of a romantic comedy that tries to turn the heat up a notch, but never manages to cross the line that most people would expect it to. How many of you are fans of romantic comedies? If you are, then you might want to keep reading, as Hooking Up might appeal to your sense of humor. A film about a sex addict who is on a quest to relive all her experiences from the past, the premise sounds really interesting on paper.

Watching the trailer, the movie might have you convinced that it is a blend of road trip movies and romantic ones, and you would be right. The movie does do that and in quite a typical fashion. Which I’m not complaining about. But it is definitely generic in that sense. Directed by Nico Raineau and starring Brittany Snow and Sam Richardson, it is a sex comedy that explores the romance between two people struggling with their own issues, in its own different way.

Brittany Snow plays Darla, a sex columnist working for an esteemed organization, while Sam Richardson plays the role of Bailey, who accidentally meets up with Darla when he walks into the wrong meeting and reveals that he has been diagnosed with testicular cancer. Without much delay, the two start spending time together, and things take off. But what is the movie like? Is it any good? And is it worth your time? Keep reading the full Hooking Up review to find out all you need to know before getting into the movie.

Another movie that you might be interested in is Born A Champion: A Review. Born a Champion is a film centered around MMA and presented in the form of a pseudo documentary. It is a must watch for MMA enthusiasts and those with a taste for films centered around blood and sport. Check out the full review to find out more.

Hooking Up: The Review 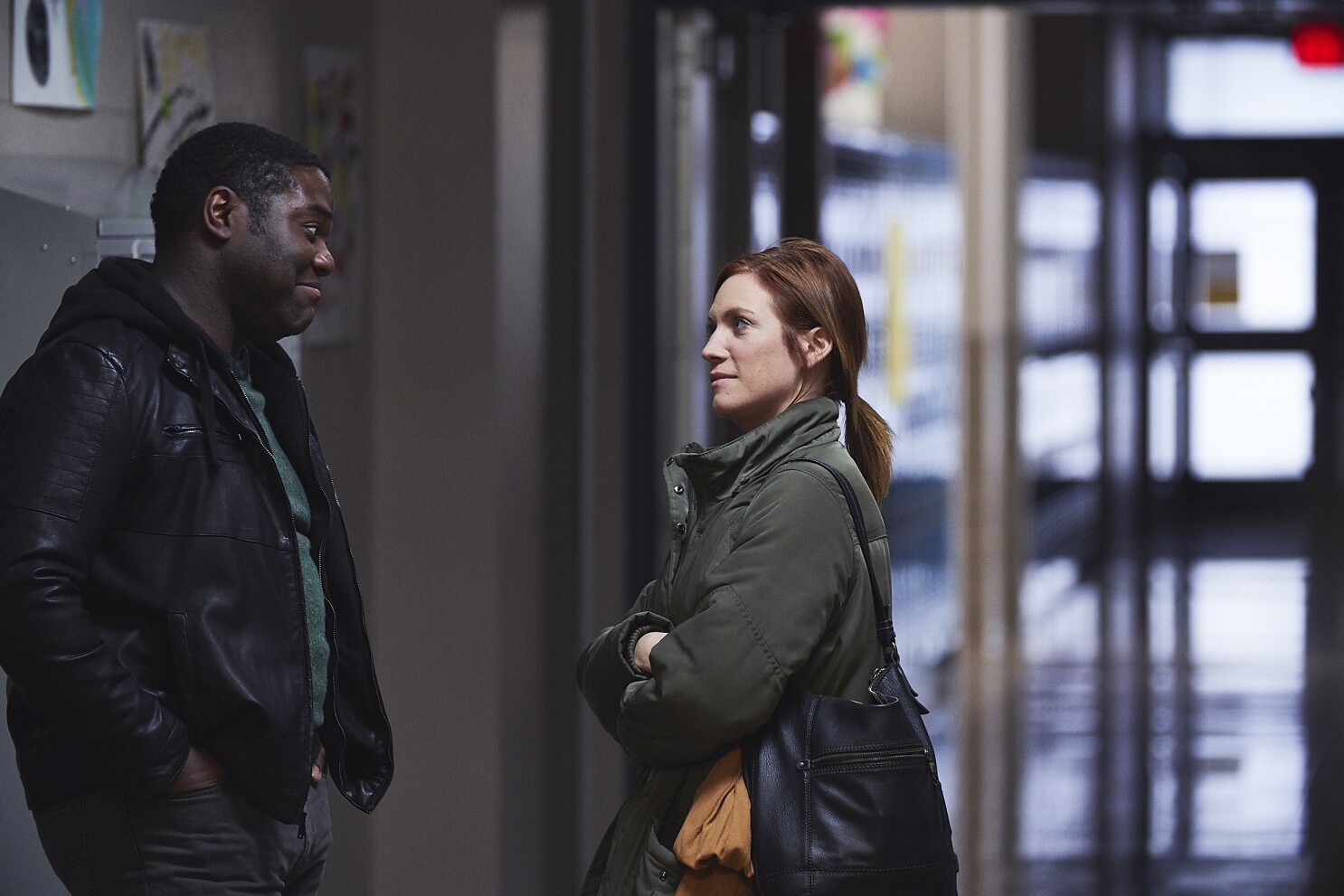 Now, getting into the review for the film, I have to state that the premise for the film, which is quite interesting on paper, is actually quite generic. While it sounds like a genius culmination of sex comedies, road trips, and films about cancer survivors, it doesn’t actually innovate that much in that sense. It is just that, a coming together of these different types of movies. And it certainly doesn’t do the best job of that either.

Now, coming to the story, it starts off with Darla getting fired from her job after she is spotted having sex with an intern and is caught in the act as she made a tape of it. It quickly goes viral among everyone, and she is fired from the company. Now, this is not the first time she has gotten into trouble, so she is forced to attend a support group for sex addicts, owing to the nymphomanic nature that she possesses.

Things are going okay until Bailey walks into the room. In the typical fashion of people who have been hurt, he behaves quite eccentrically and realizes that he has walked into the wrong room. He was supposed to attend a meeting with other cancer survivors and to be a part of that support group. In the sex addict support group, he meets up with Darla, and the two quickly get talking. Darla is shown in her usual manner, going about her life freely, and battling her addiction, while Bailey deals with his own demons in the form of cancer.

The two meet up and Darla realizes that she needs to relive each of the sexual conquests that she has had and that she would need to travel across the country to relive them all. You see, she has 169 different things that she needs to relive, and she decides that Bailey would be a good companion for all of it, and tells him that it would be therapeutic for both of them. In reality, though, she has struck a deal with her boss and is blogging about reliving all her experiences with Bailey in order to get her job back.

They both quickly get to work, revisiting each adventure of Darla’s, and soon things start going south as one thing leads to another, and they end up kissing each other. Darla soon starts feeling for him, and it turns from them hooking up into actually getting quite serious about each other.

You might also be interested in Father Of The Bride 3 (ish): A Sequel (Sort of). Father of the Bride is a sort of movie sequel that brings the cast of Father of the Bride back together in the form of a zoom call for Matty’s wedding. Bringing in Robert DeNiro, it is one that is a must watch for long time fans of the franchise. Watch it on the link above!

Things I Liked About Hooking Up (And Things I Didn’t)

Hooking Up does one thing right, and that is staying true to its formula. Not that it was very innovative, to begin with, but that is still a nice thing on the movie’s part. Other than that, the plot is quite generic and feels quite predictable at times. Surely there are moments of joy and laughter here, but they are few and far in between.

Hooking Up is a comedy movie that doesn’t quite live up to the standards that it sets through the trailer. After watching the trailer, I had quite a lot of expectations from the movie. But the movie didn’t offer the amount of laughter or emotional moments that I expected. It felt largely lifeless in the grand scheme of things, as we see Bailey and Darla hook up without any obvious chemistry between the two.

The movie feels like a romantic road trip comedy that tries to incorporate sex jokes just for the sake of turning the heat up a notch, but the jokes feel quite awkward and out of place, and frankly, unrealistic. There is a lot of content out there that does this a lot better and doesn’t make it awkward.

Another sex centric movie that you should check out is Lost Girls And Love Hotels: A Steamy Review. Based on the protagonist who is trying to live out her fantasies in an attempt to run away from her monotonous life which makes her feel out of place, the movie is a dark fantasy. You should check it out if that seems like your jam. 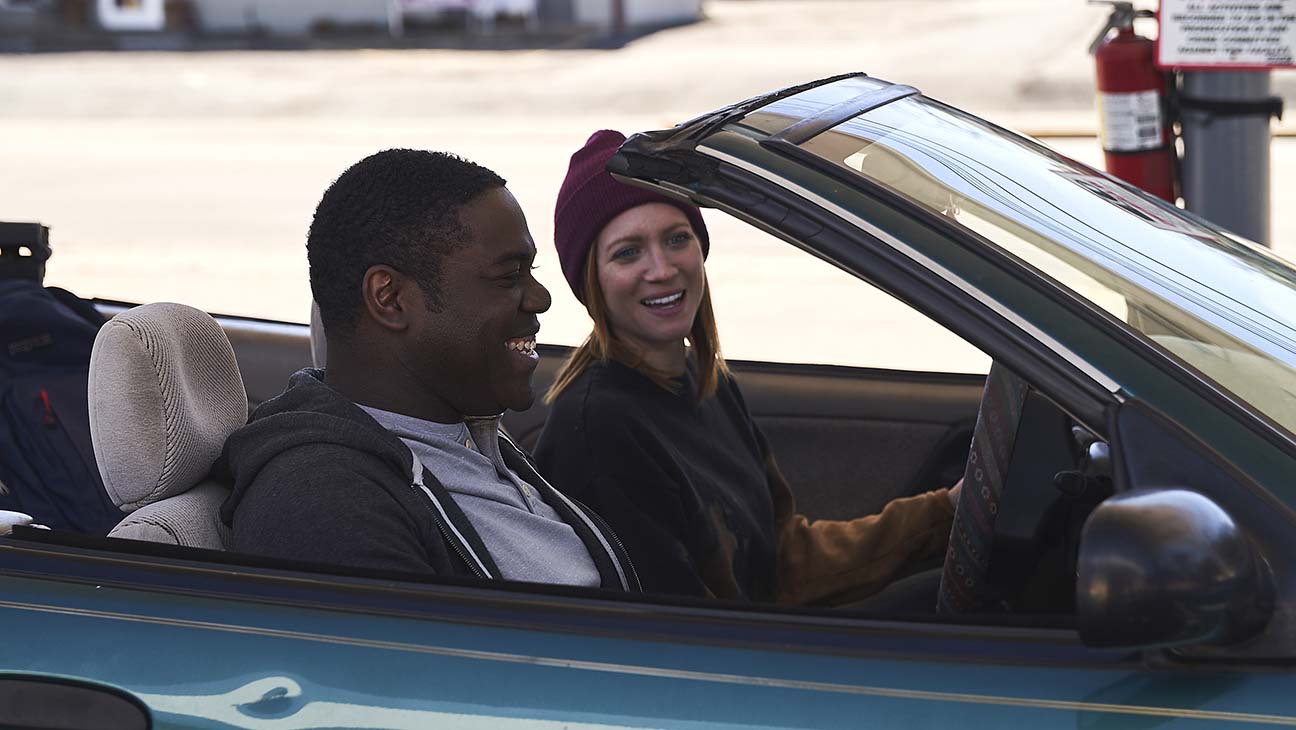 The chemistry between Richardson and Snow is admirable as they both try to play their characters to their best, but it falls flat in the face of abominable writing. The two characters are not meant to have any chemistry, no matter how good the actors might be. I really appreciated Snow’s performance here, but it is nothing to write home about.

Overall, the movie tends to center itself on sex addiction and hooking up but is very reticent in the way that it conveys its story, and manages to remain a cold mess of things in the grand scheme. Things never really get as hot as they should, and the comedy doesn’t provide any relief. So in favor of doing two things, the movie doesn’t end up doing either one. And that is its biggest downfall.

You might also be interested in John Wick 4: Plot, Release Date, And All You Need To Know. John Wick is one of the most famous action movie franchises in the history of cinema. And now, John Wick 4 is coming out. Read all about the movie and the release date on the link above.

Hooking Up: The Verdict

The verdict for Hooking Up comes with quite a condition. The film, by itself, doesn’t offer much incentive to watch it. But if you’re someone who is really into road trips, then this one might have something for you. Other than that, I wouldn’t recommend the film for anything other than a lazy day watch. So it is going to be a cold recommendation from my side.

Hooking Up is currently streaming on Amazon Prime Video. You may watch it at the following link:

Hooking Up currently holds a rating of 5.5 out of 10 on IMDb, based on multiple user reviews. IMDb is our preferred platform for all movies and TV shows.

Willard Grosshttps://thefranchisehound.com
Willard Gross is a content writer with an eye for detail. He loves to write and create, but he also enjoys reading and analyzing the work of others in order to critique it. With every sentence he writes, Willard strives for perfection: each word should be just right.
Previous articleBorn A Champion: A Review
Next article100% Wolf: A Review