How To Be A Cowboy: Reviewing A Funny Reality Show

Reality shows are somewhat of a controversial subject everywhere. Some people hate them, while others simply cannot live without them. And they often clash with each other on the same. And for good reason. Reality TV can sometimes be as real as it gets, while at other times it can simply be a shadow of the actual reality. And that drives a wedge between the people. But is that a reality show that doesn’t show the true reality is bad? Or can it be something good? Something to enjoy and feel entertained by without having to feel the pressure of it being real. There has got to be a compromise between the two right? I feel that there must be. And I also feel that How to Be a Cowboy has struck that balance just right. It is a show that manages to remain unrealistically real and entertaining.

How many of you like reality shows? I’m sure many of you do. And I know that for a fact because everytime we talk about reality TV there is a huge uproar. So the love for them is definitely there. And How To Be A Cowboy is going to play really well with that love and enhance it. At least I felt that it does. A story that takes place at a ranch with hilarious characters who will make you laugh at every moment with their ridiculous antics and dangerous stunts? Well sign me right up for that! It’s something of a dream for me, watching the big strong burly men behave in that manner. It is something that makes my day worth it and lightens up my mood. And I feel that is more than enough of a reason to watch it. And I feel that others will feel the same way about it.

If this sort of show pleases you, then you might be a fan of reality TV right? If I guessed that right, then you must read about FBOY Island Season 2: Potential Release Date, Synopsis, All You Need To Know. It is a proper reality show that will bring out the reality show freak inside you. It is a must read in my opinion and you are surely going to love it.

How To Be A Cowboy: About the Show

How To Be A Cowboy is a show that follows Dale Brisby, who is a champion rodeo competitor and quite famous for the cowboy lifestyle. He is a sort of a mini celebrity himself and has a big social media presence with a lot of loyal fans. People are literally dying to be an intern at his ranch to learn how to be a cowboy, and that is what the series is really about.

Dale is joined by his brother Leroy, a former intern who goes by the name of Donnie, and a famous Champion roper who goes by the name of Cheech. Now, a new intern makes an entry into their lives. The new intern is Jorden Halvorsen, who is a professional bull rider, and their first female intern. So sparks are sure to fly between the cowboys and Jorden. She is here to learn ranching, and to learn the ways of the cowboys and to train their bulls. A mighty feat, I must say, and one that I highly admire her for.

The story starts off as one of the bulls at the ranch, named Carl Wayne, has managed to escape his pen, and now the ranchers have to find out his location, chase him down, and bring him back to his pen. But things don’t exactly go as planned, and Carl Wayne goes rogue in the hands of the ranchers. And it is eventually decided that he doesn’t have a place at the ranch anymore, and that he must be removed and sold off to someone else.

And then comes in Frostbite, the bull that the ranchers bring in after Carl Wayne is sold off. He is the bull that Jorden practices on and has even named herself. She shapes up to be quite the interesting intern in that sense. She finally gets back to what she liked most, and makes the most of it.

If you are interested in this show so far, then there is another one I really recommend you to watch. Nailed It! Season 6: Release Date, Rumors, And All You Need To Know. Nailed It! is another reality show that puts bakers against each other for a cash prize of 10000 US Dollars. It sees them go head to head to make the best cake, but with a catch. Read the article to find out all about the upcoming season.

How To Be A Cowboy: The Review 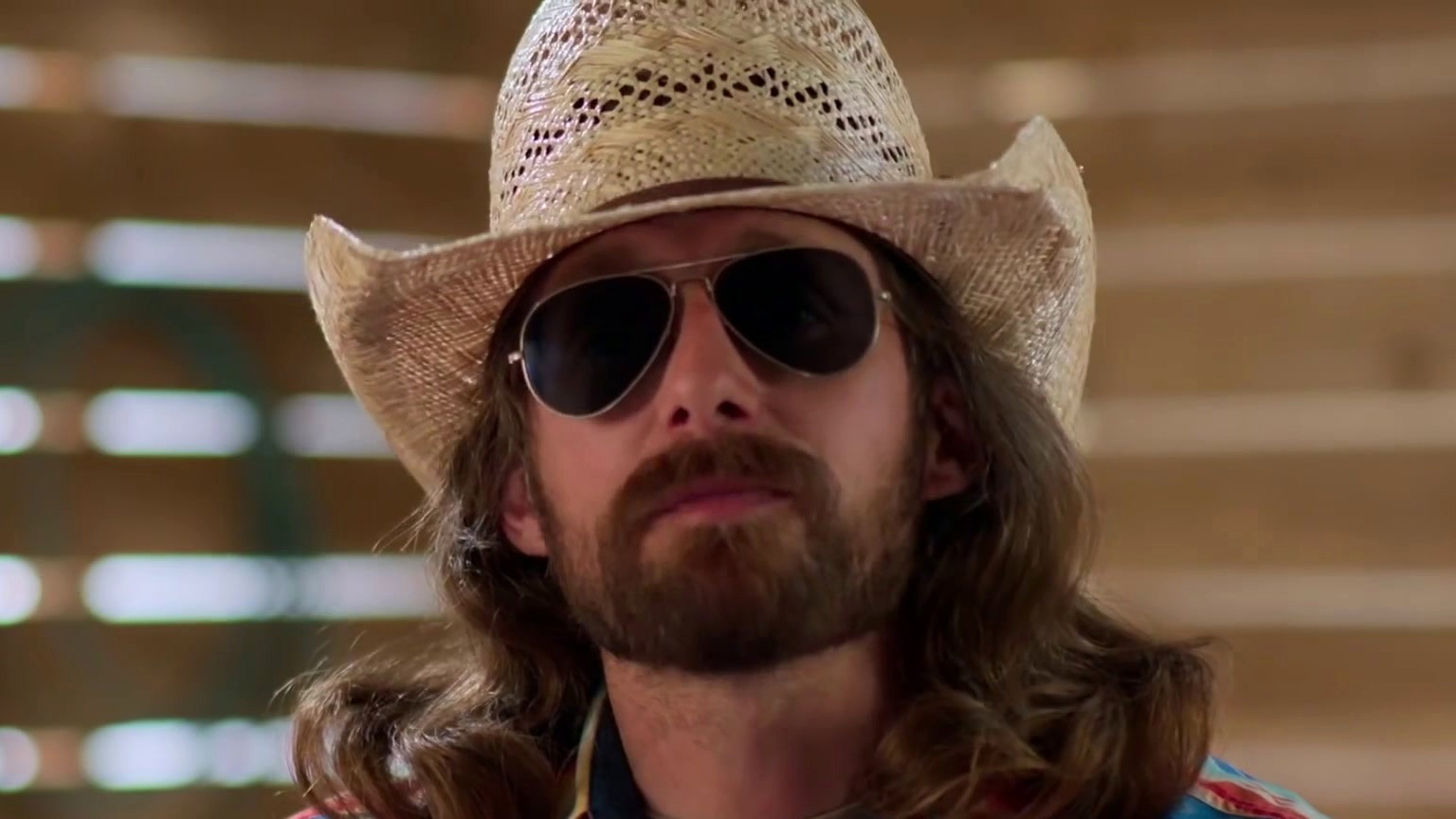 I think there is a lot to talk about How To Be A Cowboy. The show by itself isn’t going to wow many people by its premise alone. And that is something that is to be expected anyway. The premise by itself doesn’t inspire much confidence in the show. Rather, it is the way that the show flows that makes it so special. How To Be A Cowboy is a show that runs off of its wittiness and humor. It is a reality show that ceases to be a reality show and venture into the realm of comedy fiction.

Dale is a very compelling character, and one that encourages us to watch him. He is an over exaggerated version of a cowboy that does justice to the name of comedy with his off hand jokes and wicked sense of humour. A robust man with a big attitude and a go get it attitude, he has a lot of confidence about himself, which can manifest in hilarious, and often cocky ways. He is all about that cowboy life, and he cannot stop talking about it. He is one with the ranch and the ranch is one with him.

That is not to say that the show has nothing going for it in terms of content though. In fact, it is far from the opposite. When the cast is not having fun pulling weird stuff and being their funny selves, the action is quite real and will have you twisting in your seats. It is amazing at what it does. There is also friction between the people at the ranch which gives it that human touch that we all desire. And that is really important in any TV show.

Also, you should read about Ted Lasso Season 2: All The Latest News.

What Else Is Amazing About How To Be A Cowboy?

The cinematography is just outright amazing. There is literally nothing to complain about when it comes to the way the show has been shot and the locations that have been chosen for it. It is all just perfect and comes together as a complete package. It is one of the strongest parts of the show and you are just going to love Texas. The way the scenery has been shot is nothing short of enchanting, and I really loved it myself.

Coming to the casting, it is quite impeccable and I have to say that the producers have gone all out in ensuring quality and authenticity. I really loved the people who came together to make this show, and their presence is nothing short of tantalizing. You will surely love the casting. And Jorden, the new intern, is nothing short of amazing. I really loved the character that she played with such authenticity and fierceness. It is something to really admire about her.

You might also be interested in Bob Ross: Happy Accidents, Betrayal & Greed Review. A show about the legendary TV painter Bob Ross, the documentary talks all about the conflict that arose from his death and the drama that surrounded it and how his family and friends were affected. It is one that I highly recommend you to watch.

How To Be A Cowboy: The Verdict 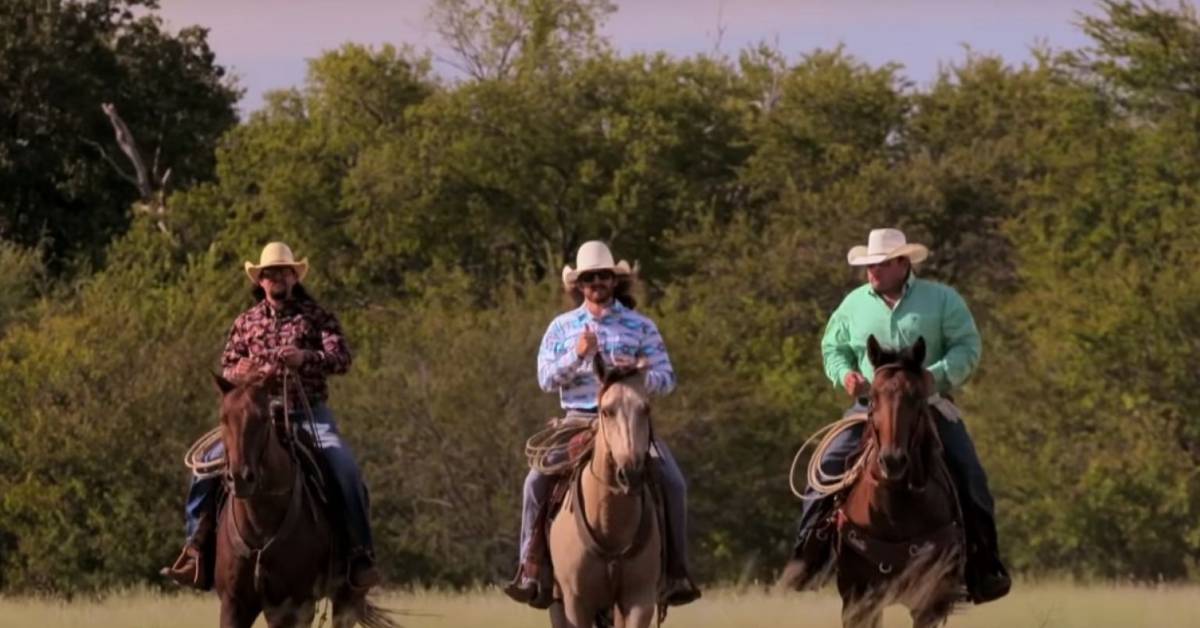 Coming to the verdict for How To Be A Cowboy, I have to say that it is somewhat of a personal preference whether you should go for this show. While the show is undoubtedly amazing in its quality, not everyone is really a fan of reality television blended with fiction. So you have to decide that for yourself. If that seems to be something you can get behind, I would definitely tell you to watch How To Be A Cowboy as soon as possible. So it is going to be quite a strong recommendation from my side.

How To Be A Cowboy is currently streaming on Netflix. You may watch it at the following link:

Watch How To Be A Cowboy on Netflix

How To Be A Cowboy currently holds a rating of 7.6 out of 10 on IMDb, based on multiple user reviews. IMDb is our preferred platform for all movies and TV shows.

What do you think about the show? Did you like it? Did you like the characters that were introduced into the series? What are your thoughts on reality TV? Let me know in the comments down below.

Willard Grosshttps://thefranchisehound.com
Willard Gross is a content writer with an eye for detail. He loves to write and create, but he also enjoys reading and analyzing the work of others in order to critique it. With every sentence he writes, Willard strives for perfection: each word should be just right.
Previous articleNailed It! Season 6: Release Date, Rumors, And All You Need To Know
Next articleInto The Night Season 2 Review