In The Heights: Dancing Is What It’s About

The film is not like other pop culture films. It is one that appreciates the art form that way it was meant to be appreciated. The main character is not really the focus of the story here. It is merely a vessel for the film to tell all it needs to tell about dance. So what makes the film so great and different? Keep reading to find out more about why this one is different, and why we love it.

In The Heights: What’s It About 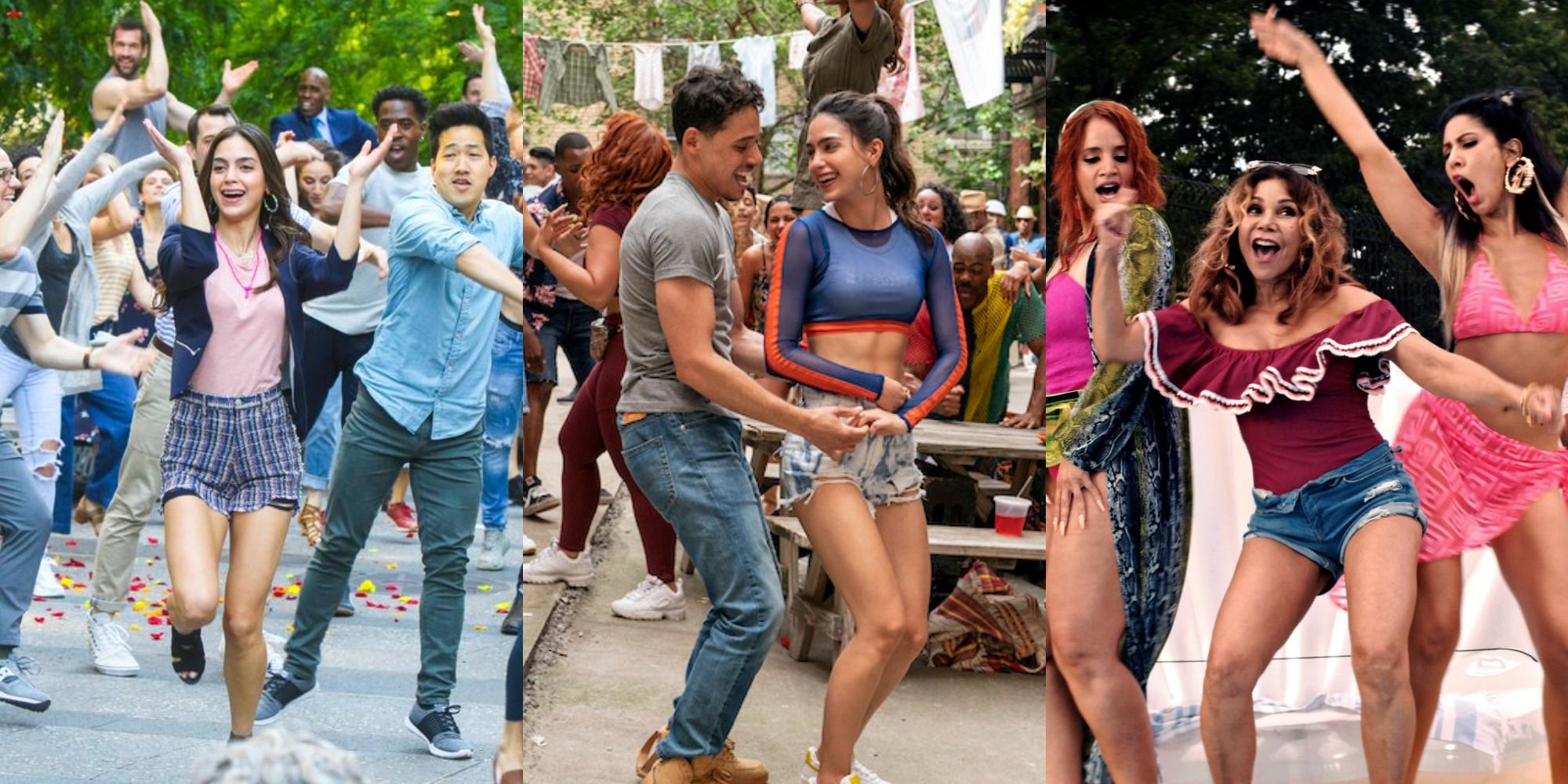 The film takes place at a time when Latin American and Black people were being uprooted from their homes, and that is what the film focuses on. It focuses on the removal of those people from their own neighbourhoods to make more space for the wealthier class. And the other big thing is dance. In fact, dance is the thing that keeps this movie going and pushes the plot forward. In a time when their homes don’t remain theirs, the communities show how much they matter by dancing. Their skillful and tasteful movement of their body is how they show their resistance to what is happening, and their distress. The movie uses a number of dance styles that were created and brought up in these communities. It is what makes the film.

Dancing isn’t just about dance in this film. It is about protest, and it is about making it known that they matter. By dancing, they take up their space, and resist their removal. In fact, the opening scene for the film is one of the most powerful ones. It shows all the dance styles that were cultivated on the very streets of New York itself. It is an ode to the rich dance history that the city possesses.

From the top rock fuse to the salsa Suzie Q, the opening scene is full of variety, and never ceases to amaze us. In fact, the first time you watch it, you will probably miss some things. There is just so much that is going on in the scene, it is all very easy to miss. The Harlem Shake also makes an appearance. And we wholeheartedly welcome it.

Read More: LEGO Batman Movie 2 Was In The Works, And It Could’ve Been Phenomenal

Black and Latin American is a big part of the movie, and it makes a point to highlight them. The film makes it a point to highlight how each culture had its own contribution to the development of dance in general. It shows how the dance forms developed through significant cultural exchange. Caribbean immigrant communities are primary in the evolution of hip hop while Black culture plays its role in the development of Jazz and the Pachanga.

Culture is undoubtedly the highlight of In The Heights. It plays a huge role, and the film celebrates it in the best ways possible. Although one of the areas where the films falls short is the inclusion of Dominican Culture. We would have liked to see more of it and the film just doesn’t have enough. But that doesn’t take away from the film at all.

What do you think about the movie? Are you excited for it? Let us know in the comments down below.

Willard Grosshttps://thefranchisehound.com
Willard Gross is a content writer with an eye for detail. He loves to write and create, but he also enjoys reading and analyzing the work of others in order to critique it. With every sentence he writes, Willard strives for perfection: each word should be just right.
Previous articleGo on a School-Cation With the Family
Next articleAmerican Horror Story Season 10 Revealed