Jurassic Park: Sam Neill Spills The Tea On The Movies That Made Us

Jurassic Park is one of the most iconic movies of all time. It defined the science fiction genre when it came out back in the 20th century and wowed people the world over. It was a defining movie in the world of animation and science. The life like caricatures of dinosaurs were a beauty to gawk at and really took everyone’s breath away. Perhaps that is why it earned its spot on the popular show The Movies That Made Us. Jurassic Park was one of the most definitive and paradigm changing movies of its time. It set the path for movies with lifelike representations of animals, something which Disney uses to a great extent and capitalizes on. Which is why today we are going to talk about what went behind creating the legendary movie, with Sam Neill on set.

The Movies That Made Us is one of the most popular shows on Netflix right now. The show is basically about movies that defined the world of entertainment today. It talks about the artistic as well as the social influence that these movies had and how they impacted the world. It goes into the full depth of the story behind these movies, the behind the scenes drama, how the movies changed the cultural perceptions during their time, as well as the way they inspired new film makers to innovate and design new worlds in their own beautiful way. Jurassic Park is the featured movie on the latest episode of The Movies That Made us, and it seems to be one of the most interesting and influential episode that we have seen so far, in terms of both the content as well as the guest on the show.

Read More: PAW Patrol The Movie: Put Your Paws Up! 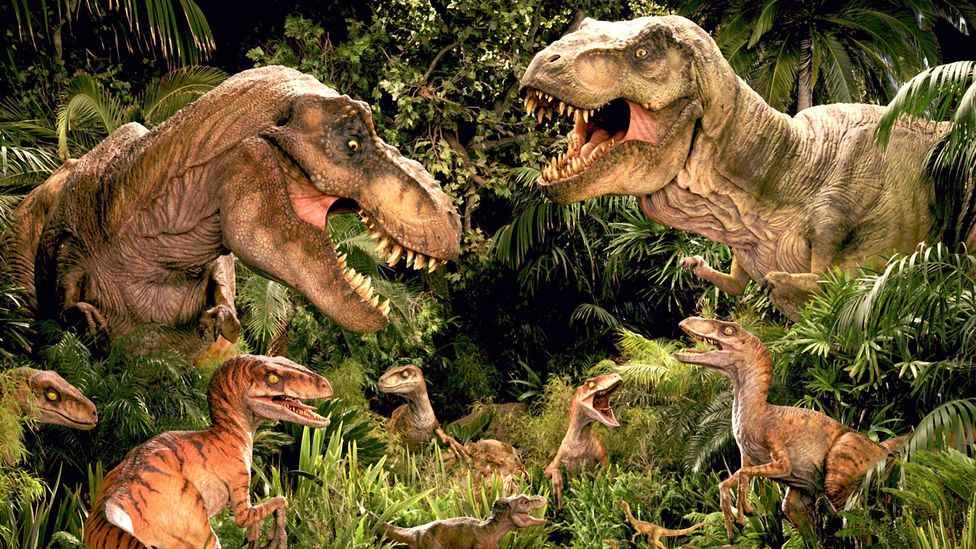 On the latest episode of The Movies That Made Us, the creators invited Sam Neill, the star of Jurassic World, on to the set. Being at the forefront of production, Sam Neill was arguably the best person to talk to when it came to Jurassic Park. Over the course of the interview, Sam Neill talked about the various ways he had to make do with a lot of things on set, such as dealing with natural calamities, and having to deal with his natural accent that naturally tended to creep into his speech. Which was also one of the biggest criticisms of the movie when it came out.

Neill Talks About His Accent

Neill’s accent was just too inconsistent throughout the duration of the movie and that left the viewers in a frenzy as to what was happening in the movie. Neill is originally a Kiwi actor and naturally has a Kiwi accent. However, Steven Spielberg initially asked the actor to play an American accent in the movie. Which would have been fine and dandy, but the actor was approached by the director Spielberg to change it up a bit. The director initially asked the actor on his first day of shooting to just forget about the accent.

But just a few days later, Spielberg again asked the actor to go halfway on the accent that he was using in the shooting. Which basically meant asking him to speak in a blend of American and Kiwi accents. This naturally caused a lot of variance in the way that Sam Neill had to act out his role, resulting in a very inconsistent speech. Another thing that the actor revealed during his interview was the fact that the cast didn’t really have any real dinosaurs to react to. In his own words, Sam Neill, a lot of the times, had to react to “nothing at all.” This clearly proved to be a challenge for him when he had to act shocked or scared of a humongous dinosaur. To counter the problem, he and the other cast members proposed a solution to the director. The solution was for someone to make appropriate noises on set for the actors to react to. The comical part of which turned out to be that most of the times, it was Steven Spielberg himself who got up to make these noises and provide the necessary cues.

In the interview, Neill also revealed some of the other struggles that the team had to face on the set of Jurassic Park. The most important of which was the hurricane that struck the Hawaiian islands on the day before they were supposed to fly out from there. He said that he felt that the end of the world was approaching and that they might just die that day. While everyone survived, it was still a spine chilling moment for the cast and the production team.

And those were the most significant things that we  learned about Jurassic Park on the latest episode of The Movies That Made Us. It was a really fresh experience, given the fact that we had the most important cast member on the show this time, which is something that we haven’t really seen before. So it breaks the tradition in that sense. And it turned out to be really refreshing and insightful.

Jurassic Park on The Movies That Made Us: Where to Watch

If all of the things that we mentioned about the latest episode have your interest piqued, you might want to check out the episode for yourself. The Movies That Made Us is currently streaming on Netflix, and you can catch the Jurassic Park episode in the second season of the show. The show also features Back To The Future, Pretty Woman, and Forrest Gump in the second season. We would also recommend you to watch those episodes, as they are all influential films in their own right.

Watch The Movies That Made Us on Netflix

Jurassic Park currently holds a rating of 8.1 out of 10 on IMDb, based on thousands of user reviews. IMDb is our preferred platform for movies and TV shows.

What are your thoughts on the latest revelations by Sam Neill? Did you ever think about Jurassic Park with no dinosaurs to react to? Let us know in the comments down below.

Willard Grosshttps://thefranchisehound.com
Willard Gross is a content writer with an eye for detail. He loves to write and create, but he also enjoys reading and analyzing the work of others in order to critique it. With every sentence he writes, Willard strives for perfection: each word should be just right.
Previous articlePAW Patrol The Movie: Put Your Paws Up!
Next articlePlastic Cup Boyz: Everything You Wish to Know About the Series Plastic Cup Boyz