Jurassic World Dominion: First Look, All You Need To Know

The makers of the Jurassic World series have given us a first look at Jurassic World 3, or Jurassic World Dominion, as it is officially called now. Jurassic World broke world records when it first originally came out. And it followed the same trend with the second installment in the series. Jurassic World is a movie that is loved by fans and critics worldwide. And now that we have a first look at the film, we just cannot wait to talk more about it. So if you’re a fan of the prehistoric film series, don’t go anywhere. We promise you we have the juiciest news for you. So keep reading on.

The first look trailer has officially been released in the theaters, where it can be watched. But there’s a caveat. You can only watch it before Fast and the Furious 9. And that too only during its IMAX screenings. At least that is the way it is for now. So if you want to grab a first look at Jurassic World Dominion, you might as well watch F9 along with it. The teaser for the film is out for the general public. But it is only a few seconds long. It is basically promoting the five minute preview, or first look at the film.

The clip gives a sneak peak into the film. Set 65 million years ago in history, the series introduces a new species of dinosaurs. The clip shows everything from the perspective of the dinosaurs, 65 million years ago. The beginning has a T-Rex and Giganotosaurus, a new species of the dinosaurs, go hand to hand with each other. It’s a sight to watch, and has us hyped for the new film. Until now, the plot was very secret and few knew what was really going to happen. But this teaser is shedding more light on the movie and what it might bring to the table. The director for the film is feeling pretty generous with the teasers right now, it seems.

Jurassic World Dominion First Look: What We Liked About It

There is a lot to like about the extended sneak peak that the director has just given us. First off is the effects. The effects and CGI for the movie is just mind blowing. The array of animations and effects that Jurrasic World has to offer is just unparalleled, much like the first film at its time. It is something that makes us look forward to the movie. It is going to be very realistic, and very thrilling. Also to be admired is the dinosaur fight. It is a spectacle to be stared at, and we’re just thrilled about it. We can only wonder what the full movie has in store for us.

Read More: World War Z 2: Is It Coming Out

Jurassic World Dominion: What You Need To Know That brings us to the point of release dates.

Read More: The Handmaid’s Tale Season 4: Spoilers and Other Details

Jurassic World Dominion originally began its production back in 2020, but owing to the coronavirus pandemic, shooting and production for the film had to be halted, which was then resumed later after a break. The release date for the film has been revealed. And it is less than a year from now! Jurassic World Dominion hits the theaters on June 10th, 2022. And we’re absolutely stoked to have the release date. And we’re sure we’ll be absolutely stoked with the actual movie. But for now, we have the first look, and we highly recommend fans of the series watch it as soon as possible.

All that being said, we’re absolutely stoked today with the new Jurassic World movie, and we can’t wait for more!

Jurassic World Dominion will hit the theaters next year, and it is going to be an absolute delight. Given the previous Jurassic World movies, we recommend that you watch the next one in IMAX. It truly is a different experience and one we highly recommend.

Both the movies are blockbuster hits and we highly recommend you to watch them. 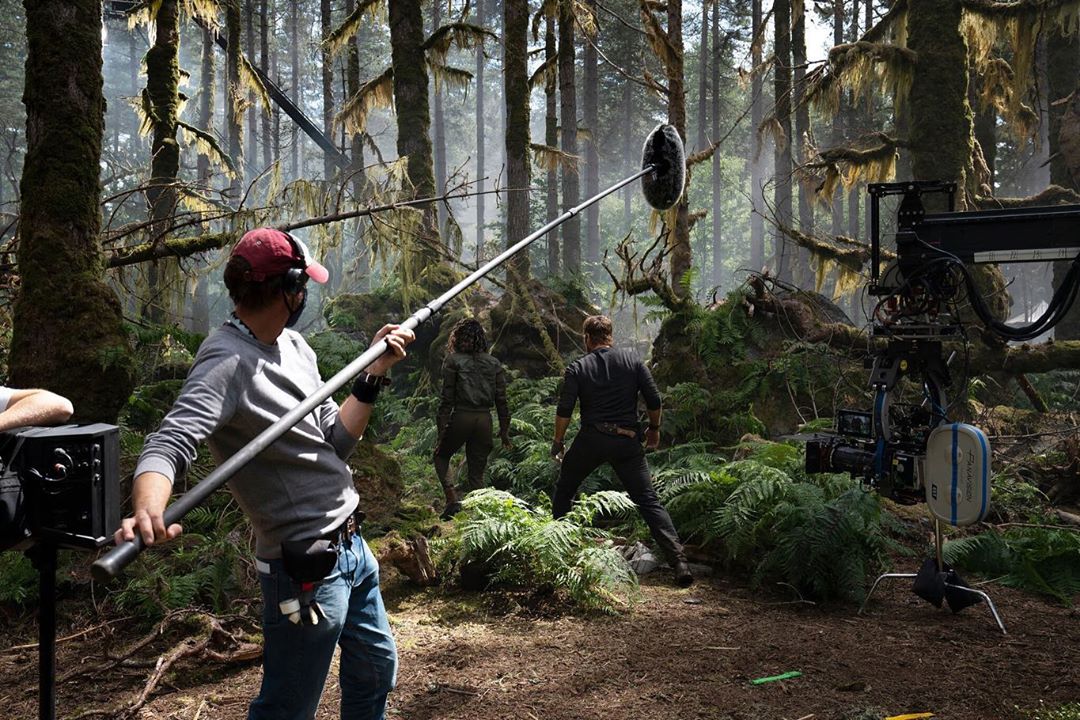 Stay tuned in to the Franchise Hound for the latest entertainment and movie updates. We are up to date on the latest news and the freshest gossip. So stay tuned and stay updated.

Willard Grosshttps://thefranchisehound.com
Willard Gross is a content writer with an eye for detail. He loves to write and create, but he also enjoys reading and analyzing the work of others in order to critique it. With every sentence he writes, Willard strives for perfection: each word should be just right.
Previous articleThe Champion of Auschwitz: Parkland Entertainment Makes A Move
Next articleArmy Of The Dead: Zeus Origin Story Leaked