Serena Williams and Venus Williams are arguably one of the most well known players in women’s tennis. And at this point, they’re a household name, known even by those who don’t know tennis. But their story is not as glamorous as their lives are now. They worked really hard to get where they are now, and their efforts bore an equally sweet fruit. King Richard is the story of the relationship between Serena and Venus and their father, Richard Williams. It is a story of how all that was came to be, and how the two sisters rose to stardom. It is one of the most riveting stories you might ever watch, and really shows you the trials and tribulations they had to face for their success in the tennis world and to become world champions.

It is a very emotional story about the bond between a father and his two daughters, and the way he pushes them to be elite tennis players and to leave their mark on the world. Serena and Venus Williams are both legends of the game, and the film shows exactly why they are the way that they are. Their father Richard Williams was one of strong resolve and had big dreams for his children. Taking us to the poor neighborhood of Compton, King Richard shows us the living conditions that the family had to go through, even though they were leading a modest living. It is quite an eye opening experience and really goes to show that there is often more than meets the eye. So without much further discussion, let us talk all about the new movie King Richard, and the things that it does right, and the ones that it does wrong. Let us get right into the review. 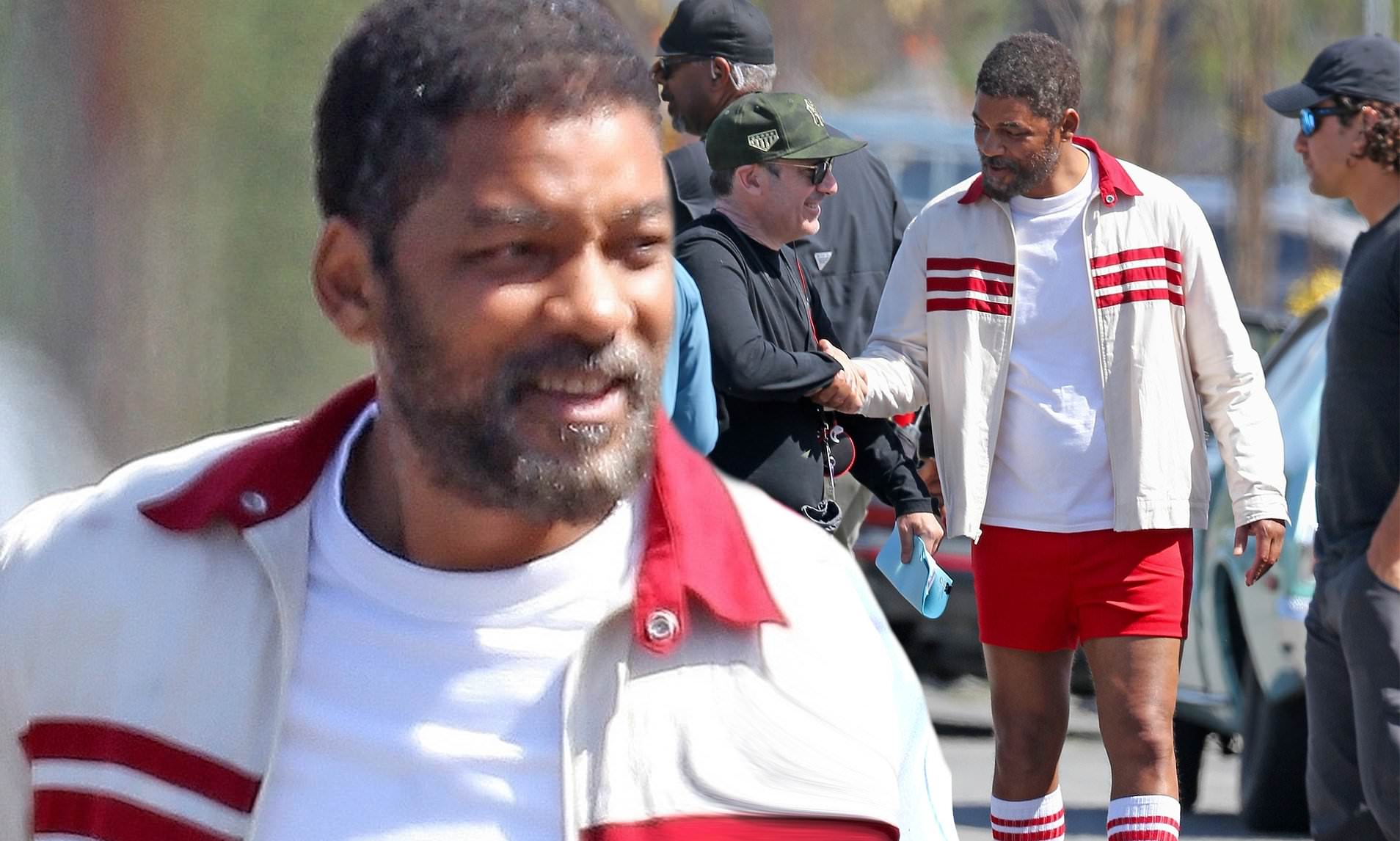 King Richard stars Will Smith in the main role as Richard Williams, who is a father trying to lead his family and to feed his children at the very least. He is joined by Aunjanue Ellis who plays the role of the mother Brandy. They both show us the image of what the life of a parent is like when they are caring for their children and making sure that they live up to the best of their ability.

Richard is a father who has big dreams for his daughters, and he isn’t one who is easily going to give up on that. He just doesn’t stop at anything, and we see a humbled Richard asking around everyone to coach his daughters to become elite tennis players and to give them their well deserved chance.

Things are not made easy by the rampant racism that the family faces and because of their modest beginnings. No coach is ready to coach the two sisters, and Richard is in a lot of stress over his unachieved dreams for his daughters. Which is another big point in the story. Whether the dreams of becoming elite tennis players were ever shared by his daughters, or if it was just him pursuing his own dreams through his children. 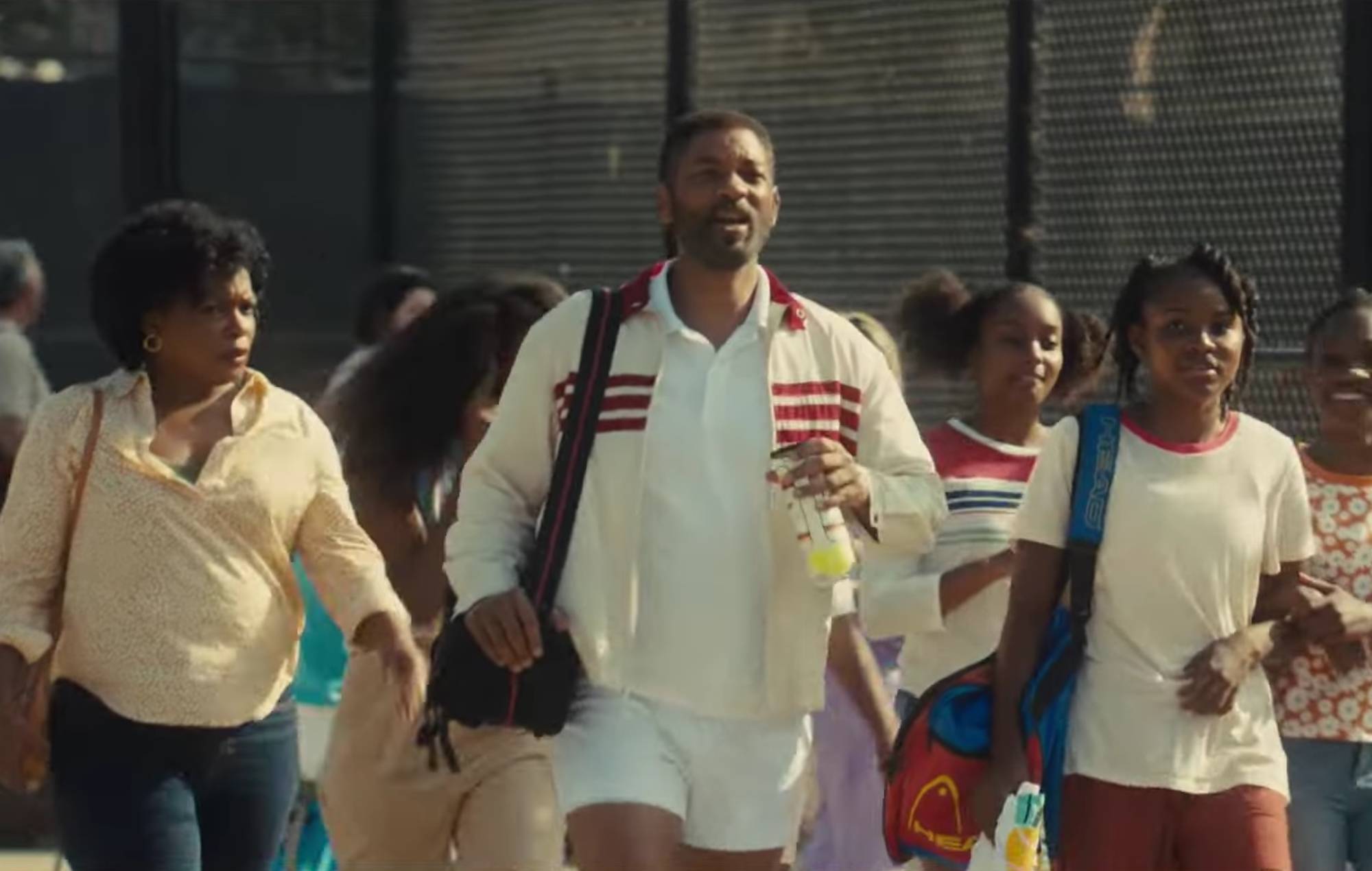 Richard doesn’t have the means or the money to convince the good instructors to coach his daughters and goes from coach to coach to find out someone who would take them under his wing. Finally, he finds a ray of light in the form of Paul Cohan. Cohan sees the talent that the sisters are bringing to the table and agrees to train one of them under his tutelage. Richard decides to coach his older daughter Venus under the coach.

The story ebbs and flows as it shows us the struggles of a racist and capitalist society. It shows us the conditions that shaped the Williams sisters and their father Richard into the people that they are. Richard is an unforgiving figure who will stop at nothing for his daughters’ success and to be the one in control of everything, and this toxic side of his is thoroughly explored in the movie.

And it is explored in a lot of depth and portrayed beautifully by Will Smith, who manages to sound exactly as the story wants him to. Smith’s performance is a really strong point for the film and the way that he sells the struggles and the problems of living in a poor neighborhood and facing ostracization is just really emotional and empathy inducing. He doesn’t want his daughters to face the same tribulations that he did, and that shows.

King Richards really tells the story of the way Richard Williams pushes his daughters to the extreme to get what he wants, and in the process, creating two world champions. It is a story of perseverance and grit and determination, and it ought to be appreciated for the same.

Smith and Ellis are definitely the stars of the show here, and their performances make King Richard a movie worth watching. The way that the situation has been portrayed, is also nothing short of amazing, and I really appreciate it all.

Viewers with your tastes also liked Ted Lasso Season 2: All The Latest News

Coming to the verdict for King Richard, it is one that I will definitely recommend you to watch if you are into biopics, and if you are into stories that show what happens behind the scenes of what we see as overnight success. It is definitely a must watch in my opinion. So it has my wholehearted recommendation.

King Richard hits the screens on November 19, 2021. It is going to be made available in theaters near you. So keep an eye out for the latest updates and be the first one to grab the tickets.

King Richard currently holds a rating of 6.5 out of 10 on IMDb, based on multiple reviews. IMDb is our preferred platform for all movies and TV shows.

What are your thoughts on this movie? Are you excited to watch it? Do you think Will Smith will live up to the expectations? Let me know in the comments down below.

Willard Grosshttps://thefranchisehound.com
Willard Gross is a content writer with an eye for detail. He loves to write and create, but he also enjoys reading and analyzing the work of others in order to critique it. With every sentence he writes, Willard strives for perfection: each word should be just right.
Previous articleThe Last Duel: Reviewing A Riveting Mystery
Next articleResident Evil: Welcome To Raccoon City Release Date, Plot, and All You Need To Know