How To Play The Kingdom Hearts Games In Order: A Guide

If you’re someone who is a big fan of gaming, then I’m no doubt that you must have heard about the Kingdom Hearts series, especially with all the news and the hype that has been surrounding Sony’s newest console lately. The PS5 brought with it major hype for the franchise and the fans now have a renewed interest in revisiting the old games in the franchise and reliving their childhood, in a definitive way that it was meant to be experienced.

Also, with the upcoming Kingdom Hearts 4, there is a lot of pressure on the players to revisit the franchise or to catch up on it, because it is turning out to be kind of a big deal. And part of this is knowing how to play the Kingdom Hearts games in order. Preserving the sanctity of the original experience and having fun at the same time is important to any gamer, and we are here to take care of that today.

I’m sure that if you are a new player and are new to Kingdom Hearts, then looking at the long list of games in the franchise must be daunting for you. Even if you are someone who was born in Gen Z, there is quite a solid chance that you have not played the franchise before.

So with all that in order, let us get right into how we are going to play the Kingdom Hearts games in order. 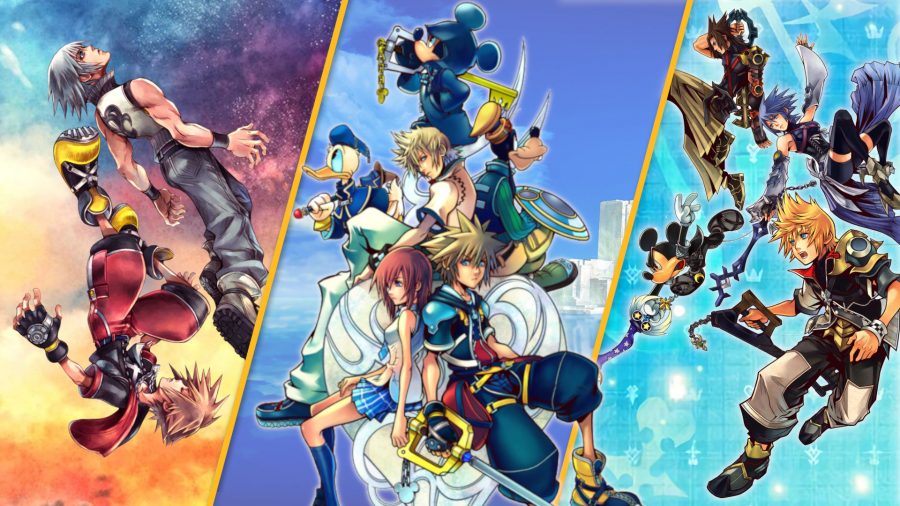 When it comes to watching or consuming old movies or games, there is often the question of whether one should proceed with the order of the release of the original content or whether they should go with the chronological order in which the games would make the most sense. It is a debate that never ends. But today we are going to stick with the chronological order of the games.

This is because there is always something new to be experienced in the prequels, and playing the game in chronological order doesn’t take away from that. In fact, it adds suspense and mystery to the franchise. So that is what we are going to aim for today.

Read more: Cowcatcher Fortnite: How To Destroy Barriers With Cowcatcher In Fortnite?

Now, let us rank all the Kingdom Hearts games in order of the chronology, starting with the original game:

Released in 2002 for the PS2, Kingdom Hearts was the game that started it all. A PlayStation exclusive, the game began the journey of Sora, Donald, and Goofy. The game follows the story of the friends as they embark on a quest to find Riku, Kairi, and King Mickey in the Disney worlds that the game possesses.

This crossover with Disney was one of the things that really drove the game and the franchise as a whole forward. People simply loved the concept and wanted more of it, springing Kingdom Hearts into its journey as a world-famous franchise.

Kingdom Hearts: Re: Chain of Memories 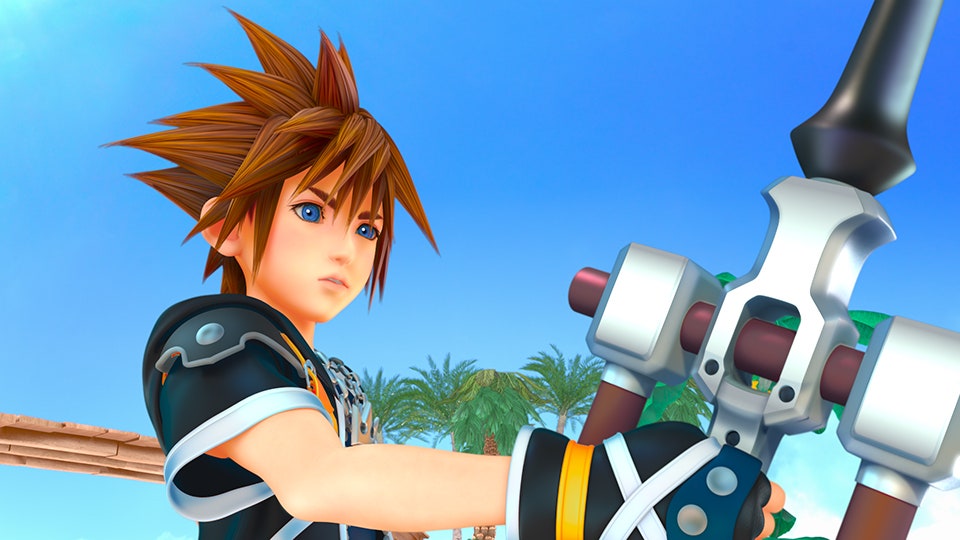 The second major addition to the franchise, Kingdom Hearts 2 took what was good about the original Kingdom Hearts game and built upon it, adding more depth to the story as it continues after Chain of Memories. It also saw the introduction of Roxas, who you get to play as at the beginning of the game. It marked an important milestone for the franchise and is treasured to this day.

Now, as I mentioned before, the second Kingdom Hearts game marked a major milestone for the franchise with the introduction of Roxas. 358/2 Days carried the story of Roxas forward and gave it the proper treatment that it deserved.

In fact, the story fills the void that players felt between Kingdom Hearts: Chain of Memories and Kingdom Hearts 2. However, this is still one that we recommend you play after the second Kingdom Hearts game as it contributes more to the story that way. Nowadays, you can experience it as a movie and actually know about what happens in the story without having to purchase a Nintendo DS.

Coming in after the previous game on our list, Re: Coded is again a Nintendo DS game that is really hard to get your hands on these days so it is just better if you experience it in the form of a movie that tells you all that you need to know about the story before the upcoming games in the series.

However, this is one that doesn’t really make a strong contribution to the game franchise. Still, it is worth it to visit it to maintain a sense of continuity within the story.

However, at this point I should let you know that this game is set a decade earlier than the original hearts game, so comes first in chronological order. However, it isn’t really one you would enjoy if you played it earlier, and that is why I have kept it in the order of release on the list.

Next up in the list of Kingdom Hearts games in order is Dream Drop Distance HD. Now this game came out quite a long time later but ties in directly to the events of Re:coded and gives the game franchise yet another title to flesh out its characters. Here, we play as Sora and Riku as they aim to pass their Mark of Mystery test.

It still continues with the story of Aqua, Terra, and Ventus, but it also ties into the story of Kingdom Hearts 3 which came much after it. Playing as Aqua, the game fills in the gaps and creates a richer understanding of the Story.

Read more: Qualcomm Snapdragon Spaces: All About It

While this is a new addition to the franchise, Back Cover is one of those games that marks another big leap for the franchise. With the introduction of new characters and storylines, the game or movie tells the story as seen from the eyes of the Foretellers. This is expected to heavily influence the future of the franchise and for the games to make more sense when they eventually do come out.

Finally, we have another big installment in the franchise, with all the games before it building up to it or somehow tying into its story. Kingdom Hearts 3 is a major leap for the franchise and had been the finale for what seemed like two decades worth of games.

It saw the end of the Dark Seeker Saga and marked the close for a lot of storylines that we had explored so far. It marked the biggest milestone in the franchise in a long time.

After the release of Kingdom Hearts 3, Square Enix went all out and decided to release a DLC for the game, continuing the story of Sora after the events of Kingdom Hearts 3 and continuing with the Kingdom Hearts franchise. One would easily write this one off as a DLC, but we are keeping it here on the list just because of the way that it contributes to the Lore of the game.

Release after the Re:Mind DLC, Melody of Memory is one of the most different Kingdom Hearts games. It is a rhythmic action game that manages to convey aspects of the story through its clever use of clues and puzzles that shall be found only by those who look for them. 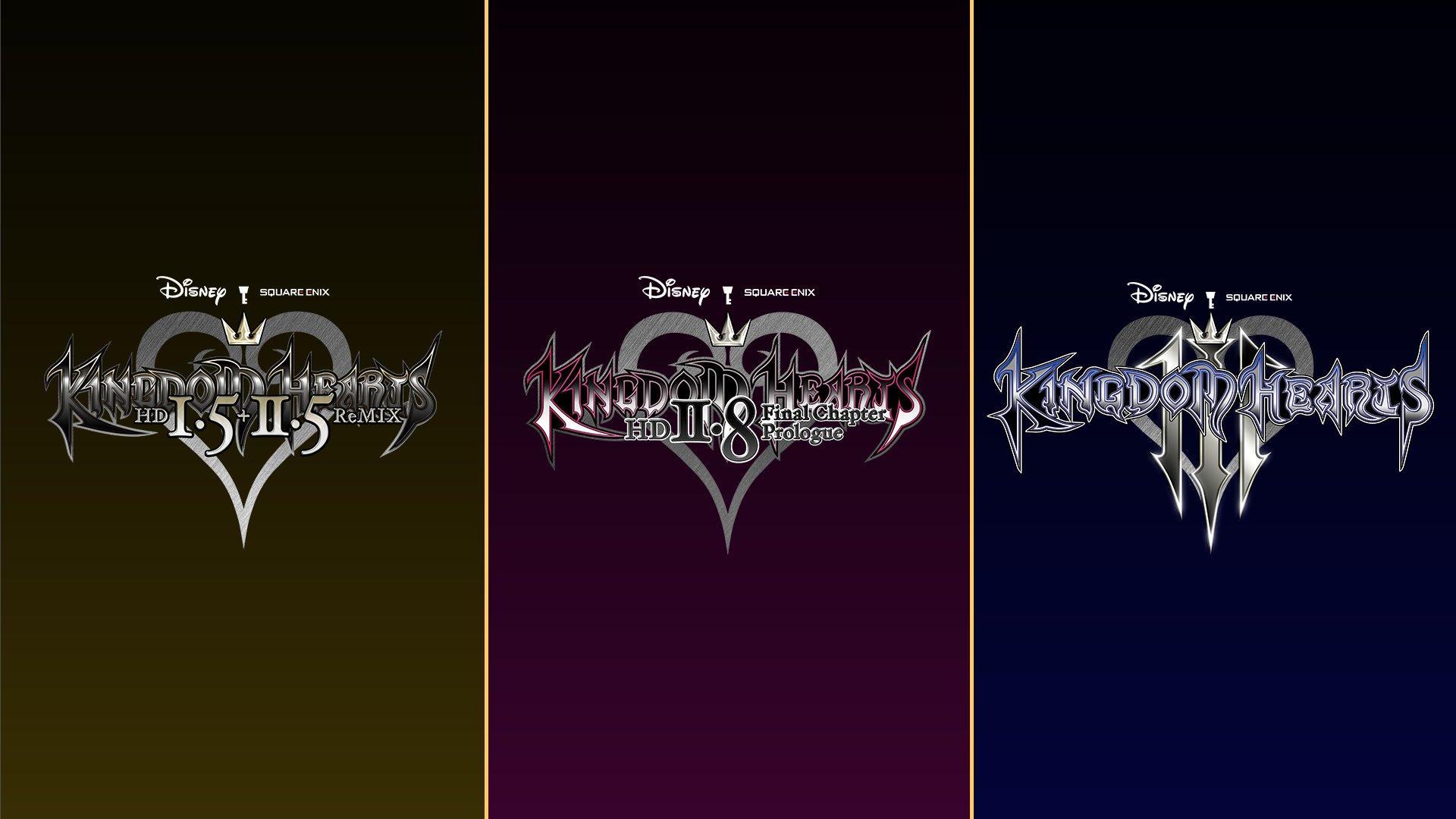 Now, with all that said, you now know how you can play all the Kingdom Hearts games in order. With the upcoming release of Kingdom Hearts 4, it should get you all caught up with the franchise and ready to play the game as soon as it hits the consoles. It might just be that the franchise turns a whole new leaf with the upcoming game, but that really could be interesting to see.

If you’re someone who has just gotten into the franchise and is looking for an easy solution to their problem, your best option would be to check out the new collections that have been released by Square Enix for the consoles.

The 1.5, 2.5, and 2.8 collections for the games have three games each which are really important to the franchise and would help you get caught up in the story. Of course, that only makes 9 out of the 13 games in the franchise, but it would still be enough to catch up to the story so that you can play Kingdom Hearts 4.

With all that said, I’m personally really excited to see what Kingdom Hearts has in store for us with its next release. It is surely going to be a big one, and I simply cannot wait for it. I’m excited to see a new world and new characters in the franchise, and by the looks of it, Square Enix is going to deliver.

I hope that you were able to play the Kingdom Hearts games in order after reading this guide. If there are any suggestions that might help me, let me know about them in the comments down below.

Cowcatcher Fortnite: How To Destroy Barriers With Cowcatcher In Fortnite?

Sky Glass Review: Is It Quite What You Want?

G Pro X Superlight: Is It The Best Gaming Mouse?