EA has been raking in a lot of new players with its highly popular title Knockout City. In fact, Knockout City is a gateway game for many new players who aren’t really into gaming. It has brought about a whole new player base that is highly interested in consuming tv and movie content but hasn’t really ventured into video games. And EA is earning a lot of money based off of that alone. So it was kind of a given that it would capitalize on this opportunity like it always does. By giving out game passes and in game transactions. In fact, EA is quite obnoxious for making money off of players using means that are not very ethical in their nature. And another addition to this money making franchise is Knockout City Season 2. 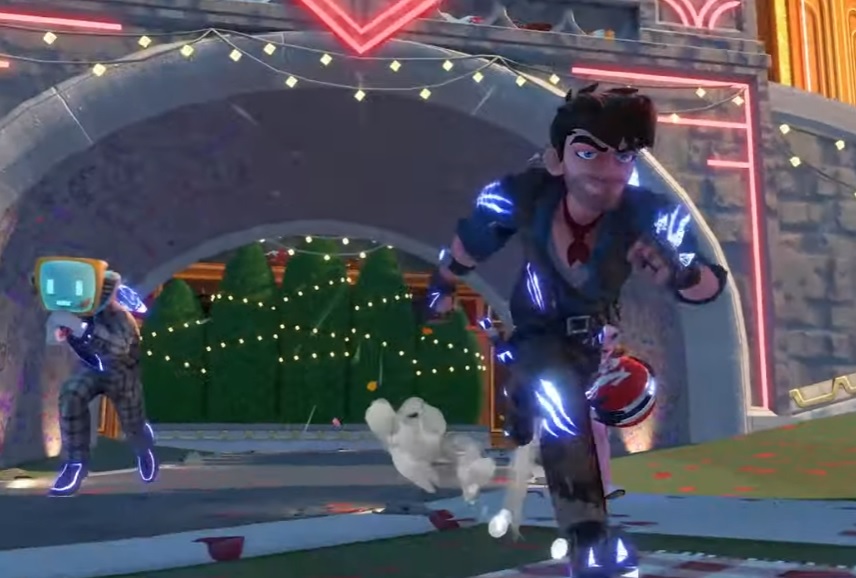 The biggest change, perhaps, is the addition of a new map. Knockout City Season 2 introduces us to a new map known by the name of Hollywood Drive In. The new map is themed on Hollywood and inspired by movies, in addition to which it changes its theme based on different films. Also, EA has introduced a new type of ball to the game, the Soda ball. The ball is quite a useful one, as it explodes on impact and dirties your opponent’s screen with the fizzy drink, making it difficult for them.

Of course, with a new season of Knockout City, all your previous progress up the League Play ladder will be lost. All your progress will be reset and you will be working towards a new set of rewards and challenges for League Play in the new season. This involves the addition of a lot of new stuff, such as new playlists and contracts, as well as exciting limited time events. All in all, it is going to be quite the spend fest. We should also mention that it is not all so bad. Since the game still remains free to begin with until you have reached a certain level. After that, though, you will have to pay. And we feel that is quite a fair deal. However, it’s still a money making franchise for EA, so it does get points deducted for that.

Talking about Season 2, so far it seems good. It is going to be interesting to see what else EA has in store for us. Visit the official EA page here: Knockout City Season 2

You can also purchase the game on Steam: Purchase Knockout City Season 2 on Steam

What do you think about this latest development? Are you a current player? Let us know in the comments down below.

Willard Grosshttps://thefranchisehound.com
Willard Gross is a content writer with an eye for detail. He loves to write and create, but he also enjoys reading and analyzing the work of others in order to critique it. With every sentence he writes, Willard strives for perfection: each word should be just right.
Previous articleCoComelon: Netflix Signs On New Show
Next articleTrollhunters: Rise of the Titans Full Review