We are not afraid to talk about the weird and the bizarre on our blog. In fact, I think I have reviewed more weird movies than I’ve reviewed generic ones. It is just something about these movies that I find really alluring, and so do the audiences. The charm of bizarre stuff is just irresistible and will have you going crazy in no time. And that doesn’t change with Lamb, the story that we are going to talk about today, in detail.

Lamb is a story that is, well, it’s really out of this world. I wouldn’t go as far as to say that I have never seen anything like it, but it is still in that realm of strange where you just cannot ignore the weirdness of it all. Movies like this have their own appeal because they truly let you get inside the mind of the one who created it all. It gives you a door into all the weird and the crazy and the bad and the good.

Icelandic artist Valdimar Jóhannsson is the director and the writer here, and I have to say I am quite impressed by the fact that this is his debut film. He brings it on all guns blazing, and I just love it. Rarely do you get to see such ambitious movies from inexperienced directors, and this is one of them.

Talking about weird movies, as I said before, I have covered a lot of weird movies on this blog, so I would like you to go through one of them as I’m sure you are going to like it if you are a fan of weird movies. Read all about American Ultra: A Weirdly Weird Movie here. It is surely one that will have your mind spinning over what you just watched. 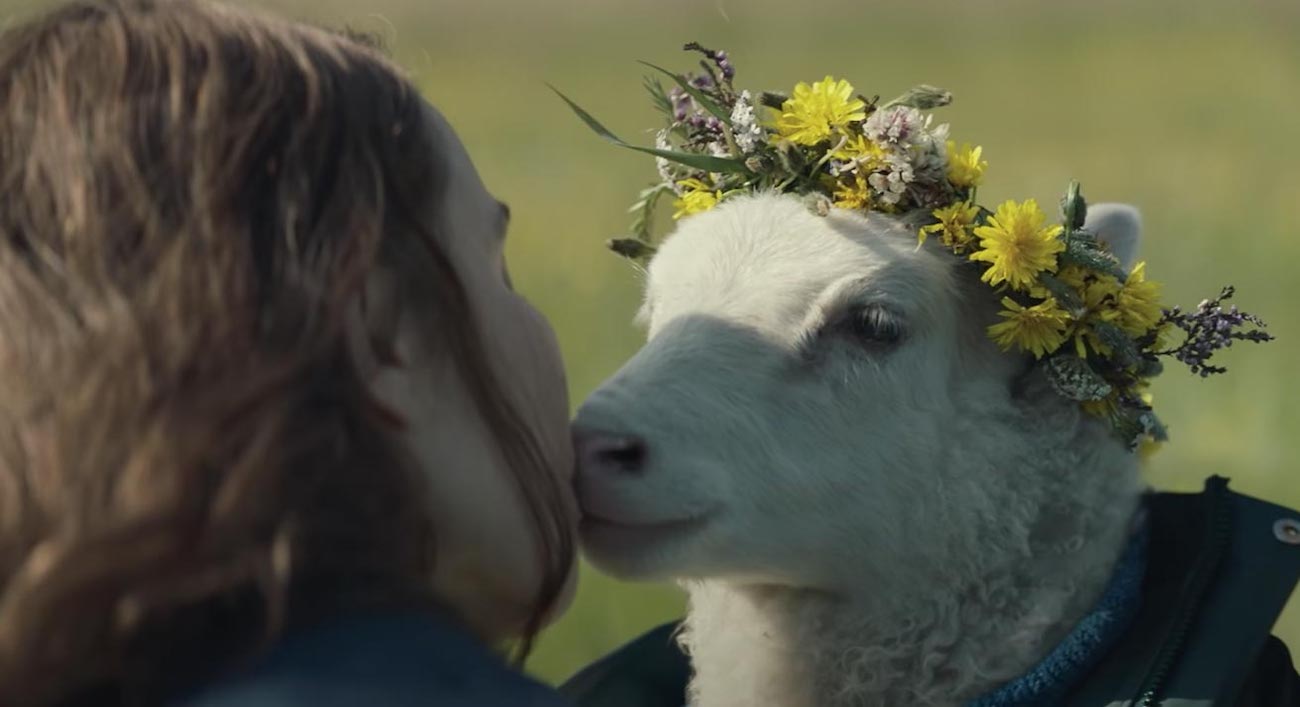 Coming to the review for the Lamb, I would say that it is not fair for a movie of this genre and this category to be compared to others. Because to compare a movie to another, they need to have some similarities. And I cannot really think of any other movie that is similar to this in the premise as well as the general category.

Coming to the general quality of the film, Lamb does not seem like the work of an amateur. It certainly has a lot going for it and the eerie vibe adds a lot to the film. And the vibe is something that is quite appropriate given the nature of the film. It never feels out of place. And it is something I openly welcome.

The execution and the cinematography too is next level and you will never feel that this is a movie made by someone who is just making his debut in the industry. The way the scenes flow is just magnificent and I love it.

The plot is quite strong and even very comical at times, so you will never feel bored while watching the movie. It keeps you interested throughout and is one that will invite a lot of theories too.

Overall, I would not like to reveal much about the movie as I feel the viewer should judge it with his own eyes. And I do not want to give any spoilers. But I would say that I love the way that it has been put together. And it is one that will appeal to those who like bizarre stuff like me.

Also read more about another great show: Untold: Deal With The Devil: A Tale Of Rise To Fame

Now comes the verdict for the film. I personally would give Lamb my full recommendation, because it is one movie that stands out apart from the rest. And I love the way that he has approached the film, from the cinematography to the plot and the execution. It is really a piece of art, and one that you are going to love.

Lamb is currently available on A24. You can check it out below:

Check out Lamb on A24

Lamb currently holds a rating of 6.6 out of 10 on IMDb, based on multiple user reviews. IMDb is our preferred platform for all movies and TV shows.

Check out the trailer for the film down below:

Willard Grosshttps://thefranchisehound.com
Willard Gross is a content writer with an eye for detail. He loves to write and create, but he also enjoys reading and analyzing the work of others in order to critique it. With every sentence he writes, Willard strives for perfection: each word should be just right.
Previous articleBest Gaming Chair for 2021
Next articleTitane Review: A Really Shocking And Weird Movie