Married At First Sight Season 5: Who Is Still Together?

Married at First Sight season 5 aired back in 2017. Based on the centuries old concept of matchmaking, the show puts together couples based on who they think might be a good match. This is not very different to the concept of arranged marriages, where the couple don’t see each other till they are about to be married. In this case, however, the couples are married at first sight itself. True to the name of the show, the couples in season 5 were also married this way. But where are they now? And how many of those couples did actually survive? We are about to find out today. Keep reading on if this is something right up your alley.

Read More: The Good Place Season 5: Is It Happening?

Married At First Sight: How it Works Married at First Sight follows a concept very similar to arranged marriage with a few tweaks. On the show, the expert panel takes up a number of participants, then match them up. They take the two people they think might be a good fit and marry them. The people are married before they even get a chance to know each other. And from there on, they build their lives together. A lot of drama ensues thanks to the unfamiliarity with this stranger they have married and is the unique selling point for the show. The show has a massive fan following and millions watch the show on a regular basis.

As season 13 draws nearer and nearer, today we’re going to take a look at the couples that are still together from season 5. The three couples were married back in 2017. But where are they now? Let’s find out.

Married at First Sight Season 5: Where Are They Now

The fifth season of Married at First Sight Season 5 saw us behind the scenes with three couples. Out of these couples, how many would actually make it? Well the answer is rather disappointing. Only one out of the three couples on the show actually made it in the relationship. Which is to be expected when you throw two strangers together in the same room. There is not a very high chance that it is going to work. Without much further ado, let us get into each couple and why their relationship either failed or succeeded.

Danielle and Cody, when they initially got together, seemed like a match made in heaven. The chemistry was just right and everyone was betting they would hit it off. And initially, things were looking good with regards to their compatibility. But then we got to know that they had not consummated their marriage even after a month of being married and that sort of put a full stop on the whole thing. This was the cause of a lot of tension between the couple and why would not it be? Nevertheless, after a month, the couple decided to go the distance and give their marriage a try off the screens. But all was in vain as they eventually broke up.

This was another couple that fans thought might go the distance. Initially the relationship was a little bit rocky, but they were handling things as they could. There were repeated fights and often very vicious blows to the other person. And that kind of soured the whole relationship, but still they tried to make it work. Despite all the challenges and their conflicting personalities and opinions, they gave it a try. They decided to give the relationship a chance off camera. But an year after their marriage, Sheila accused Nate of cheating and withing a few weeks, they were divorced.

Ashley and Anthony were arguably the favourites of the series as almost every fan was rooting for them. Their relationship wasn’t without its problems. They had their arguments and fights. And they both also had their reservations about the other person, especially Anthony. But it was something in the way that they chose to handle things that made fans root for them. There was always a solution behind every argument and they got to the root of it. Fortunately, Ashley’s and Anthony’s relationship was the one that eventually lasted. In fact, some time later, they even had kids together and are happily living a married life to this day. And all that is evident on their social media

The concept of married at first sight is certainly an interesting one. And one that takes it roots in old concepts of arranged marriages. It is quite evident by the fact that the show is still on air. And fans couldn’t be more excited for season 13 and how the couples would turn out.

You may watch Married at First Sight on MyLifetime where all the episodes are available.

The show currently holds a rating of 6.2 on IMDb, our preferred user review website. 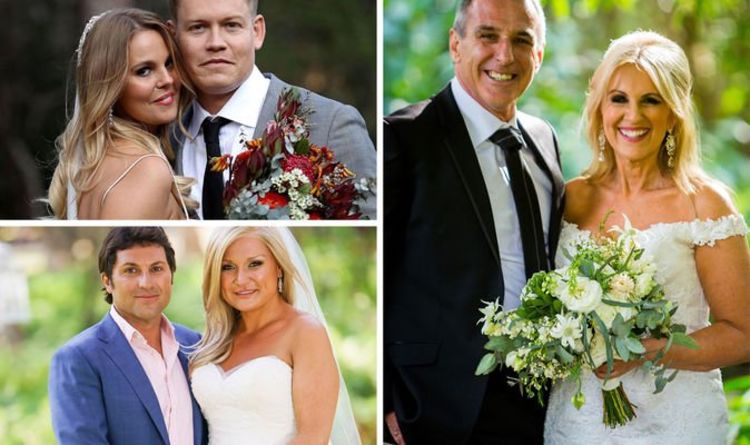 Stay tuned in to the Franchise Hound for the latest Entertainment updates.

Willard Grosshttps://thefranchisehound.com
Willard Gross is a content writer with an eye for detail. He loves to write and create, but he also enjoys reading and analyzing the work of others in order to critique it. With every sentence he writes, Willard strives for perfection: each word should be just right.
Previous articleBetter Call Saul Season 6: Release Date, Plot, Cast and More
Next articleThe Good Place Season 5: Is It Happening?