If you’re a fan of motorcycles and track racing, then there is no doubt that you are well aware of MotoGP 22. In fact, it is one of those few franchises that don’t really have a rather huge market but do possess a really loyal fanbase that will stay committed to the franchise no matter what. And just to be clear, I’m talking about the video game here, which is not to be confused with the actual MotoGP. But then again, if you’re a fan of either, then you already know that. However, the question still remains. Does the new MotoGP game have any substance to it, or is it one that is a rather unimportant subject of discussion?

If you have not been following so far, MotoGP is a motorcycle track racing sport that pits the best riders across the world against each other in a battle of high-powered motorcycles. Think something like Formula 1 racing, except that you will be dealing with bikes this time around and not simply with cars. That certainly makes things a lot different, and entertaining in quite different aspects. However, we are here to talk about the game, MotoGP 22. Now, the game is a simulator for the actual MotoGP that allows players across the world to play their favorite matches inside the simulator. It’s like the EA Sports FIFA of the motorcycling world, and it is really something that has had a substantial impact in the past.

So now, without much further ado, let us get right into the middle of things and talk in a little more detail about how the new game changes things or doesn’t.

Now, I’m sure that you are here because you are seriously considering going out there and getting that new copy of the game. The urge can be really irresistible, especially if you’re a fan of the sport. And I completely get that. You want to experience the rugged action and the almost life-like environments and simulation that the game provides. There is a sense of achievement under it all. The game simply isn’t easy. But it is not really meant to be. It is meant to be an accurate depiction of actual MotoGP racing with a fun element to it all. And that is something that it does in quite the perfect way. So I don’t think I have any complaints on that part. The title advertises itself as it is, and doesn’t require any more elaboration.

The Good, The Bad, and The Ugly 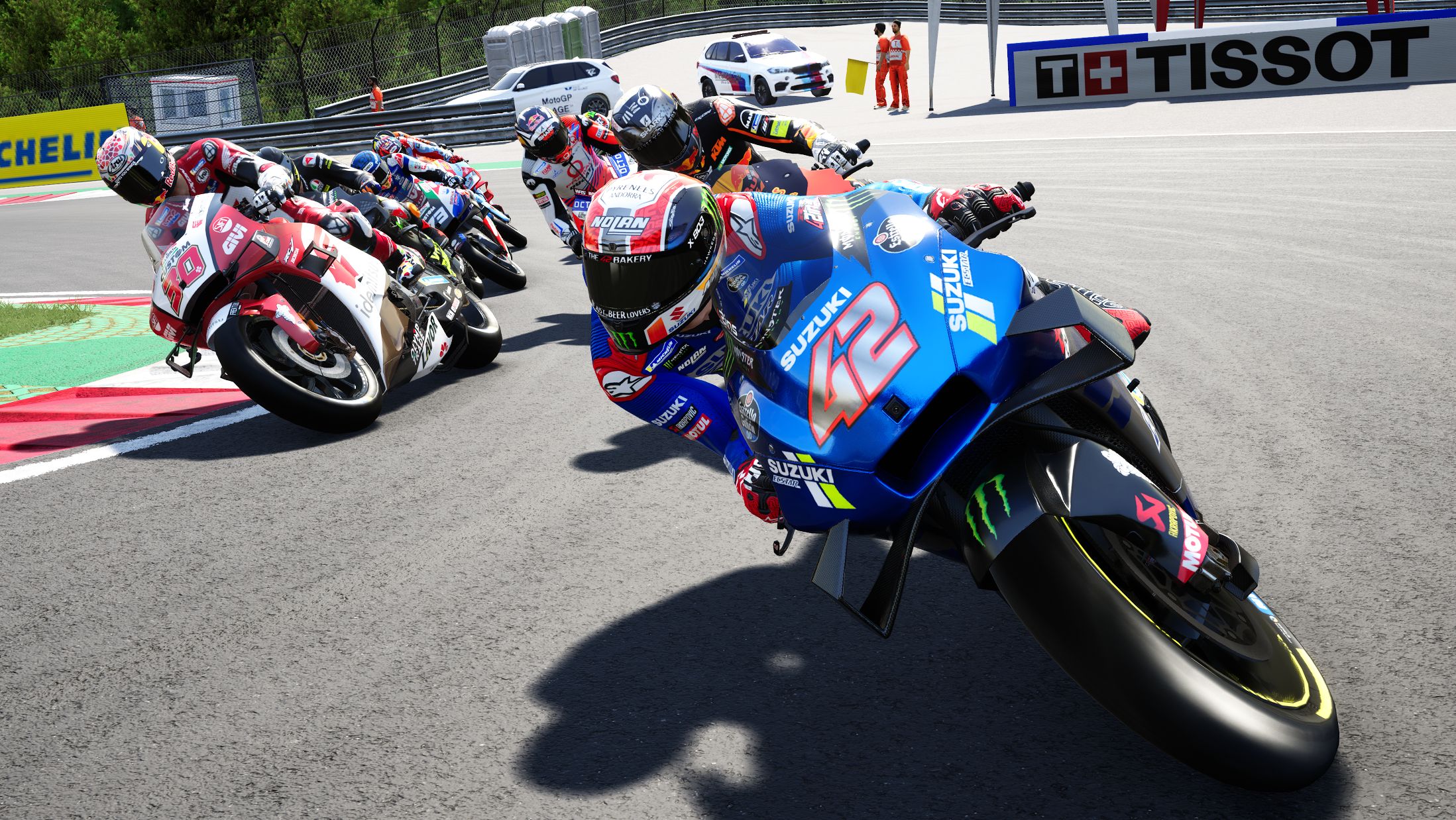 Coming to the game, I would like to draw an example from one of the most popular games out there. if you’re someone who is even remotely involved in sports or engaged in gaming in any way, then you definitely know that EA Sports FIFA is the king of it all. However, in recent years, the FIFA franchise has been undergoing harsh criticism on part of its similar releases every year. And while that is something that is really not up to the standards one expects from the company because of the way that technologies have matured in the past few years. EA keeps releasing the same game every year and rebrands it as new material while only handing in a number of tweaks and looking the same as the previous year.

Unfortunately, the same is the case with the new MotoGP 22. The new game heavily suffers from the same problem that it isn’t really much of a jump from the one that came before it. It looks quite similar and feels quite similar. However, it still isn’t a reskin of the previous game. The handling is now a little tighter, the track more unforgiving, and riding more realistic. The traditional MotoGP experience is still there and it is still alive. Also, the ability to play as if it is 2009 makes the game that much more lucrative for ardent fans of the sport. It brings back some real history and that is just something that sets MotoGP 22 apart from the previous titles. So before completely forgoing the new title as a reskin of the previous one, consider all that you might stand to gain with this new one.

Now, coming to the verdict for the game, I would personally say that it is an amazing sim that accurately portrays the harsh conditions of the track and the way that racing really happens, from the adjustments one needs to make to actually race to the actual racing. The title might not be the most inspired one, but it is definitely one that you should consider if you haven’t owned a MotoGP title, or at least haven’t played the game in a long time.

Check out the MotoGP 22 Official Website to Buy The Game

Check out the trailer for MotoGP 22 here:

What do you think about the new game? Are you a fan of the franchise? Have you been waiting for it for a long time? Let me know all about it in the comments down below.