There is a lot to be said about vampire movies, and a lot to show. And that is perhaps the theme that Night Teeth is all about. A highly popular genre that has been done over and over again in times since movies came into existence, vampire movies have largely covered all that there is to talk about the cold blooded creatures, and the mythology behind them. However, the same is the case with superheroes, yet we don’t see anyone complaining about them. Night Teeth is a movie that might solidify or even contradict my point though. And that is what I really find so interesting about it.

There has been a huge surge of vampire movies in the last two years, and people have been craving for more of the same. Maybe it is just the trends of today, or there is something that the directors are doing right. But whatever it is, the genre of the undead is back for good, and Night Teeth, one of the latest outings by Netflix, seeks to establish an identity of its own in that world. So what is the movie all about? And what is it really like? Is it a home run by Netflix, or another one that will soon be forgotten? These are probably the questions that are popping up in your mind right now. So without much further ado, let us get right into the discussion. 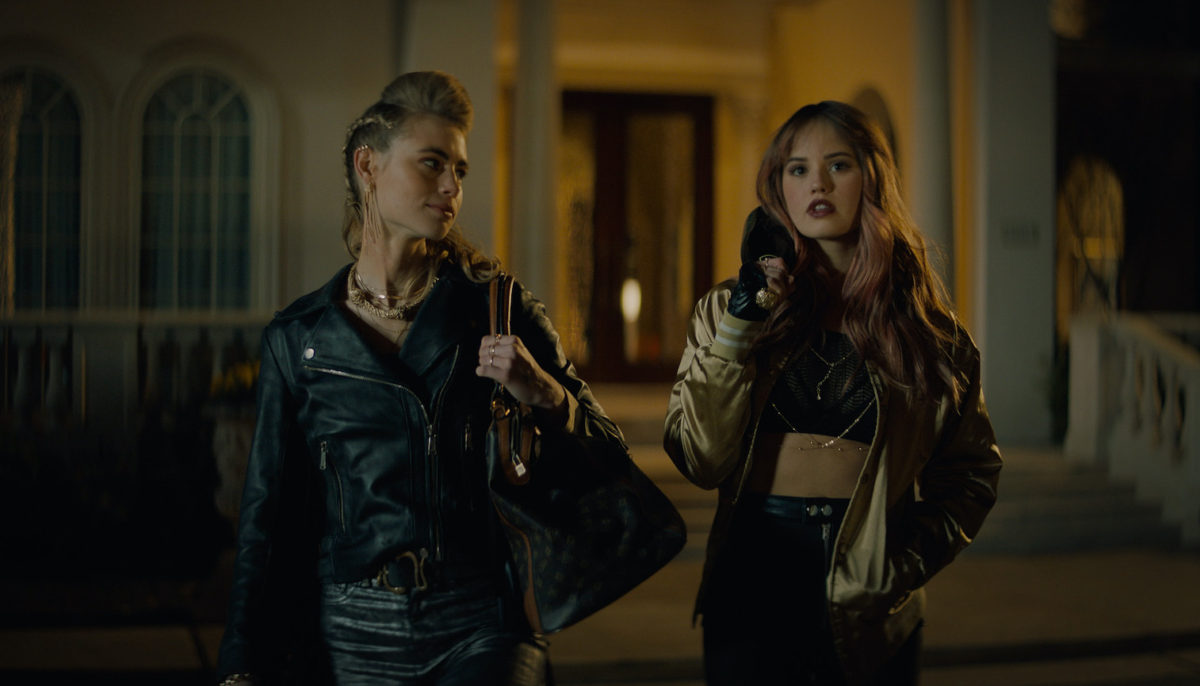 When it comes to vampire movies, so much has been said and done that there is hardly anything out there that can surprise us. The lives of the undead and the rules that they live by are some of the things that are known by people who aren’t even fans of the genre, or horror in general. When something is that deeply rooted in pop culture, it becomes easy to fall into the same pitfalls as any other director in the genre. Unfortunately, that seems to be the case with Night Teeth. Adam Randall is the man in the chair here, and while there is a lot to be said about him, perhaps there are other things at play here.

Night Teeth stars Lucy Fry and Debby Ryan in the main roles, and Jorge Lendeborg Jr is here to join them. While at times it might become difficult to ascertain who the film is really about, perhaps that is really the point being made here. Night Teeth follows the story of the two vampiric girls as they go out for a night of fun – and blood. Lendeborg plays the role of the innocent guy filling in for his brother on a cab shift, only to be dragged into something bigger than he could ever imagine. Lucy Fry and Debby Ryan are his passengers for the night, and poor Benny has no idea what he is about to step into.

As the night goes on, Fry and Ryan step into different locations and extract the blood of different vampire heads, but Benny has no idea why all this is happening, and the role that his brother plays in it. That is perhaps one of the biggest things the film has done with its script. Other than that though, the movie is a culmination of every pop-culture vampire reference that there is out there. That does not always have to be a bad thing either. It is just that it isn’t working here. Netflix tried to for something that was a little outlandish with a hint of seriousness, but all that does is add to the confusion here.

Fry and Ryan, while convincing in their roles, put in average performances and it is nothing to really write home about. Coupled with the corny dialogue, the portrayal doesn’t really do any wonders for the movie. There are moments where the cast truly shines, but for the most part, you will find yourself not believing whatever is going on the screen.

Read more: The Show You Have Been Waiting For Total Bellas Season 6

With all that being said, Night Teeth is a movie that will appeal to those who have never watched a vampire movie before, or a comedy, for that matter. But other than that, it manages to be a lukewarm dose of everyday comedy and action that disappoints in the name of a movie. There is not much to be said about it, and that is perhaps its biggest failure. Being average can be really bad sometimes. So I would not recommend the film to anyone out there.

Night Teeth is currently available to Stream on Netflix. You may check it out at the following link:

The movie currently holds a rating of 5.7 out of 10 on IMDb, based on multiple user reviews. IMDb is our preferred platform for all movies and TV shows.

What are your thoughts on the movie? Did you enjoy it? Are you a fan of vampires and the undead? Let me know in the comments down below.

Willard Grosshttps://thefranchisehound.com
Willard Gross is a content writer with an eye for detail. He loves to write and create, but he also enjoys reading and analyzing the work of others in order to critique it. With every sentence he writes, Willard strives for perfection: each word should be just right.
Previous articleBarb And Star Vista Del Mar: A Fun Journey
Next articleFootball Fans Cannot Miss Super Bowl Live