Are you a fan of thrillers? If so, you are surely going to love what I have in store for you today. I’m a huge fan of thrillers myself, and more so when they get all psychological and into the details. Which is also one of the reasons I watch movies and TV shows in general. It is all because of this sort of mystery and blurring of boundaries. And today I’m going to talk all about Nine Perfect Strangers. Nine Perfect Strangers is one that has been on my list for quite some time. And now is the perfect time to review it.

We’ve talked about similar shows on this blog before, and I had quite a nice time talking about them. And so you’d know that this is something that is right up my alley. A show about going on a vacation and getting anything but a vacation? Count me right in. It is just the sort of entertainment that I love and cherish. And I would pay good money to watch it. Nine Perfect Strangers is the culmination of that holiday resort thriller and psychotics that we love in a thriller.

Produced as a mini series, you can see that Nine Perfect Strangers is a special one. It is based on the 2018 novel by Liane Moriarty and the novel itself was so amazing too. Starring Nicole Kidman and Melissa McCarthy, the series features a star cast and will surely wow you. Nicole Kidman and Melissa McCarthy both are A list actors and their screen presence is something to admire.

Before this, a similar series The White Lotus came out. The White Lotus had a similar theme to Nine Perfect Strangers in that it was a story about a Hawaiian resort and a thriller based around it. The characters are all good and bad, and no one can be trusted. Nine Perfect Strangers follows a similar theme and puts the cast in a wellness spa called Tranquiilium House, where Nicole Kidman shows all her magic.

Talking about the White Lotus, you might want to check out my article on the show. The White Lotus: A Phenomenal Season Comes To A Fitting End | Updates | All You Need To Know is one that you need to read. I talk all about the ending to the season and all that you need to know about the show and its future. It is a worthwhile read if you are a fan of the series. So do give it a try. 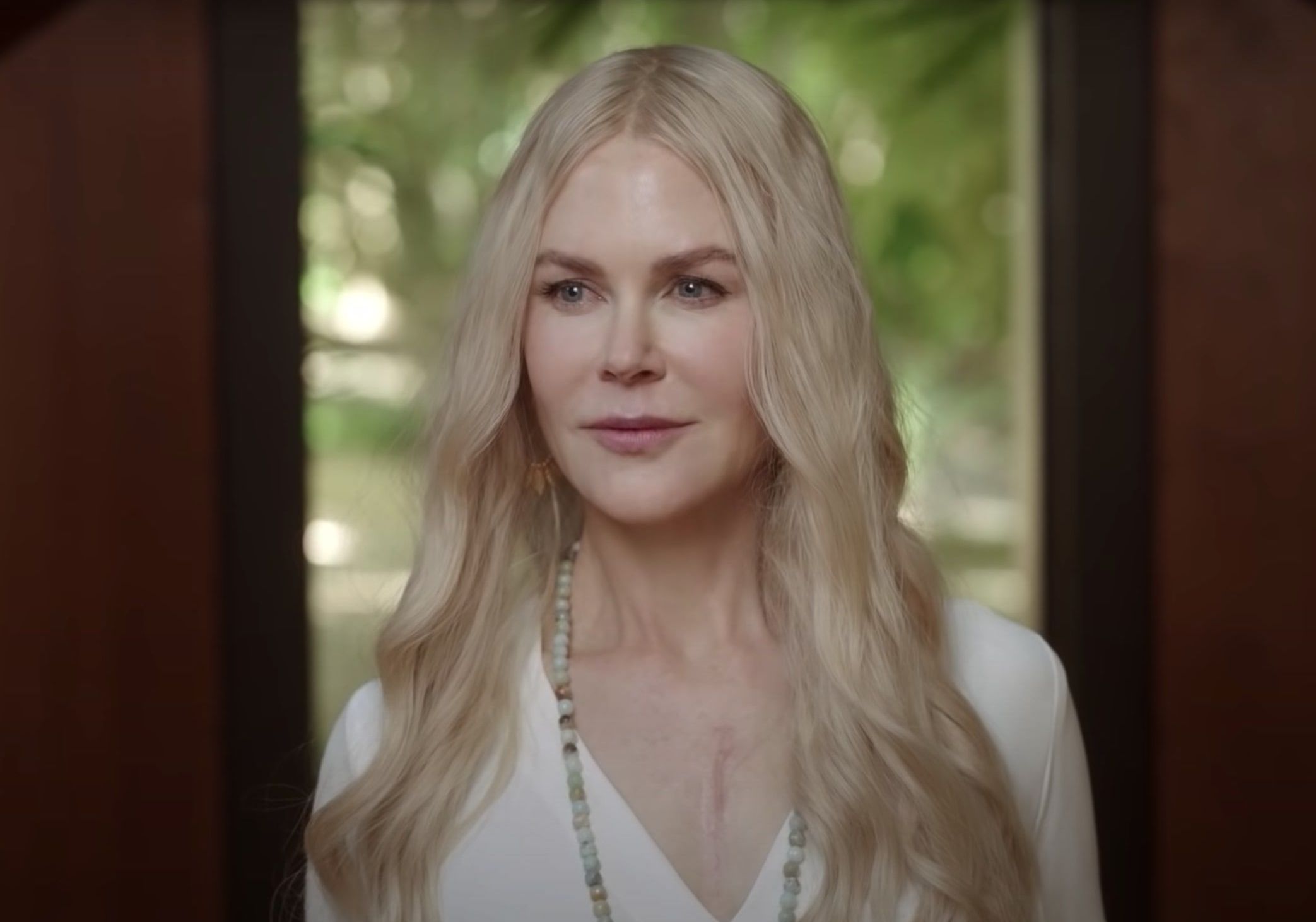 Nine Perfect Strangers has a lot of competition, and it doesn’t really work out to its advantage, that is for sure. But it wows you with a charm that is so subtle yet beautiful, you tend not to compare it with any other series or movie.

The story follows a few guests who are invited by Nicole Kidman into her house of wellness and happiness. But things are not as they seem as Kidman is merely laying a trap for them to fall into and entices them with her beautiful charms.

The synopsis for the series goes as: “In Nine Perfect Strangers, Nine people gather at the Tranquillum House Resort for a 10-day wellness retreat, run by a former businesswoman named Masha. While these strangers get to know each other and grapple with their own issues, they start to have questions about what exactly is going on at this retreat.”

Talking about the show, I was quite pleased with the way it was put together. The show manages to remain true to the original Liane Moriarty story and manages to give it a life of its own. The direction and the quality of work is excellent and will not leave you desiring for more. I particularly liked the way the story was told with so much enthusiasm and a vibe of terror that will have shivers running down your spines.

Nine Perfect Strangers is not a horror series by any measure, but it will surely have you so drawn into the atmosphere, you will sometimes feel the eeriness creeping up on to you. And that is something to really admire in a series, that delivers above and beyond what it is supposed to.

Nicole Kidman too, has given a stellar performance here. And I really liked her portrayal of the host and the way that she conducts everything. She screams out the intentions of her character yet keeps it so subtle and classy that you cannot help but admire it.

Coming to the surprise of the show, we are going to talk about Melissa McCarthy. While Nine Perfect Strangers is Nicole Kidman’s show without a doubt, she leaves much to be desire, both by virtue of the dialogue that she is given, and the way she acts herself. But Melissa McCarthy just blows it out of the water. Melissa McCarthy is unarguably the star of the show here, and has given a performance that everyone is going to admire and love. You will never have a dull moment with her on screen, and that is really something to appreciate.

You might also be interested to read more about Shaman King: Will It Return For A Second Season

Coming to the verdict for Nine Perfect Strangers, I would say you should definitely give it a watch. Sure, it is not perfect, but it also does not leave a lot to be desired. It is perfectly acceptable for the promises that it makes and what it needs to deliver. So it is going to be a lukewarm recommendation from my side.

Nine Perfect Strangers is currently streaming on Amazon Prime Video. You may watch it at the link below:

Nine Perfect Strangers currently holds a rating of 7.5 out of 10 on IMDb, based on multiple user reviews. IMDb is our preferred platform for all movies and TV shows.

What are your thoughts on the series? Did you like it? What did you think about Nicole Kidman and her role? Let me know in the comments down below.

Willard Grosshttps://thefranchisehound.com
Willard Gross is a content writer with an eye for detail. He loves to write and create, but he also enjoys reading and analyzing the work of others in order to critique it. With every sentence he writes, Willard strives for perfection: each word should be just right.
Previous articleShaman King: Will It Return For A Second Season
Next articleThe Nobodies Review: Theater Act Goes Big