OnePlus has been making phones for a long time now. It is no longer the underdog that it used to be, and it no longer undercuts other phones. If you remember, when OnePlus initially broke out into the market, it gave itself the title of the flagship killer. However, that is no longer true today, with OnePlus becoming a flagship itself. The brand kickstarted its flagship series of phones with the OnePlus 7 Pro 3 years ago. Now, with the release of the OnePlus 10 Pro, the brand is continuing the trend of ever more expensive and bigger flagship phones. But is the new phone a worthy successor to the 9 Pro?

When OnePlus released the product images for the OnePlus 10 Pro, the entire world went crazy because this was something that it had never done before. The brand went for a completely controversial design with a huge camera bump on the side that gave the phone a completely unique look while housing one of the best camera sensors on the market. Needless to say, some people loved the new design, while others just hated it, and both the groups have their valid reasons. However, it is not just the design that makes the phone. When you pair it with some top-of-the-line specs that OnePlus provides with the Pro series, things get really serious and the game changes;

Now, let us take a look at what the new OnePlus 10 Pro has to offer and if it is anything close to the quality that we have come to expect from the brand. 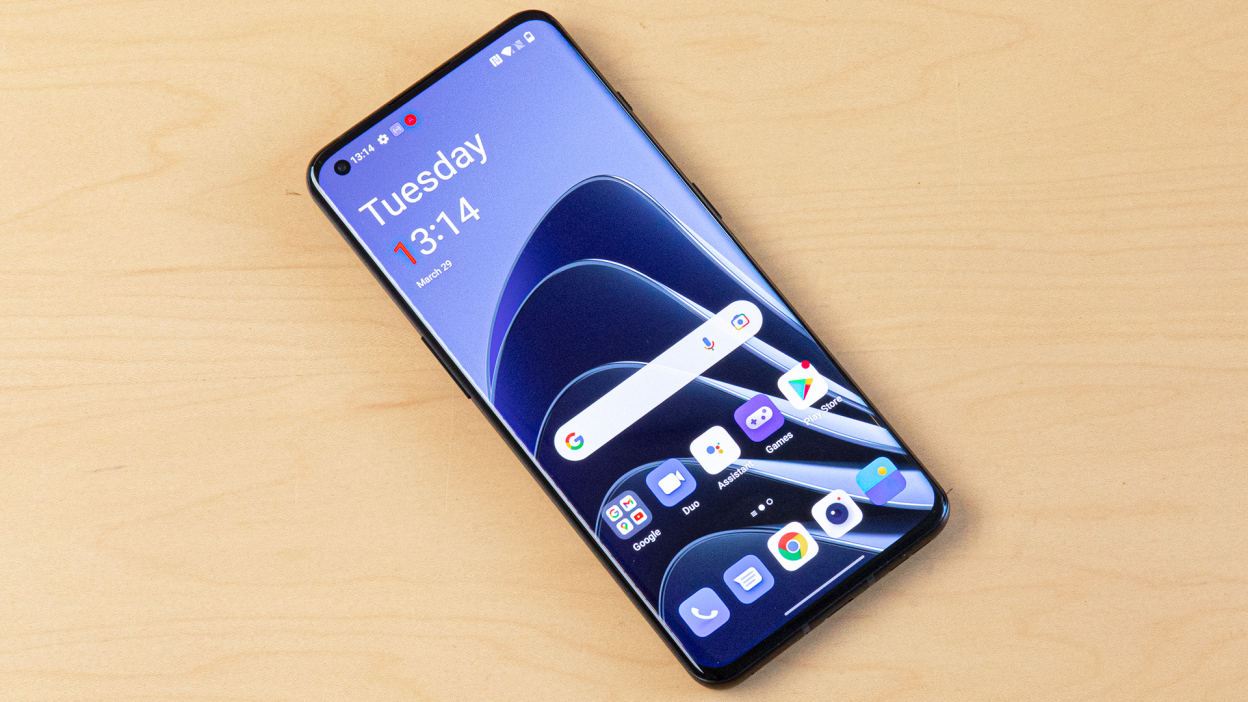 When you first look at the OnePlus 10 Pro, you never doubt that it is indeed a OnePlus phone. The entire design of the phone speaks the OnePlus style language that we have all come to know and love across the years. Paired with the Sky Blue color, the phone itself looks quite unique, especially now that it has the big square camera bump on the side, not to mention the iconic alert slider that has been a part of the OnePlus phones since the beginning. It all just screams OnePlus and that is something that I really like about it.

However, with the way that the OnePlus brand has recently merged with Oppo, things have started to look a little grim. For starters, both the brands now make phones that are virtually identical to each other in terms of the design and the technologies that they share, with the differentiating factor often being the Operating System that they run on. In fact, the brand has been receiving a lot of criticism for the same, with many fans of the brand now turning away from it considering that even the operating system, the iconic Oxygen OS has had its code merged with the Oppo skin.

All of this, however, shouldn’t turn you away from the OnePlus 10 Pro as a whole. The new phone has its own merits that are enough to stand up on its own.

While OnePlus may now make phones that virtually mirror the design of Oppo phones, it doesn’t mean that the brand has started making bad phones. In fact, contrasting that, OnePlus phones still remain some of the best on the market and give a value that is virtually unbeatable by most other phones in its category, discounting phones from sister companies Oppo and Realme.  The same is the case with the OnePlus 10 Pro that offers amazing specs for the price.

The new OnePlus 10 Pro comes with a huge 6.7-inch QHD+ AMOLED display with a refresh rate of 120 Hz that feels as smooth as butter and simply glides across apps as you use the phone. Paired with the new Snapdragon 8 Gen 1 chip, the OnePlus 10 Pro is as powerful as they come. The design of the phone again comes to the rescue as the phone comes with a flat display with slight curves at the edges. However, they are nothing similar to what we once saw on the OnePlus 7 Pro, and for better or for worse, this is the way that it is going to be now.

Coming to the camera, the OnePlus 10 Pro comes with a phenomenal set of cameras which are simply one of the best in the industry. Paired with the Hasselblad color processing on the phone, it makes for a really sweet deal. For the most part, the camera on the OnePlus 10 Pro will not let you down. It will be dwarfed by better camera phones like the Google Pixel 6, however.

The OnePlus 10 Pro also comes with the latest version of the coveted Oxygen OS, but it is not the big deal that it used to be. The operating system has had its code merged with Oppo’s ColorOS and the phone doesn’t feel as silky smooth as it used to on the previous versions of the operating system. However, this is something that we expect that OnePlus will rectify in time, as it is really important to the life of the brand, as it is the unique selling point that they have had over the years.

Read more: The House of the Dead: Remake Does Stand Up To The Original 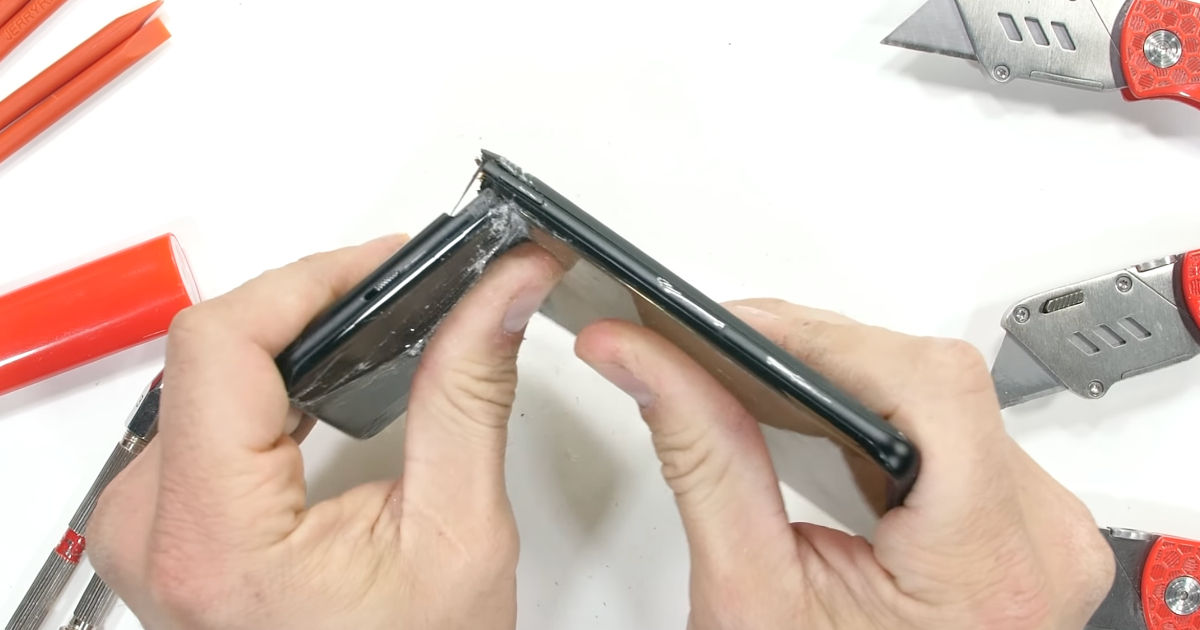 This is the part where things actually get really bad. While the OnePlus 10 Pro is a pretty nice phone to use in general, it does come with its caveats, and they are hard to ignore for the most part. And the biggest of them is the design of the phone itself. While it is controversial and many find it beautiful, it is one that is simply terrible when it comes to durability. The design of the phone was tested for its durability by popular YouTuber JerryRigEverything where it spectacularly failed.

The phone was subject to the bend test as is every other phone on the channel, and it revealed some major design flaws in the phone. In fact, the phone itself is so weak that it simply snapped in half when Jerry applied pressure to the middle of the phone. That is bad news for any phone as we have never seen a phone fail the bend test this badly before, not even the infamous iPhone 6 Plus which was famous for its bendgate. The OnePlus 10 Pro is unsupported right where it needs to be reinforced the most and thus becomes a highly unreliable buy for those who are looking for even the slightest bit of durability. The phone will not likely survive any major bends and is going to be a bad buy for rough users.

The OnePlus 10 Pro is one of the biggest offerings from the brand to date, with a design that is so controversial paired with top-of-the-line specs. For most users, the phone will serve its purpose pretty well and serve their daily needs without a hitch. However, the way that it fails the bend test is one of the major problems that are simply unforgivable and speaks volumes about its durability. So unless you can handle a delicate phone with a hefty price tag, you should steer away from the OnePlus 10 Pro.

If you’re looking for the OnePlus 10 Pro’s complete specification, you may check it out at the following link:

Check out OnePlus 10 Pro on OnePlus

What do you think about the new flagship? Did you like it? Would you buy it, considering the way that it fails the durability test? Let me know all about it in the comments down below.