Pacific Rim is a young franchise that hasn’t really had a lot of content compared to other franchises that have been established for a long time. And this is one of the main reasons that the franchise is discounted so easily. It is really not so much that there is a dearth of content in the film. If you watch closely, you would notice how particular the film is about its lore, and how well it understands its audience. But is that really something that holds true for Pacific Rim: The Black? Netflix’s new Pacific Rim anime is one that has been making the news and fans of the franchise have been really excited about it. And I completely understand that, coming from the perspective of a fan. But what is it that makes Pacific Rim: The Black so special?

Perhaps it is the shift from a larger perspective to a smaller but more focused story. Or maybe it is the fact that Pacific Rim is now stepping into the Japanese world, which arguably has a fan following that is unlike any other. Anime fans are loyal to their culture, and there really is no coming back from anime. And the fact that Pacific Rim is now made into an anime is that much more important for fans of anime. But of course, that is not the entire story. There are a number of factors that go into determining what an anime is going to be like, and how it is going to do with the audience. And we are here to discuss everything about that. So without much further dawdling, let us get right into the discussion about Pacific Rim: The Black.

Read more: The World’s Most Amazing Vacation Rentals: A Trip For The Ages 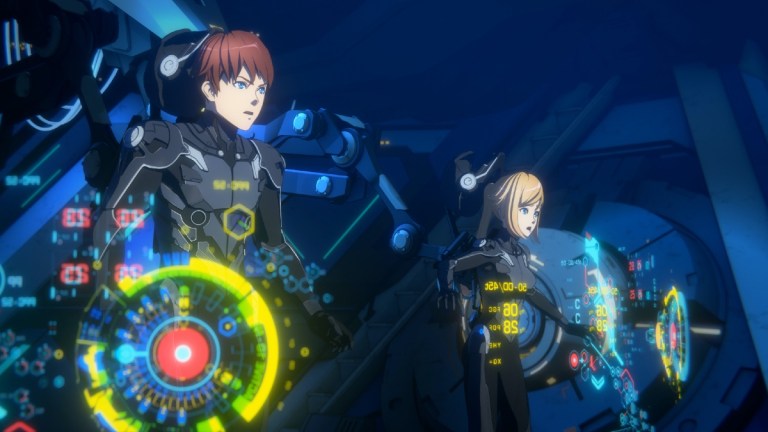 Pacific Rim: The Black is a show that takes place in the universe that was established by the original film and takes place in the original lore of Pacific Rim. It is a Japanese anime that is created by Greg Johnson for a worldwide audience and takes place in the Black, a wasteland after which the anime is named. When the original movie came out back in 2013, people were just blown away by the quality of visual effects and the action that the movie had. But the movie was not simply a case of mechs fighting each other taking place in a generic universe with a generic story. Rather, it was deeply seated in its own lore that had a whole lot going on. From the Kaijus to the Jaegers, the movie made it a point to establish its own universe and to lay down the cornerstone of a long running franchise.

The sequel, which came out 5 years later, was equally as well done as the first one, although at the hands of a different team and arguably had a different vibe. However, it stuck to the tried and tested formula of the first one and didn’t really do any big changes in the way of storytelling that the audiences would notice. It was still a good movie, but it was not really fresh. Then, the team came together to discuss the future of the franchise, and certainly, this anime is the result of that. However, this is not the same as what we have seen before from the franchise and takes place in a more realistic and more grounded world where everything has its consequences.

Pacific Rim: The Black is an anime that tends to break away from the rather light outlook of the movies and explores an alternative perspective to the world of the franchise. Taking place in the black, and concentrating on the lives of two young siblings on the verge of adulthood, struggling with their own demons and their own shortcomings in a world that is out to eat them. The show loses the familiar bright outcome geared tendencies of the movies and roots itself into reality and the consequences of everything. The show wastes no time establishing what kind of anime it is. From the get go, there is death and suffering, and there is no mercy for any character. The beloved siblings, too, make mistakes and ultimately pay the price for everything. Hayley, with her short fuse and impulsive nature, causes herself irreversible grief and damage, and so does Taylor, who has vices of his own stemming from insecurity.

There are definitely differences in the presentation here too, as has been clarified by various studios who clarified that it’s a mistaken belief that animation offers more flexibility than live-action. Though this was true in the past, it is no longer true. In a live-action film, the artistry that goes into CGI is akin to that which goes into animation. The team behind the anime stated that it is in fact the budget which determines the scope and reaches of the visuals, and while the budget of an animated series is typically lower than that of a live-action series, they still need to keep track of the number of characters, locations, shots, and asset changes, such as new character clothing and set destruction.

Read more: What Do You Know About “The Last Blockbuster”

Opinions On Pacific Rim: The Black

Talking about the anime, Greg Johnson said, “Pacific Rim is not just about machines fighting monsters. The “machine” also refers to building a global response that can collectively defeat a common threat. All of the humankind joins in the effort because nothing else matters. Reframing the world in that light is refreshing and exhilarating.” Talking about what they tried to do with this anime, he said that above all, they wanted to get deeper into the characters because that’s where the risks are most dangerous. When you care about Taylor and Hayley, you want to know if they’ll make it through each episode. They depict unexpected casualties right away, so it’s not a given that any of the characters will be back in the following episode. When you care about who wins, who loses, and who dies, the wars take on a whole new meaning.

It all comes together in a world that is much more animated (pun intended) and darker than any of the films. Pacific Rim: The Black nails the point of what it is like to have lore that is so diverse and allows room for exploration. The anime has some new additions of its own to the franchise and makes some creative decisions that have worked really well here, exercising the creative liberty of the writers to introduce new creatures and talk about their impact on The Black. However, this again diverges a bit from what we have seen of Pacific Rim so far, so maybe it might not appeal to everyone. But that is simply the cost of doing something new with the franchise. Overall, the anime is one that would appeal to some, while it might put off fans of the original movie. But that is a good trade-off in my opinion.

Read more: The Way Of The Househusband: A New Season?

For fans of animes and those who are invested into the world of Pacific Rim, this is really as good as it gets. The director has struck it out of the park with this one. But again, that is subject to public opinion, as there are others who starkly disagree with this notion. Personally, if you are a fan of anime, Pacific Rim: The Black is one that I would highly recommend.

The anime is currently streaming on Netflix. You may check it out at the following link:

Pacific Rim: The Black currently holds a rating of 7.1 out of 10 on IMDb, based on multiple user reviews. IMDb is our preferred platform for all movies and TV shows.

You may watch the trailer for the anime here:

What did you think about the show? Did you enjoy it? What are your opinions on the lore? Let me know your thoughts in the comments down below.

Willard Grosshttps://thefranchisehound.com
Willard Gross is a content writer with an eye for detail. He loves to write and create, but he also enjoys reading and analyzing the work of others in order to critique it. With every sentence he writes, Willard strives for perfection: each word should be just right.
Previous articleThe World’s Most Amazing Vacation Rentals: A Trip For The Ages
Next articleCan You Expect Great Pretender Season 3?