How many of you here are fans of fantasy games? I bet that so many of you are. Judging by the way that fantasy games have been doing in the media lately, I have no doubt that they are indeed the future of mobile gaming. With a lot of new franchises coming to mobile, RPGs are really taking off and bringing a new dimension to mobile gaming. But going even further than that, some companies are bringing full fledged versions of their games on the PC and the console to mobile, and Path of Exile Mobile happens to be one of those precious games.

I’m sure that you must have heard a lot about the Path of Exile franchise if you are a gamer. After all, it is one of the most popular action RPG franchises on the market when it comes to PC as well as console. Offering a true fantasy experience that spans across such a large selection of classes, Path of Exile is a true RPG at heart and offers players a lot of flexibility, while retaining the full entertainment value of the game. That is not something that you can find so easily these days. And that is true even more so on mobile. So when Grinding Gears announced Path of Exile Mobile, there was no one else more enthused than I was.

But enthusiasm is not all that it takes to justify the hype for a game, so let us learn a little more about the franchise and what it is that Path of Exile Mobile is aiming to bring to the table.

Path of Exile Mobile: About The Game 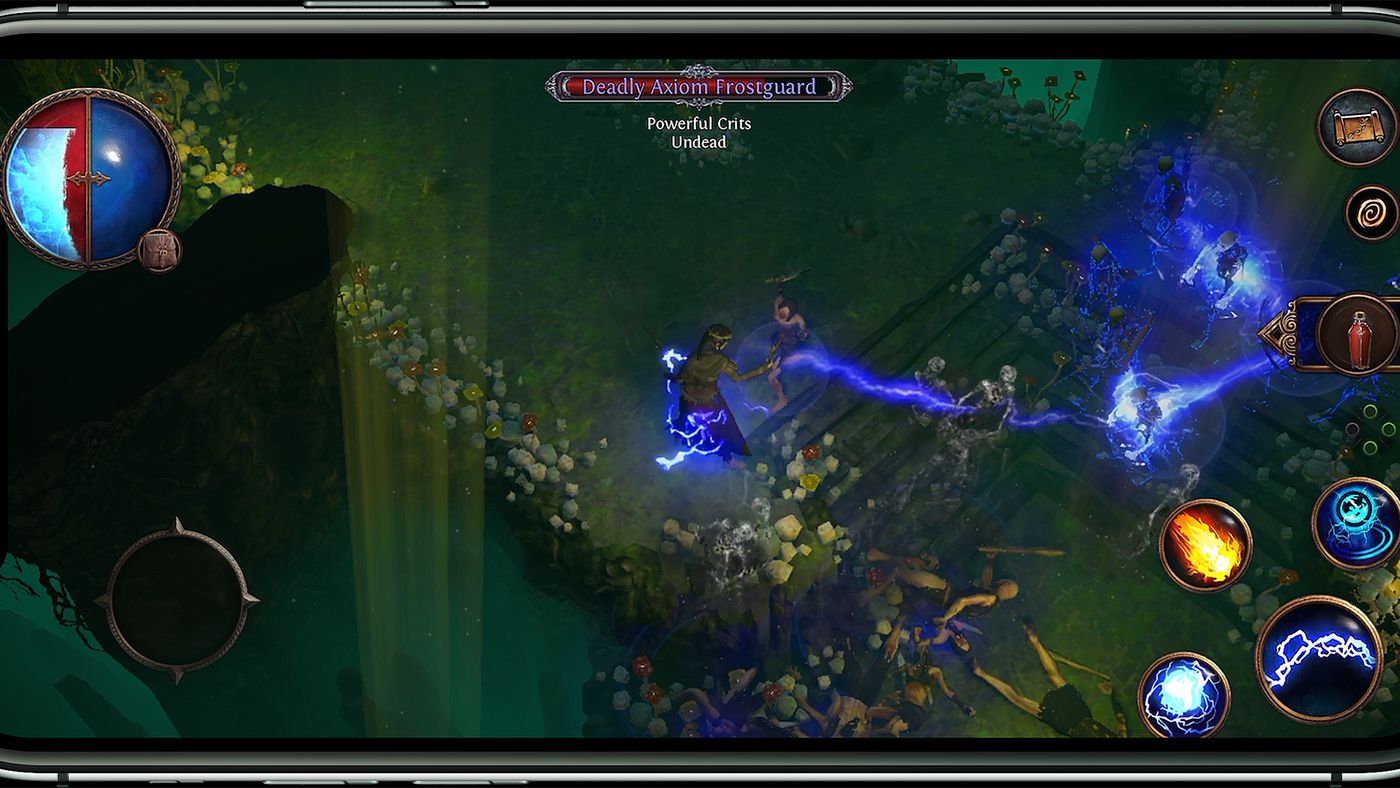 Path of Exile Mobile is the portable version of the ever so popular PC RPG Path of Exile that aims to bring the true dungeon experience to mobile. Throwing players into a fantasy world where they will be forced to their wit’s end, the game employs a lot of mechanics to make it a true fantasy game that will offer players a lot of challenges in an experience that mirrors that of the Diablo series. I’m personally a huge fan of both the games, so Path of Exile Mobile finally being announced was quite a special moment for me. I’m sure that it was the same way for most of you as well.

The game itself is aiming to bring some new changes as it now supports random generations of dungeons outside those that are persistent and are common to all. This is going to bring a new dimension to the game that we have not experienced before on mobile. Think of it as your very own dungeon each time you play the game. And that is not all either. The loot that you get from your battles and your quests is also randomized so there is a good chance that you might get something you didn’t even expect! That is surely more than what one can ask for.

There is also going to be the full gameplay experience as seen on the PC and console. There is going to be the same class leveling system as well as perks and achievements and the same online experience. However, we have not heard any news of a cross platform network on mobile so far, so that is something that we cannot yet expect from the game.

Path of Exile Mobile is somewhat of a surprise given the age of the game and we haven’t really received a lot of information about its release date so far. However, given the way that things are, we can expect either a late 2022 release or a 2023 release. The developers on the game have kept mum on all news so far, and there really isn’t much to expect in terms of release date.

Read more: Pragmata: All About The Capcom Game

With all that said, I’m sure that many of you are all geared up for the full Path of Exile Mobile experience. It is surely going to be a step ahead in terms of what we have seen from action RPGs on mobile so far, and I have a lot of expectations from it.