PAW Patrol The Movie: Put Your Paws Up!

PAW Patrol is all the rage right now. The hit series of toys and shows from the genius brainchild of Keith Chapman is one of the most popular in the market right now. It has been garnering a lot of attention lately, with sales figures going through the roof. The TV show is also doing quite well. It has recently been renewed for a 10th season in collaboration with Nickelodeon. It has been getting a lot of positive attention and a lot of good reviews over its run on the channel and things are generally looking good for the franchise. The toys and merch business is also doing quite good for itself. And now PAW Patrol is looking to expand its reach with a whole new movie. PAW Patrol: The Movie is the latest addition to the universe of PAW Patrol. And we are looking forward to it.

Spin Master Entertainment seems to have stumbled upon a gold mine here. It is already credit with the PAW Patrol show on TV. And now, in association with Paramount Pictures and Nickelodeon Movies, it is delivering on PAW Patrol: The Movie. Cal Brunker is the brain behind the scenes here, famous for his work on Planet Earth and The Nut Job 2: Nutty by Nature. He is a very affluent director and we have seen great stuff from him. So our expectations are pretty high for this one. 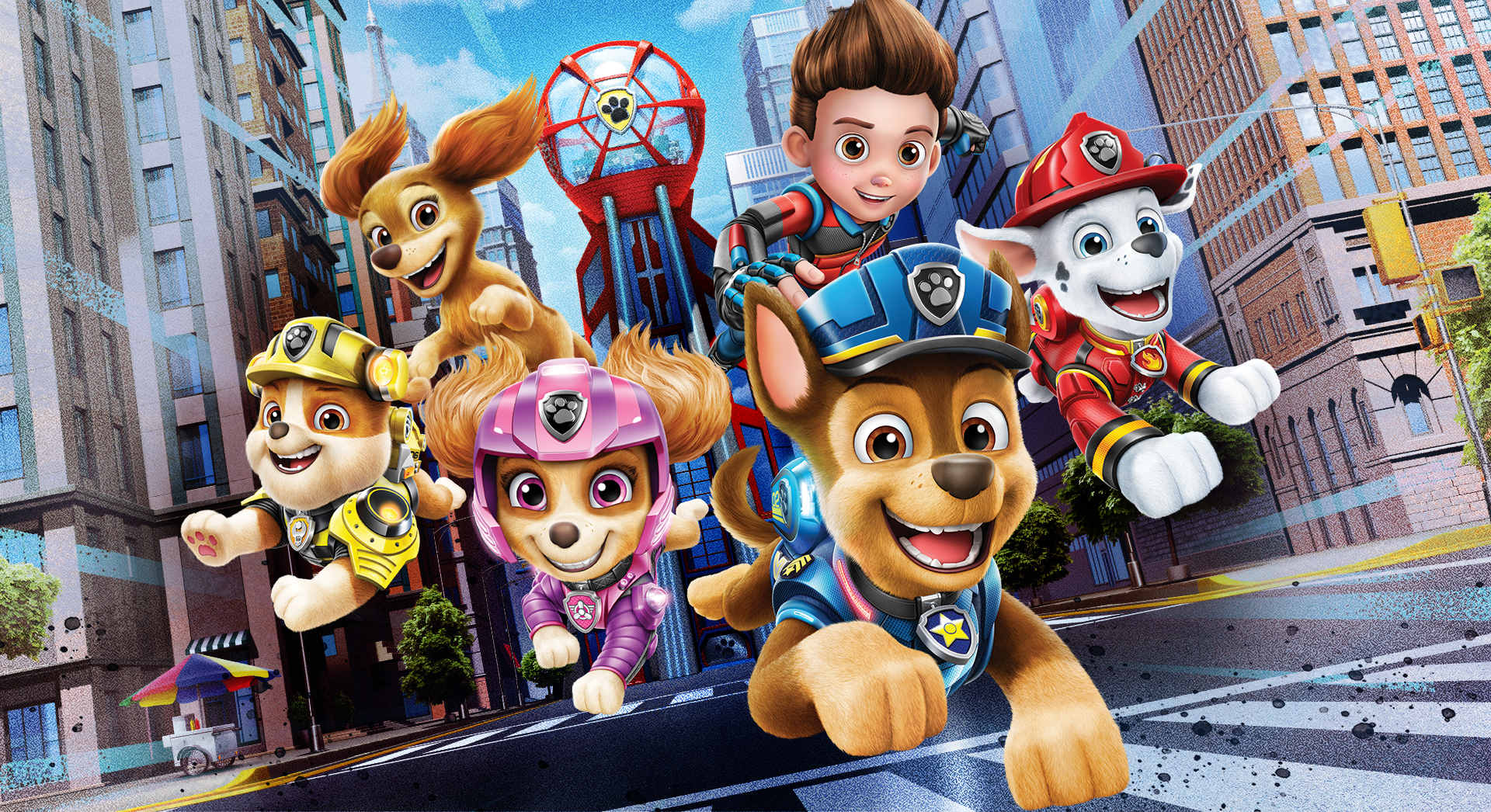 The movie is one that revolves around the canines that have been rescued and put to work by a kid named Ryder. The film is set in an area known as the Adventure Bay and Ryder is a kid who is encouraging these investigatory and sniffing dogs to a bigger purpose. He is pushing them to ensure the safety in the area and protect everyone. The designations of each of these dogs is akin to that of real life. From fire protectors to investigation dogs, there is everything a civilian dog might need. And that is one of the things we really love. We love the personification of dogs here. It is like giving another life to them and is almost a Disney-esque move, if it wasn’t for so many other studios doing the same. Nevertheless, we really like it.

The synopsis for the movie goes as: “When their biggest rival, Humdinger, starts wreaking havoc as the mayor of Adventure City, Ryder and everyone’s favorite heroic pups kick into high gear to face the challenge. Armed with exciting new gadgets and gear, the PAW Patrol joins forces with a savvy dachshund to save the citizens of Adventure City.”

The plot for the movie seems genuinely engaging and there has been talk of how good it is for children. So we are really looking forward to it on that front, as we too want to experience it for what it is, and the morals that it imparts.

Read More: The Five Best Formula One Drivers in History

The cast for the movie sees some names returning from the original PAW Patrol series. A lot of the characters from the TV show mark their return with their respective voice actors playing the part. Beckett Hipkiss as Ryder, Lilly Bartlam as Skye, Kingsley Marshall as Marshall, Shayle Simons as Zuma, and Ron Pardo as Mayor Humdinger make a comeback in the movie, and we love to see it. Kim Kardashian and Jimmy Kimmel will also be making appearances in the film, among many others. So the cast is well put together, and we have a lot of hopes from it.

Read More:Annette: A Haunting Story Of Romance And Passion

Now this is the part most of you have been waiting for. The PAW Patrol movie is going to hit the theaters pretty soon. The movie is scheduled for an August 20, 2021 release in theaters and we are really looking forward to it. It has been quite difficult to stick to release dates in this pandemic, so it is a good thing that PAW Patrol seems to be sticking to it. The movie will also be streaming on the Paramount streaming platform too. So stay updated on that if you don’t want to watch the movie in theaters.

You may gather all the latest PAW Patrol News and book movie tickets from here.

The movie so far has been receiving a lot of love, so we are really looking forward to it. If you haven’t watched it yet, watch the trailer for PAW Patrol: The Movie on Youtube.

What do you think about the latest PAW Patrol movie? Are you excited for it? Are you going to go for the theatrical release? Let us know in the comments down below.

Willard Grosshttps://thefranchisehound.com
Willard Gross is a content writer with an eye for detail. He loves to write and create, but he also enjoys reading and analyzing the work of others in order to critique it. With every sentence he writes, Willard strives for perfection: each word should be just right.
Previous articleSmall Town News: KPVM Pahrump: All You Need To Know
Next articleJurassic Park: Sam Neill Spills The Tea On The Movies That Made Us