Pray Away: Plot, Release Date, All You Need To Know

Netflix’s newest documentary is one that is surely going to make a lot of news. It is not very often that we see documentaries or any sort of production that talk about the treatment of the gay community and queer people in general before they were widely accepted in society. It is often a topic that many are mum about and won’t be willing to talk about. Only recently has there been a change in the perspective of the people. Even then, it is not perfect. There is still rampant homophobia floating around these big issues with not many willing to fight for them. And fewer still are those who want to talk about all that it took to get to this point. It seems like the creators of Pray Away are one of those people. And so we’re really enthused to talk about this today.

Pray Away is a film that focuses on the deep rooted homophobia in society and takes us back to the origins of it all. It is a film that shows us all the horrific things that happened, and the scars they left behind. It is a documentary that shows the reality of how queer people were actually treated in the past, and not how we are led to believe. There is a lot to talk about when it comes to this documentary. We’re sure you’re curious about the trailer, release date, and the premise for Pray Away. So keep reading on to find out all that you need to know about the new Netflix documentary.

Pray Away: About the Documentary

The central premises for Pray Away lies with Exodus International. Exodus International was one of the most controversial and one of the most influential organizations in the past, which held the belief that gay people could somehow be converted or cured of their supposed condition by praying all their homosexual thoughts away so that they could become good. While highly homophobic in nature, the organization was quite an influential one. And with influence comes a lot of power. Exodus International became the front of many to promote gay conversion and had a lasting impact. It led to many gay people being pressured to undergo conversion therapy. And the effects were devastating to say the least.

The biggest turn in the history of the organization came from the founding members themselves. It lost its power when it was revealed that many of the same people who promoted the organization didn’t believe in its impact anymore. They didn’t believe the same ideals they were selling to the gay population. And were confronted by the fact that their own attraction to the same gender never changed. 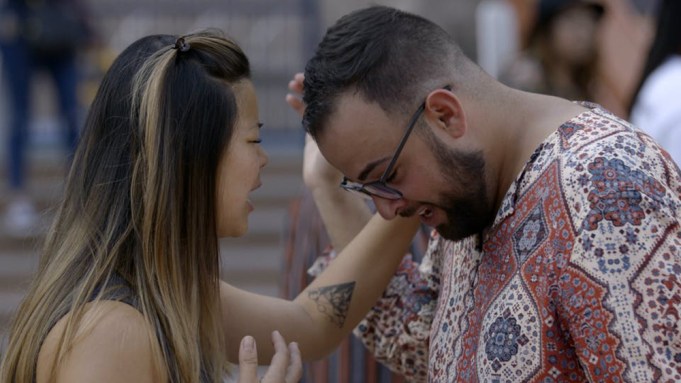 Netflix has revealed the official summary for the film. It goes like, “In the 1970s, five men struggling with being gay in their Evangelical church started a Bible study to help each other leave the “homosexual lifestyle.” They quickly received over 25,000 letters from people asking for help and formalized as Exodus International, the largest and most controversial conversion therapy organization in the world. But leaders struggled with a secret: their own “same-sex attractions” never went away. After years as superstars in the religious right, many of these men and women have come out as LGBTQ, disavowing the very movement they helped start.”

The documentary has had quite a positive response so far. Many critics have praised the documentary for shedding light on the reality of gay conversion. It has been praised for bringing into light what happened in the shadows to gay people every day. Some felt that the movie did a great job for explaining the entire story behind the issue. They felt that the movie, while going into the issue, also explained why the issues arose the way they did. So far, it all seems to be going really good for Pray Away. The premise, the trailer, the reception, and everything else have been spot on. So we’re really excited to see what the documentary has in store for us.

Many of you might be wondering about the release date for the documentary. While it has been released to some critics, it is not yet available for public viewing. So it is quite an awaited one. Pray Away will be released on Netflix on August 3, 2021. So it is almost here. We personally cannot wait to get a chance to watch the documentary. It is going to be something really insightful and knowledgeable. And we have a lot of high hopes for it.

What do you think about Netflix’s latest documentary? Are you looking forward to it? What does it mean to you? Let us know in the comments down below.

Willard Grosshttps://thefranchisehound.com
Willard Gross is a content writer with an eye for detail. He loves to write and create, but he also enjoys reading and analyzing the work of others in order to critique it. With every sentence he writes, Willard strives for perfection: each word should be just right.
Previous articleBoogie Nights: A Look At The Adult Film Industry
Next articleCharlatan Movie Review: A Grim Retelling