Pretend It’s A City: A Monologue Of Days Past

When the COVID-19 pandemic took the world by storm back in 2020, we saw the world in a light we had never seen before. Empty streets, eerie silence, people keeping their distance from each other, and in general, an antisocial society became the norm. Pretend It’s A City is the embodiment of a world that is opposite to all of that. It is the story of the city as it used to be before the pandemic, and before the world was what we now know it to be. Of course, that is not the true purpose of the documentary, but it is rather impossible to ignore the contrast here.

Fran Lebowitz is at the forefront of the story here. Maybe a story is not even the right word for this. It is a documentary that is unlike any other documentary. It is even akin to a talk show. In general, it is a piece of art that is made for the purpose of taking us to the very real side of the world that we have learned to forget. With Martin Scorcese heading the show, there is a lot to expect here, and there is certainly no dearth of interesting moments. This makes me talk about the show today, and go into detail about what it is about, and what it brings to the table for most of us. So let us talk about a new addition to the vast library of interview documentaries, and ponder upon it.

Read more: The Craft A Supernatural Horror Waiting For You 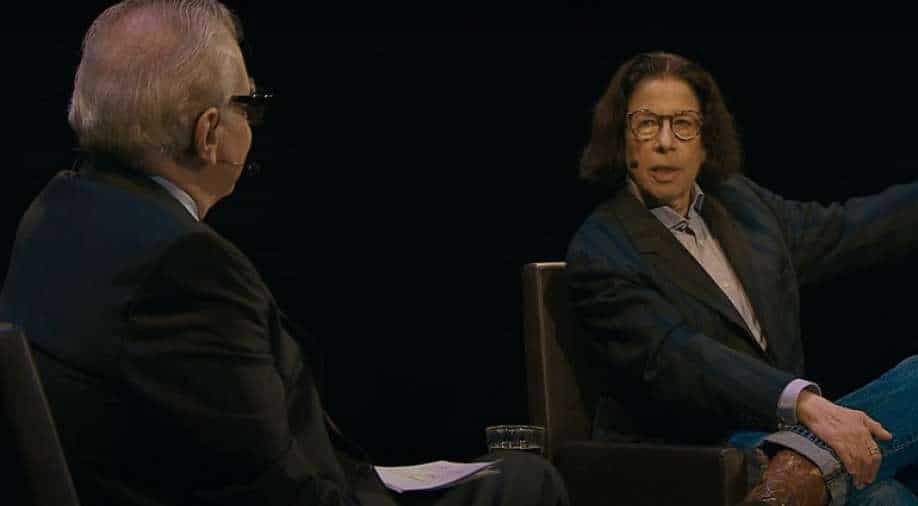 When you watch the trailer for Pretend It’s A City, it is really difficult to not let out a chuckle at the surface level and mundane proceedings of everyday life. The trailer takes us on a small journey through the everyday life of Fran Lebowitz as she goes about her daily errands, and talks about the little quirks and joys of living in perhaps the greatest city in the world. Pretend It’s A City takes us on a journey of Lebowitz’s life and showcases it in a light that is made more humorous and tasteful by the woman herself. Living in New York City, she has had the experiences that a typical Yorker experiences every day in their life, and while some of it is often mundane, there is a sense of uncanny humor somewhere in Lebowitz’s delivery that makes it seem that much more interesting.

The show is rooted in New York Manhattan for the better part of its run, as that is where the artist and writer have spent most of her career and accumulated her experiences. This is not the first time Scorcese and Lebowitz have come together. Earlier, the duo came together for a documentary called Public Speaking, in which Lebowitz talked about her views on life and philosophy and gave the public another lens from which to view reality. Considering how amazing that was, I went into Pretend It’s A City with a lot of expectations. The way she talks about things and quips about the little stuff is something that I have rarely ever found interesting in someone else. But her charisma really is everything. Lebowitz talks about the way she lives every day and the interesting events she experienced growing up. Occasionally, the show would cut to one of these events in the past with a small peek into the way it all was, and at other times, it would cut to previous interviews that the author has held with other famous personalities in the past. New York City, which appears to be a big part of the show also makes its presence known as we saw in the trailer. The documentary shows the woman on her daily rounds in the city and interesting things happen. It is all something that will not cease to make you laugh at any moment, and the way Lebowitz pulls it off so effortlessly is something to really admire. “Pretend It’s A City”, she tells her audiences, when they ask about the one thing she would advise to someone coming there for the first time.

All of this is paired with flashbacks and throwbacks to the past that will simply make you awe at times. The Scorcese touch is certainly there, and the energy that he provides to the show with his own energetic interactions is something that really sets Pretend It’s A City apart from the rest. There is certain chemistry here that is really precious, and something that should not be overlooked. Anyone can hold an interview, but not everyone can do it the way Martin Scorcese does. The way he laughs and the way he has a friendship with the star of the show here is something that cannot easily be forgotten. It takes two to make humor out of a situation, and Scorcese is an amazing participant.

Scorcese not only fuels the fire that Lebowitz gladly puts the flame to, but rather he fans it and spreads the flames. It is rather difficult to find moments that are dull in the documentary, and there is always something interesting that the duo talks about. It helps that Pretend It’s A City is broken down into pieces that are a half hour each and don’t force the viewer to watch it all at once. Each episode is different from the rest. Some are more grounded in reality, while some are more about aspirations, and then there are those that simply go with the flow. But all things considered, the creator has certainly put his intellect and talent to the production, and it clearly shows.

Lebowitz is a funny woman, and quite an observant one too. But the show also brings a sense of emotional depth at the forefront that we don’t usually get to see from her. She talks about her childhood and the way she had her own struggles while growing up. Watching it all, it is really difficult not to relate to her and feel the words that she says. She showcases to everyone who she truly is and that everyone goes through their own struggles, while at the same time sharing fond memories of a time long past. It all comes together as a really emotionally breathtaking and hilarious phenomenon. And perhaps that is one of the best compliments that can be given to this show.

Read more: Get to See Bruce Willis in Cosmic Sin

Pretend It’s A City is a monologue of a time well past that we really need to look forward to. Life moves on and changes, but some things need to return to the way that they were before, and this documentary is a testament to that statement. I feel no hesitation recommending you to give this one a watch. If you like the trailer, you’re going to love the ride. And you can take my word for it.

Pretend It’s A City is currently streaming on the Netflix platform. You may check it out at the following link:

The documentary currently holds a score of 91% on Rotten Tomatoes, based on reviews by critics. That is an exceptional score for any documentary.

You may watch the trailer for the series here:

For those of you who have watched the show, how did you feel about it? And what are your thoughts about the way Lebowitz describes New York City? Let me know your thoughts and opinions in the comments down below.

Willard Grosshttps://thefranchisehound.com
Willard Gross is a content writer with an eye for detail. He loves to write and create, but he also enjoys reading and analyzing the work of others in order to critique it. With every sentence he writes, Willard strives for perfection: each word should be just right.
Previous articleThe Craft A Supernatural Horror Waiting For You
Next articleWaiting For Another K-Drama “Itaewon Class”?