Prometheus 3: Is It Still On The Table?

Ridley Scott is a name that needs no introduction. And the same is the case with the Prometheus franchise. I’m sure that all of you are aware of the highly popular Alien franchise from our childhoods. In fact, it is a household name that is known by almost everyone, whether they are movie buffs or not. With that being said, there is a lot of talk about Prometheus 3 and a lot of speculation surrounding it. So what exactly is the deal with the third film in the prequel trilogy?

Prometheus 3 has been overdue for quite some time now and fans are growing impatient with the lack of news and new announcements surrounding the franchise. And I feel the same way. It has been way too long since we saw Alien: Covenant in the theaters and the thirst for more Alien content just grows more intense each day. So where is Ridley Scott with the Prometheus finale? That is what we are going to discuss today. So keep reading to find out all you need to know about Prometheus 3, and if it will even happen.

Prometheus 3: About The Franchise 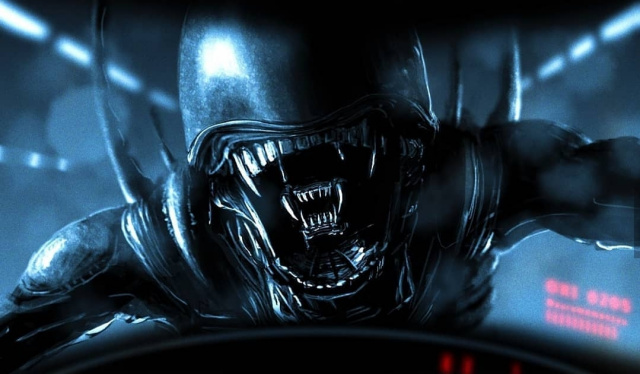 Prometheus is a franchise created by Ridley Scott as a prequel to the highly popular Alien franchise of the 70s. Alien was a household name that grew really popular towards the end of the 20th century and went on to become one of the most popular science fiction franchises of the time. In fact, the franchise was so popular that Ridley Scott stepped away from it following the first film, with the next film being directed by James Cameron, and the one after that being directed by the legendary David Fincher.

Needless to say, it is no small thing to try and live up to the expectations that were set by the franchise back when it came out. It was simply ahead of its time and people were amazed by the newness of it all. But that didn’t make Ridley Scott back down. He started playing with the idea of bringing back the Alien franchise and continuing it in a different manner. And that is when he came up with Prometheus.

Ridley Scott released the prequel to the Alien franchise, Prometheus, in 2012. It was quite a different beast than what we had become used to with the Alien franchise, and was a breath of fresh air that we needed. However, many people did not feel the same way, and the movie received a generally mixed response, with some applauding it for exploring the roots of the franchise in a manner quite different from the initial films, while others criticized it for being too different and not fitting into the franchise.

The film still went on to be a blockbuster and earned a lot on its opening weekend. It was a big commercial success and prompted Scott to go ahead with Alien: Covenant. In fact, Scoot had planned a lot further into the future than just Covenant. When asked about the next Alien film, he said, “Yes, but it won’t be in the next one. It will be in the one after this one or maybe even a fourth film before we get back into the ‘Alien’ franchise… The whole point of it is to explain the Alien franchise and to explain the how and why of the creation of the Alien itself. I always thought of the Alien as kind of a piece of bacterial warfare. I always thought that original ship, which I call the Croissant, was a battleship, holding these biomechanoid creatures that were all about destruction.”

Covenant, though, was not the big hit that Scott had predicted it would be. It went on to do very poorly at the theaters and barely made any bank. It was also received with a very underwhelming response. All things considered, the movie was a complete failure and was nothing compared to Prometheus.

Prometheus 3: Is It Going To Happen?

Now we come to the movie at hand. Is Prometheus 3 even in the works? And is it ever going to happen? That is a question that every one of our fans is asking themselves. And the answer is that we do not know for sure. There is a lot to go off on though. Ridley Scott is hardly someone who keeps a secret and has said a lot about the franchise returning to the big screen. However, following the failure of Covenant, it seems a little difficult to bring the franchise back to the big screen.

In his statement, Scott said, “We went down a route to try and reinvent the wheel with Prometheus and Covenant. Whether or not we go directly back to that is doubtful because Prometheus woke it up very well. But you know, you’re asking fundamental questions like, ‘Has the Alien himself, the facehugger, the chestburster, have they all run out of steam? Do you have to rethink the whole bloody thing and simply use the word to franchise?’ That’s always the fundamental question.”

This doesn’t really confirm anything, but we can be sure that it certainly is on Scott’s mind. And that is quite a hopeful thing because he is the one who can really bring the franchise back to life. So I’m really looking forward to him moving forward with Prometheus 3. However, nothing can be said for sure, and only time will tell whether there is enough there to make a Prometheus 3 happen.

With that being said, there are still two movies that you can catch up on before Prometheus 3 comes out. I would highly recommend you to watch Prometheus if you are a fan of the Alien franchise as it really brings out a new side of Ridley Scott’s story. In the meanwhile, we can stay hopeful about the future of the franchise, and keep our fingers crossed.

Prometheus is currently available to stream on Amazon Prime Video. Check it out at the following link:

The movie currently holds a rating of 7 out of 10 on IMDb, based on the user reviews. IMDb is our preferred platform for all movies and TV shows.

You may watch the trailer for the original movie here:

What are your thoughts on Prometheus 3? Is it going to happen? Or is it merely wishful thinking? Let me know your thoughts in the comments down below.

Willard Grosshttps://thefranchisehound.com
Willard Gross is a content writer with an eye for detail. He loves to write and create, but he also enjoys reading and analyzing the work of others in order to critique it. With every sentence he writes, Willard strives for perfection: each word should be just right.
Previous articleViolet Evergarden Season 2: Is It Still Happening?
Next articleCasinos in The Movies