Q: Into The Storm: A Conspiracy Theory

How many of you here are fans of conspiracy theories? I would be willing to venture and say that a good portion of you have believed in one conspiracy theory or the other at some point in time. That is what really makes a conspiracy theory what it is. It is the sense of believability and the realism that it has behind it. That is why we are always raving about one conspiracy theory or the other. But what does that really mean in the grand scheme of things? Have you heard about the QAnon? Do you know what it is all about? And do you have an idea of the impact that it has had on the world? These are the questions that Q: Into the Storm is going to answer for you.

HBO has been amazing at putting out content over the past few years. There is hardly any content put out by the publisher that doesn’t live up to the standards. And that is all due to the amazing team behind the shows and the pains that HBO takes to ensure that only the best content is delivered to its audiences. And HBO has also been dabbling with the concept of docuseries for some time now. Earlier on the channel, we talked about a six part Docuseries that I really liked. And now, this is another six part docuseries by HBO that I’m beginning to adore for the way that it is. Q: Into The Storm is one that I really want to talk about. So without much further ado, let us get right into it.

Q: Into The Storm: About The Show 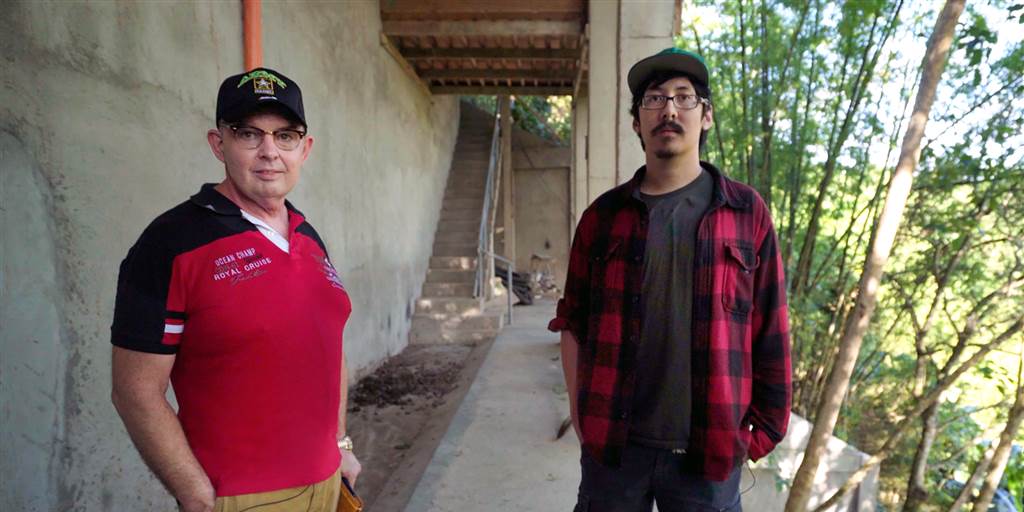 Q: Into The Storm, helmed by Cullen Hoback in the director’s chair, is a show that is centered around the QAnon conspiracy theory, and explains everything about it in detail. It is not here to establish any new ideas about the theory or to expand on it. But it is definitely here to give us an idea of what it is really about. Taking place in the years of the Trump administration, the conspiracy theories surfaced and took the world by storm. Although many called them anti-Semitism at the time and many were against them, QAnon quickly gained traction and people started chanting their slogans. It was a proper movement that quickly got out of hand, and it was said that Trump was messaging and retweeting hundreds of QAnon accounts a day on his Twitter handle. How much of this is true is unknown, however.

The theory was involved around the fact that a secret organization of shady pedophiles and sex offenders were involved in sex trafficking around the world and that Trump was battling them in secret and was about to do a major sting operation on them and expose them. The cause had many followers behind it and funding it, but at the deeper level, it had to be said that it did not make much sense. However, since Trump went out of office and Biden came in, things have been calmer and the conspiracy theorists have settled down.

Major websites such as Facebook have resolved to ban any discussion of the theories on their websites altogether and removed and groups that were involved in the same. Forums like 8chan, 8kun, and Reddit, which were breeding grounds for these groups, have continued to function largely the same, however. These are all the things that Q: Into The Storm covers over its runtime of 6 episodes. It is a mini docuseries by all means, but one that really has some good basis in reality.

Hoback digs a little deeper and exposes the conspiracy theory for all to see and brings together the people that were the backbone for the movement, including the founders for these websites that were supposedly the breeding ground for the movement. At the end of it all, Hoback even does a genius reveal about the identity of Q, the supposed whistleblower. However, the man in question doesn’t accept his identity as Q. All things considered, it is quite an affair and one that you would just love if you’re a fan of conspiracy theories.

Q: Into The Storm: Final Words

Now, if you’re someone who is into conspiracy theories, Q: Into The Storm is a docuseries that you are just going to love. Taking root in politics, the series has made quite a name for itself and HBO has again hit it out of the park. I personally really liked it and would recommend it to everyone. It’s really informative, but never at the cost of entertainment.

Q: Into The Storm is currently available for streaming on HBO Max. You may check it out at the link below:

Watch Q: Into The Storm on HBO Max

What do you think about the series? Are you a believer of QAnon? Are you invested in the theory? Let me know your thoughts in the comments down below.

Willard Grosshttps://thefranchisehound.com
Willard Gross is a content writer with an eye for detail. He loves to write and create, but he also enjoys reading and analyzing the work of others in order to critique it. With every sentence he writes, Willard strives for perfection: each word should be just right.
Previous articleLaugh Out Loud With Expecting Amy
Next articleInteresting Things About He’s All That You Didn’t Know