It has been a tough time for most of us. And book lovers will relate to this too. But Netflix has us covered. The OTT platform just released an anthology of stories from the legendary author Satyajit Ray. Starring big name like Manoj Bajpayee, Harsh Varrdhan Kapoor, Radhika Madan, and Ali Faizal, it’s certainly big on the crew. And it is certainly big on the source material. Satyajit Ray is one of the most celebrated writers, as well as filmmakers in India. And on his 100th anniversary, Netflix has brought us this anthology of short films to keep us engaged. There’s a lot to talk about here.  And it’s not all good, or all bad for that matter. It’s a mixed bad, and something we would like to talk about. So keep reading on if you’re hooked and find out what we have to say about it.

Ray: What’s The Series About

Ray is a collection of anthologies adapted from the works of Satyajit Ray. The series adapts the treasured writer’s works and each episode is a story of its own. It is like a short film with each episode. The episodes are only connected to each other in that their themes are similar. Other than that, each is a story by itself, with its own lead. 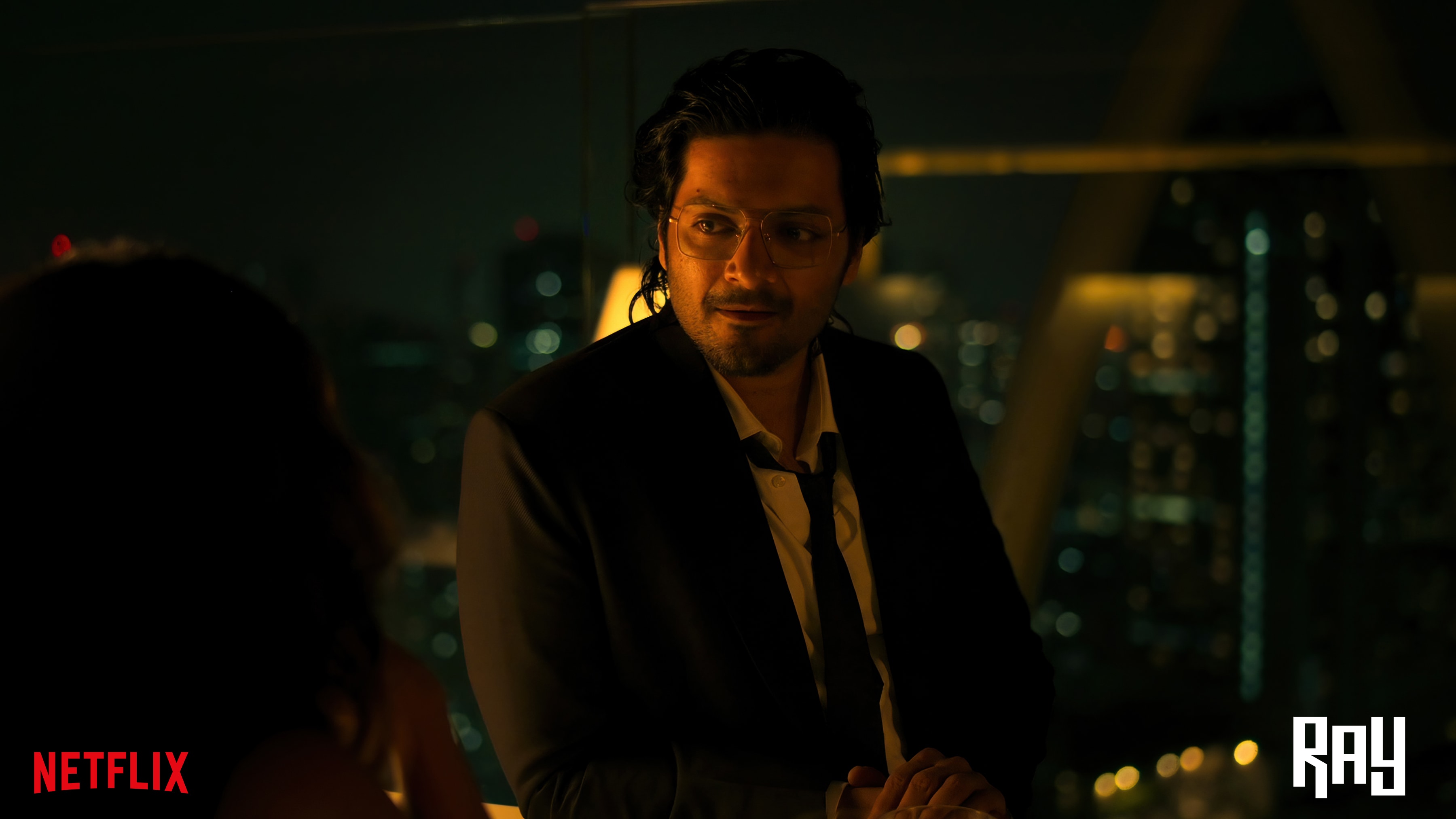 The first episode is called Forget Me Not, led by Ali Faizal. It follows the corporate leader Ipsit, as he makes his way up the corporate ladder, with little remorse for the trail he leaves behind. Everything is going great until he meets someone that sends him down into the dumps. The episode is a good one. But it is ultimately held back by the unorganized way the plot is handled. There is a lot going on but nothing really hits home. It is something that had a lot of potential that it did not live up to. However, Faizal’s performance is notable excellent. The second short film we’re going to talk about goes by the title Bahupriya, starring Kay Kay Menon. The film focusses on the character played by Kay, a make up artist trying to make it big but ultimately overlooked and ignored by everyone. His descent into madness and the end is unflattering to say the least. And the film just tends to fall flat on its face. That is not to say its bad. It just doesn’t wow us. The third film in the series brings us something new. One of the better films in the series, and an amazing one in general Hungama Hai Kyon Barpa nails all the aspects it tries to tackle. Starring Manoj Bajpayee and Gajraj Rao as two men who just met on a train, it blows us away. The men feel like they have known each other before and there is something connecting them. The film is ultimately an amazing one, with amazing production and highly inspired screenplay. It is one that we highly recommend and is one of the high points for the series. The talent is on full display here, whether it be the actors or the people behind the scenes. Everything is just as it should be

There’s a lot to be said about this one. Arguably the best film in the series, Spotlight is just perfect for what it is. Centered on Harsh Varrdhan Kapoor’s character Vik, Spotlight is the story of an actor going through a mid life crisis. Losing his touch, Vik goes through a lot in the film. Overshadowed and evicted from his room by a strange woman Didi, Vik has a lot to think about. Played by Radhika Madan, Didi is arguably a strong character and one that has Vik thinking about where he really stands. It puts the character in a lot of doubt about himself. That being said, Harsh Varrdhan Kapoor is undoubtedly the star of the show, and has put out a stellar performance here.

Spotlight, according to us, is the best movie of the lot and has a lot to offer over its runtime. The cinematography, as well as acting, is so well executed and the plot so well handled, it is hard to not recommend it. It is a really phenomenal short film for what it is. The vibe, the grim atmosphere, and the urgency of the film all come together to offer a complete package.

Ray: Should You Watch It

We’ve talked about all that Ray has to offer here. And we have also gone into detail about each of the films. Given the fact that two of the films offer so much and the other two offer so little, it is a little bit difficult to say anything really. While Ray is an excellent series for what it offers, it might not be for everyone. But the final two stories make up for everything. In our view, we would say that we would recommend the show. And if it came to recommendations, we would recommend watching the good films in the series, and skipping the average ones. They’re not connected in that way anyway. So we feel that they can be skipped. But Bajpayee’s and Harrshvardhan’s performances are to watch out for. So do not miss them at all. Overall, the series is a good recommendation from our side.

You may watch Ray on Netflix, where it was recently released, by clicking the link given below

The series has generally received mixed reviews, because of the discrepancy in the quality of the episodes. While Spotlight is commonly accepted as the high point of the series, the two not so good films make for a mixed audience. So it is not really fair to give it a rating. It totally depends on the viewer what they make of the show. 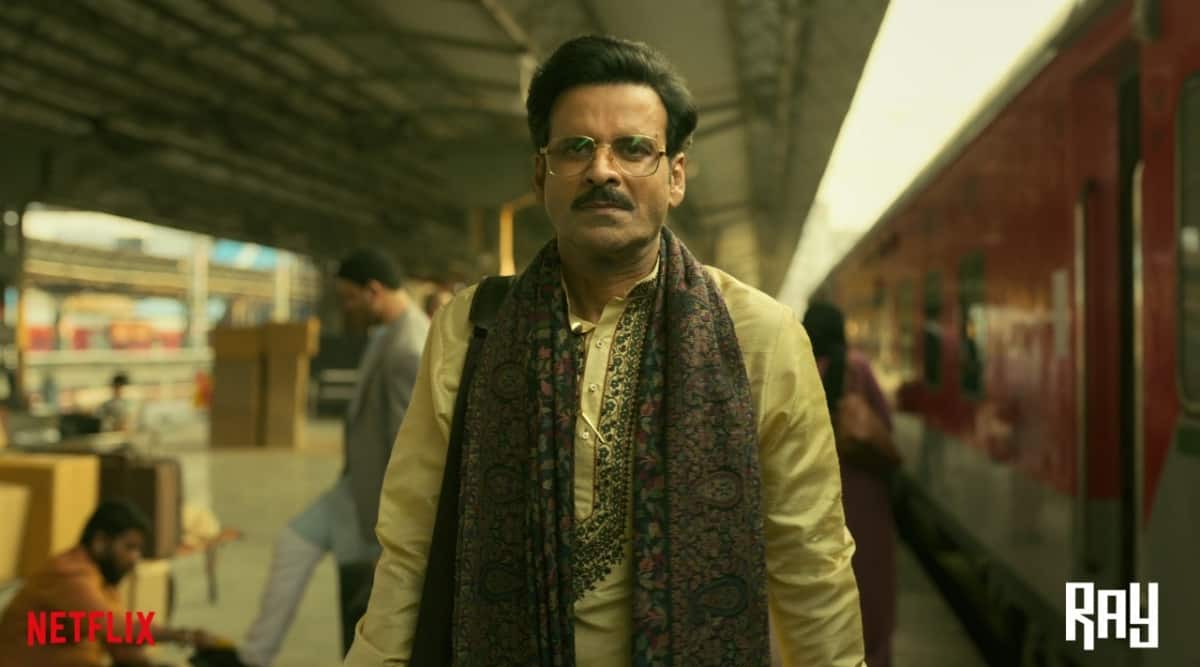 What do you think about the show? Do you like it? What are your thoughts about the parts? Which ones did you like? And what about the acting? Let us know in the comment section down below.

Willard Grosshttps://thefranchisehound.com
Willard Gross is a content writer with an eye for detail. He loves to write and create, but he also enjoys reading and analyzing the work of others in order to critique it. With every sentence he writes, Willard strives for perfection: each word should be just right.
Previous articleKatla: Netflix Hits A Home Run
Next articleInside Edge Season 3: Release, Cast, Plot and More!