Rebel Moon: All You Need To Know

Earlier this year, we got to witness the release of Zack Snyder’s first original movie for Netflix. And we even reviewed it. And needless to say, it was the typical Snyder package. Hence, we could not easily recommend it to viewers of all demographics and tastes. But that may be bound to change when it comes to Snyder’s next movie. Rebel Moon is going to be the next movie in Snyder’s arsenal of original movies, and we just can’t wait for it. We are way too excited to see it on the screens and to talk about it. Rebel Moon seems like the kind of movie that we might even be able to recommend to fans of all genres without any qualms about it. So what is the movie all about? And what do you need to know? Read on to find out.

Rebel Moon: What Is The Story About

Rebel Moon is Zack Snyder’s upcoming original science fiction movie. Well, it is not exactly original when we come down to the truth of it. But the story has been written by Snyder regardless. Rebel Moon was supposed to be an inspired Star Wars project that never really took off. So Snyder just worked it into an original movie of his own. But the premise of the movie is definitely inspired by Star Wars and the Akira Kurosawa movies. And Zack Snyder said it himself in his statement that he was a huge fan of the movies growing up and they are definitely an inspiration for Rebel Moon. He also hopes that Rebel Moon will go on to become an Ip that Netflix will continue forward.

The movie itself has quite a mellow premise. The story takes place at the edge of the galaxy at a peaceful place. However, things soon go south as they are invaded by an intergalactic tyrant, who lays them under siege. Under siege, the planet’s people decide to send someone to bring aid to them. For the purpose, they recruit a young girl from amongst themselves, who they decide will be the one to bring them help from other members of the galaxy and help them survive the imminent attack. Snyder has definitely taken a lot of inspiration from George Lucas and Akira Kurosawa here. It is evident in the premise for the movie as well as the visuals. The Seven Samurai is especially a heavy influence on the film and one we really appreciate.

And that is all we know about the plot for the movie so far. Reputed writers from the likes of 300 will be reportedly joining the team too. 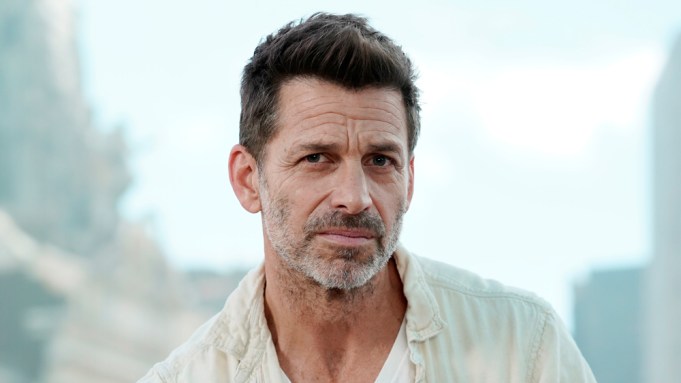 With all of the above, you might be wondering about the release date for Snyder’s supposed upcoming blockbuster. It has been a great year for Snyder, as he already has one film in the bag, in addition to two upcoming ones Twilight Of The Gods and Army of The Dead: Lost Vegas. Now adding Rebel Moon to that list really completes his arsenal for 2021. He was already having a great peak in his career with the release of the Snyder Cut for Justice League, and it seems like he is on a roll now. So with so many movies under his belt already, Rebel Moon is going to take quite some time as it is not a high priority right now. So it’s not coming out anytime soon.

Rebel Moon is supposed to go into production in 2022. Given the way things are currently working right now, owing to the coronavirus pandemic, it is going to be difficult to really see the film in action before 2023 or 2024. The pandemic has had a huge detrimental effect on production, and we expect the same to be the case for the next couple of years. So 2023-2024 would be our best estimate for the release of Rebel Moon. The film will be released on Netflix.

What do you think about Rebel Moon? Do you like the first look at the plot? How do you feel about the premise? Let us know in the comments below.

Willard Grosshttps://thefranchisehound.com
Willard Gross is a content writer with an eye for detail. He loves to write and create, but he also enjoys reading and analyzing the work of others in order to critique it. With every sentence he writes, Willard strives for perfection: each word should be just right.
Previous articleThe Real Housewives of Beverly Hills: All About “Violate”
Next articleThe Souvenir Part II: Yet Another Cannes Gem