If you have been gaming for a long period of time, then there is no doubt that you already know about the original S.T.A.L.K.E.R. game. The masterpiece came out 13 years ago and was way ahead of its time with the way that it told its story and the way that it handled its gameplay. Even more than that, the game was a big cultural icon that was loved by people across the world and especially in eastern Europe. And now, the original game developer GSC Game World is back with the next installment in the franchise, S.T.A.L.K.E.R. 2: Heart of Chernobyl.

I’m sure that most of you are curious about what the latest in the S.T.A.L.K.E.R. franchise brings to the table. After all, it is just such an iconic franchise and we have had to wait over 13 years to play the next game in the series. However, with the way that things are right now in the world, it has come as no surprise that the development of the game, which is being produced in Ukraine, has been affected by the attack of Russia on Ukraine. After all, it is one of the biggest events in the history of the two countries, so it is quite reasonable to put off the development of S.T.A.L.K.E.R. 2: Heart of Chernobyl until the tensions between the two countries improve and the situation of the citizens sees a dramatic improvement.

With that being said, let us talk all about what we know about S.T.A.L.K.E.R. 2: Heart of Chernobyl. While the game still isn’t out yet, we know a lot about it.

Read more: All-Time Best Shows on Disney Plus for Kids 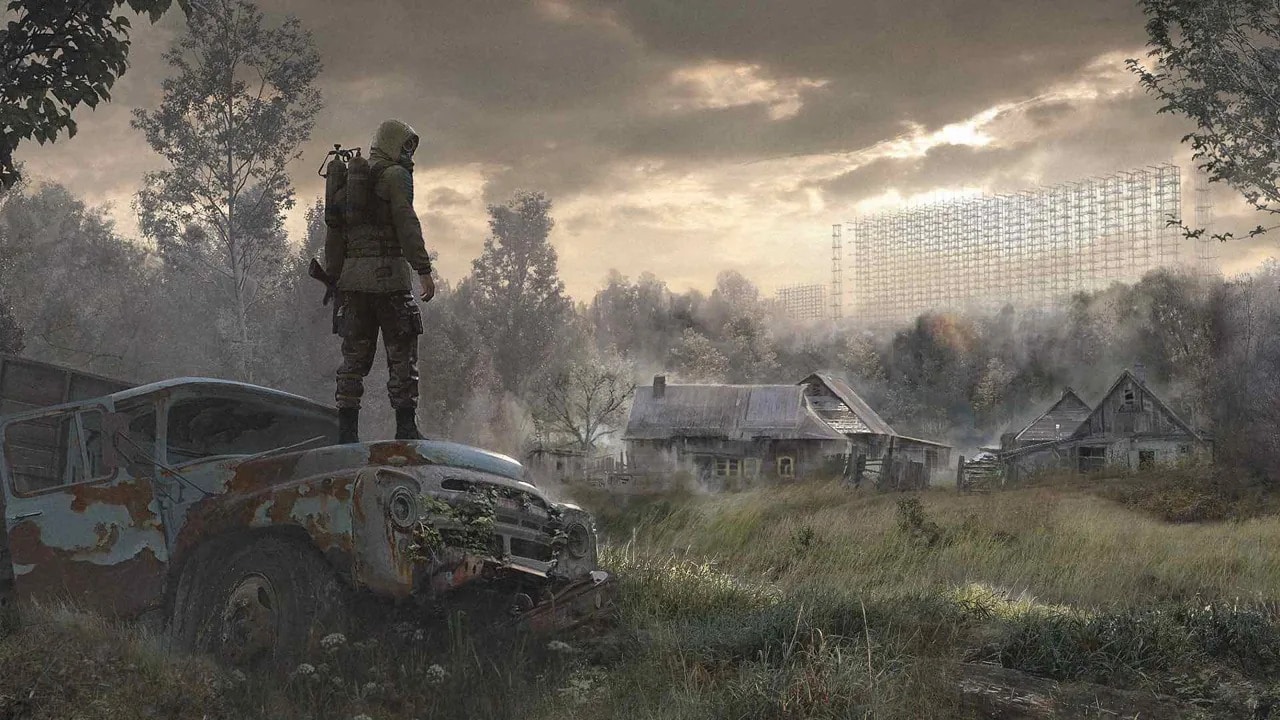 I’m sure that you’re wondering what it is that the new game is exactly bringing to the table, and if there is any chance that it will ever be able to top what the original game did. After all, the game is a pretty big deal in the Slavic countries and continues to be a favorite of the people. The original game itself had a tone that set itself apart from anything else on the market at the time. And it seems that the developer is following the same tone with S.T.A.L.K.E.R. 2: Heart of Chernobyl. The new game sets itself in a wasteland filled with nothing but horrors and desolation. In fact, it seems that they have held nothing back and have set the tale in the grey tone that they intended for it.

The trailer itself is as grim and as scary as it gets. On the other hand, it gives as much satisfaction as one would expect from a S.T.A.L.K.E.R. game. The trailer sets a dark vibe for the game and the gameplay that is depicted quickly puts players in the midst of the action, while alternating scenes in a really tasteful manner. As far as the story of the game goes, the developers have stated that the game will allow you to “Discover the vast Chernobyl Exclusion Zone full of dangerous enemies, deadly anomalies, and powerful artifacts. Unveil your own epic story as you make your way to the Heart of Chernobyl. Choose your paths wisely, as they will determine your fate and shape the future of the Zone in the End.”

While this doesn’t tell much about the story, it does make one thing clear. The new S.T.A.L.K.E.R. 2: Heart of Chernobyl is going to be quite similar to the essence of the first story in the sense that ultimately it is the actions of the player that are going to affect the outcome of the game and the lore in general. The game is also going to be one that is much darker than the original game, and that is something I’m personally really looking forward to.

This is one area that is going to be quite controversial for the game and it deserves to be. And that is because the developers of the game have slated S.T.A.L.K.E.R. 2: Heart of Chernobyl to be a console exclusive at the time of its launch. That means that the game will only be available on the Xbox Series X or the Xbox Series S. After a timed console exclusivity, the game will then be released on PC much later. However, the game is never going to be released on the PlayStation, and that is not going to sit well with fans of the games who are gaming on the Sony platform.

Further, the game is not going to be released on the last-generation platforms and the same has been stated by GSC Game World as the older consoles are not powerful enough to play the game and their performance is quite limited. This is a step forward in the right direction considering that the Xbox One is now almost 9 years old and has been superseded by the Xbox Series X for quite some time now.

Now, this is one subject that is at the heart of every gamer. I’m sure that you are quite curious about the release date for the game. And you would be in luck because we already know when the game is coming out. However, the unfortunate news is that the game isn’t coming out quite as soon as we expected. Instead, because of the war between Ukraine and Russia, the officials at GSC Game World have been the subject of the attacks on Ukraine by Russia and have hence shifted their focus from developing the game to taking care of their fellow acquaintances and company members. So work on the game is not expected to continue until the conflict has been resolved and Kyiv becomes a safe place to work again. The developers also stated that while the development has been sidelined, for now, it will continue after the conflict has been resolved.

Initially, before everything happened, the game was slated to release on April 28, 2022. Then, GSC Game World later announced a delay of 7 months and shifted the release date for S.T.A.L.K.E.R. 2: Heart of Chernobyl to December 7, 2022. This date still remains the last quoted date by the game company. However, it is expected that the game will face a small delay because of the ongoing conflict that we soon hope will be resolved and the people will be able to continue forward with their lives again.

Now, this is a controversial topic for many because the original game in the series was praised for having a good quality of content and not having DLCs. But it seems that the company is taking a different approach when it comes to S.T.A.L.K.E.R. 2: Heart of Chernobyl. This time, it has been announced that the company is going to release two story expansions in addition to the base game, which have “additional large-scale expansions that continue or expand the main story.” However, it remains to be seen what exactly these expansions will be, and if there will be other DLC alongside them. If you want to get your hand on the DLC when it drops in the future, you can simply go with the Ultimate Edition of the game which already includes the future expansions and the downloadable content.

If you’re already excited about the game, then there is no doubt that you might be looking to get your hands on it as soon as possible. However, with the release of the game quite some time away, the only thing you can do to get your hands on a disc of the game before launch is to pre-order it. This way, the game will be at your doorstep on the day of its release, and you won’t have to wait any longer than you have to. And if you’re using an online store to buy digital content, then things get even better because you don’t even need a disk to play the game and you are ready to go the moment the game is released worldwide.

Check out S.T.A.L.K.E.R. 2: Heart of Chernobyl on the Official Website

What do you think about the new game? Are you excited about it? Have you played the first one and if so, are you a fan of the franchise? Let me know all your thoughts in the comments down below.